"Vengo" by Ana Tijoux
Winner of a 2014 Latin Grammy, this French-Chilean rapper is great from start to finish. "Dawn" by Emma Donovan & The Putbacks
This is Australia's answer to Sharon Jones and the Dap-Kings. Emma Donovan is an indigenous singer backed by a rhythm combo from Melbourne. 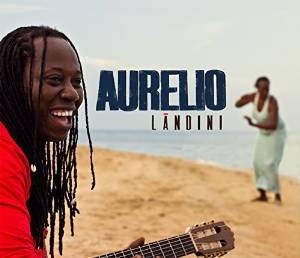 "Landini" by Aurelio
Garifuna music rests on the shoulders of this singer-songwriter from Playplaya, Honduras. "Les Ambassadeurs Du Motel De Bamako" by Les Ambassadeurs
A stunning double CD of vintage recordings made between 1975 and 1977 in Bamako, Mali."Jaiyede Afro" by Orlando Julius & The Heliocentrics
The latest in Afropop from Nigerian saxophonist, singer and songwriter Orlando Julius. Here he teams up with The Heliocentrics from London. "Motel Baja" by Nortec Collective Presents Bostich + Fussible
Bostich (Ramón Amezcua) and Fussible (Pepe Mogt) are a duo from Mexico and co-founders of Nortec Collective. A great fusion of Norteño and electronic music.   "Bless Up" by Ernest Ranglin & Avila
Surely one of the greats in Jamaican music. If the song "Follow On" doesn't bring a smile to your face, then I don't know what will."Toumani & Sidiki" by Toumani Diabaté & Sidiki Diabaté
This is a beautiful father and son collaboration by two masters of the kora from Mali. 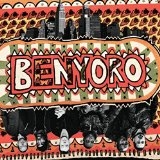 "Benyoro" by Benyoro
Debut album from this New York-based group. Members of the band hail from both Mali and the United States.

More from The World's Year in Review: