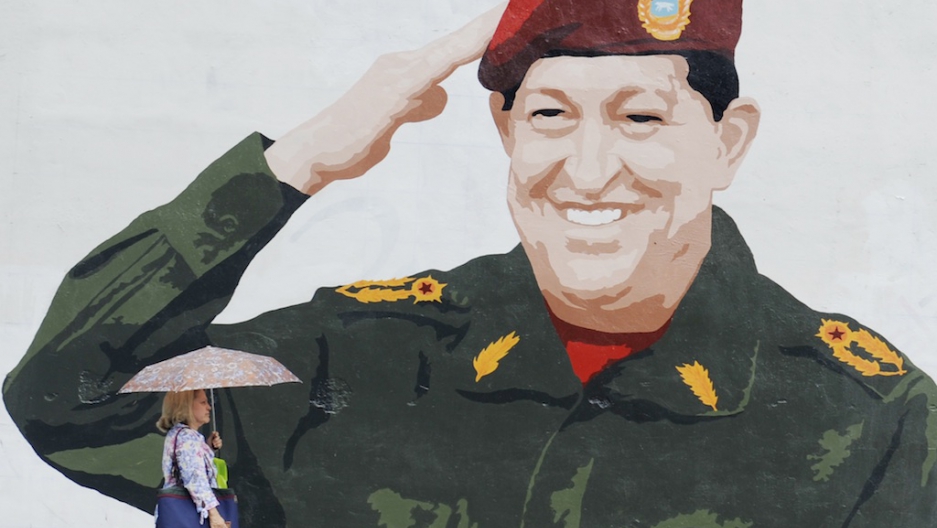 CARACAS, Venezuela — As well as the Canadians, the Pope and whoever else played their part in the warming of relations between Havana and Washington, there may have been one unwitting and unaware aid to the talks: Hugo Chávez.

Across the Caribbean Sea in Caracas, the Venezuelan government has for more than a decade been bankrolling Cuba's revolution, sending just under 100,000 barrels per day of oil as part of what analysts believe to be $5 billion to $15 billion of annual aid, or 15 percent of the country's gross domestic product.

Yet, Venezuela's own economy is crumbling.

Annual inflation is rising at more than 60 percent. The currency has dropped more than 30 percent against the dollar this month alone on the black market. Then, of course, there's oil's precipitous plunge in 2014 — sales of which make up 96 percent of the country's foreign currency earnings.

All in all, many economists are seeing a perfect storm in Venezuela for Maduro, whose approval ratings are languishig in the mid-twenties.

More from GlobalPost: Americans, here's what you've been missing in Cuba all this time (PHOTOS)

It may be no coincidence that talks between the US and Cuba began just after Chavez's death in March, 2013.

The Castros were likely aware that Venezuela would not be able to continue bankrolling the revolution. As much as the Cubans have attempted to diversify in recent years, it was never going to be enough without generous gifts from socialist Venezuela.

But this development leaves Chavez's successor, Nicolas Maduro completely isolated in the region. He no longer has his anti-imperialist ally while the rest of Latin America accepts more pragmatic and US-friendly governance.

Even just a few weeks ago Maduro was in a very tight corner, unable to enact much-needed economic reforms. Now, the floor has fallen from under him as Cuba effectively defects to the enemy.

It's likely to be a difficult year ahead for him.