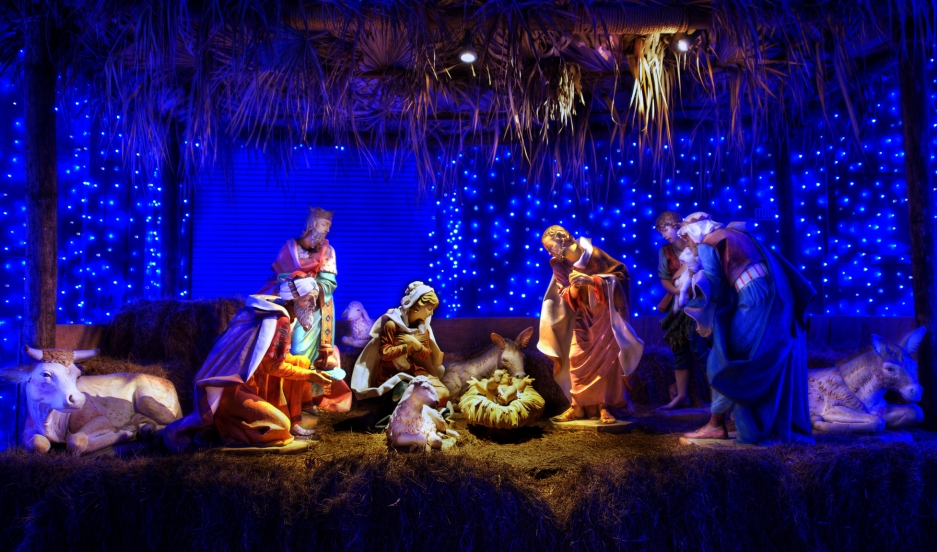 The holiday song "Silent Night" existed long before Christmas music ever was recorded.

Originally written in German and titled "Stille Nacht" by Joseph Mohr, the song was set to music by Franz Gruber and performed for the first time ever at St. Nicholas Church in Austria in 1818.

John Schaefer, host of WNYC's Soundcheck, shares some of his favorite renditions of “Silent Night”

Across the pond, Schaefer says residents of the United Kingdom seem to favor Sinead O’Connor’s version, which was released in the year 2000.

“As we know, she’s had a somewhat troublesome relationship with religion and the Catholic Church in general,” Schaefer says. But despite her past objections, O’Connor seems to love this song. The vocalist strips away the accompaniment and sings it in a minimalist style.

“It’s really quite unusual,” Schaefer says. “She’s going for something very stark and simple. To that extent, it’s true to the original first performance of the carol.”

This version of “Silent Night” with soprano Kathleen Battle and guitarist Christopher Parkening is one of Schaefer’s favorites. It was first released in 1996 on the album, “Angels' Glory — Christmas Music for Voice & Guitar.”

“Every year, another dozen sopranos, baritones, and tenors line up with the orchestras to sing this song, which is why the Kathleen Battle version sticks out to me,” he says. “She’s a great soprano, performing without an orchestra, along with the renowned Christopher Parkening as the only accompaniment.”

Formed in 1993, Low is an American indie rock group from Duluth, Minnesota, that features a husband-and-wife team at its forefront. Their rendition of “Silent Night” was first released on their holiday record, “Christmas,” in 1999.

“This gets pretty close to what I imagine that first performance sounded like,” Schaefer says. “It’s just two voices accompanied by an acoustic guitar. It’s a very kind of pastoral, restrained version that I find quite touching ... There’s a little twang to the harmonies, which makes it very American sounding.”

“It’s the sound of a man trying desperately — and unsuccessfully — to not be sexy,” Schaefer says jokingly. “It’s ‘Silent Night,’ but he just can’t help himself. There’s such a smooth R&B groove and a little late night dimming of the lights there. It’s a really fun version.”

A popular English pub rocker during the 1970s, Nick Lowe is still going strong. He released his version of “Silent Night” in October 2013 on the album, “Quality Street: A Seasonal Selection For All The Family.”

“He takes ‘Silent Night’ as sort of this blank slate to do with what he will,” Schaefer says. “What he wants to do with it is turn it into a hard charging, up beat, pub rock anthem ... It’s a party.”

This article is based on an interview from PRI's The Takeaway, a public radio program that invites you to be part of the American conversation.