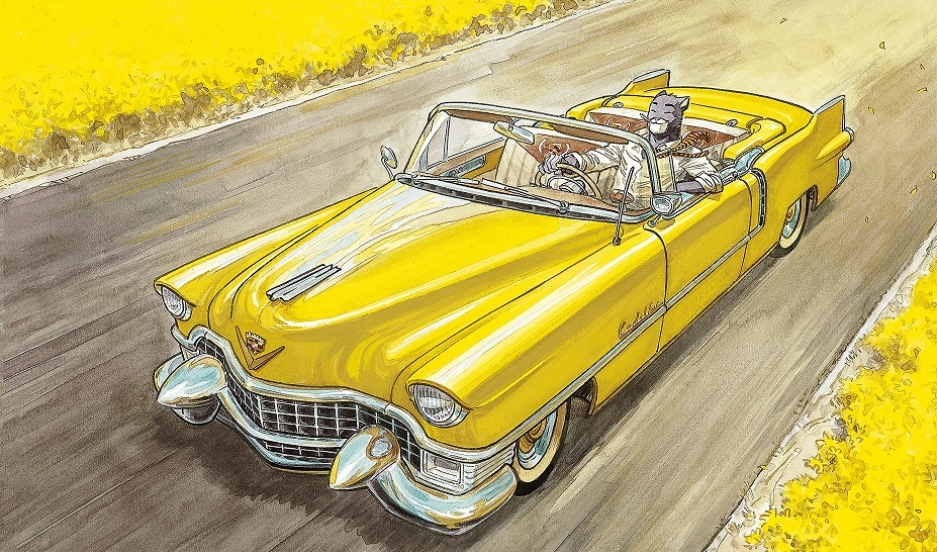 Blacksad on the cover of Amarillo

When I first came across the graphic novel series Blacksad, I had to do a double take.

Blacksad is a sort of comic book take on the classic film noir detective movies. You know, the kind Hollywood pumped out in the 1940s or 50s, with the likes of Humphrey Bogart playing the smooth, wise-cracking private investigator.

Except that in the Blacksad stories all the characters are animals who behave like humans. 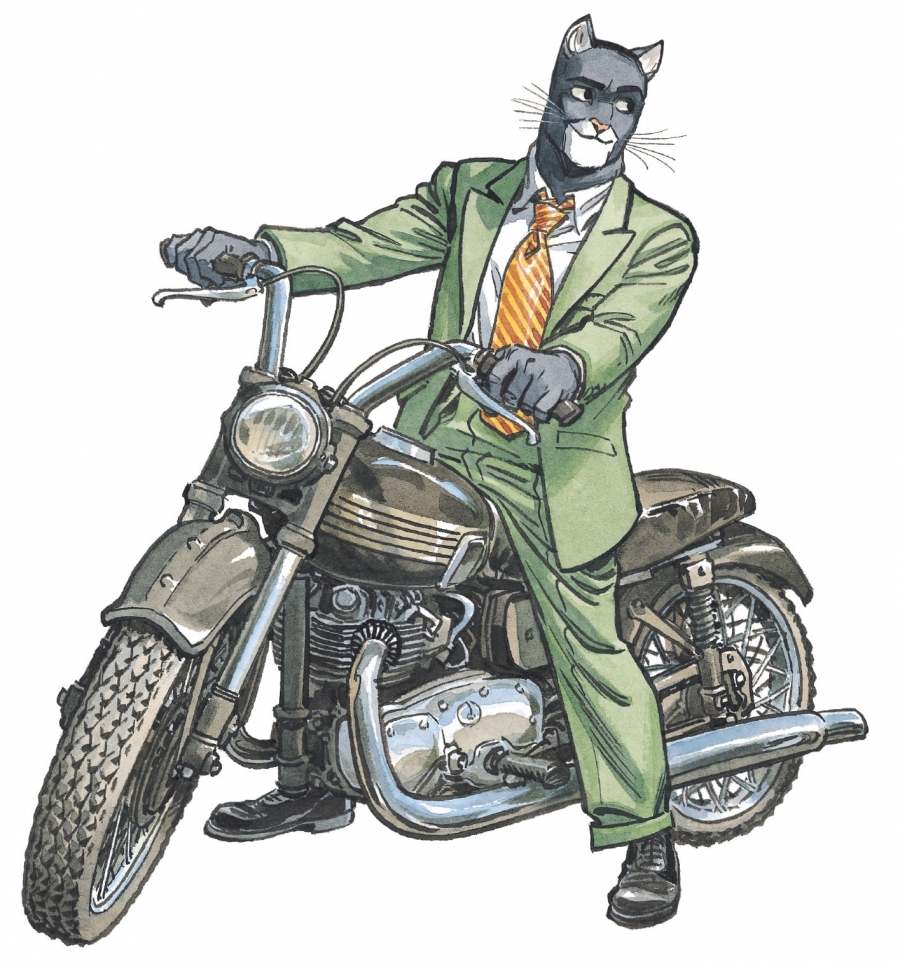 John Blacksad, the private eye hero of the series, is a black cat. But let me tell you, this is one smooth, cool cat. In his latest adventure, Amarillo, he starts off riding around in a bright yellow Cadillac Eldorado. But then trouble finds him quickly.

Everything about the stories is very American, set in the United States circa 1950. But Blacksad’s creators, Juan Díaz Canales and Juanjo Guarnido, are Spanish, and weren’t around in the 50s. Díaz Canales, who has written all five stories in the series and came up with the idea, never has set foot in the US. Yet he feels like he knows 1950s America pretty darn well.

“We’ve been absorbing it since we were kids through American movies,” Díaz Canales told me via Skype from Madrid.

Back in the 1970s and 80s, Spain wasn’t producing much of its own TV, so there was a lot of classic Hollywood fare in prime time. And that’s how Díaz Canales and Guarnido became film noir fans.

But it’s still a big jump from Bogart to Blacksad the cat. So why did the creators dream up a film noir world where all the characters are animals? 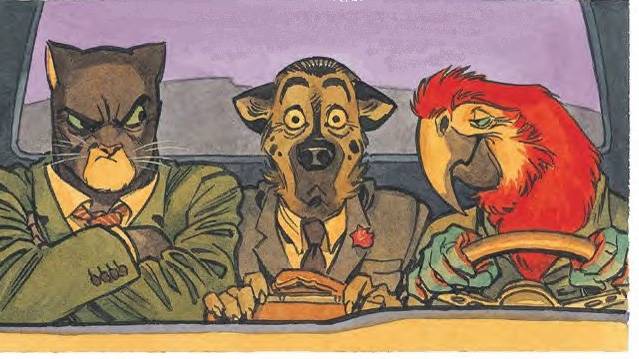 “It was a narrative experiment to mix a noir story, which is very modern, and the fable which is as old as human oral tradition,” said Guarnido, who draws the Blacksad stories in super detailed watercolor.

The experiment worked. The first Blacksad graphic novel, Somewhere Within the Shadows, was published in France by Dargaud in 2000, and there’ve been four more since then. All of them are now available in the US. The fifth installment, Amarillo, was published here by Dark Horse this fall. 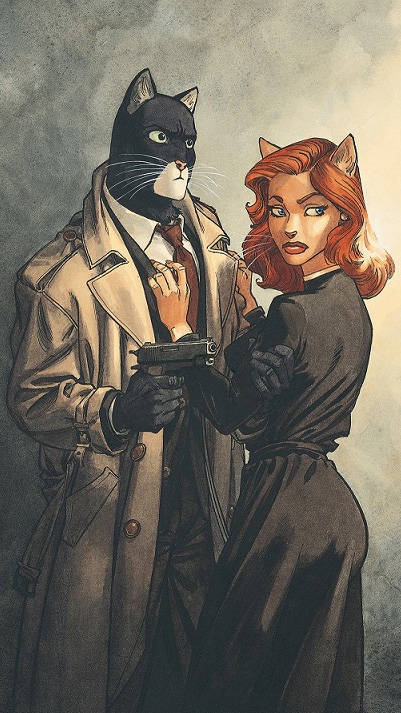 Cover for Somewhere within the Shadows

When it comes to deciding which fable-inspired animal embodies which Blacksad character, Guarnido said it’s all about the traits each animal is associated with in popular culture. “Like the fox is intelligent, the wolf is cruel and ruthless, the pig is stupid, and the monkey is envious,” he said.

All those animals play a role in the Blacksad comics. And then there’s Blacksad himself, the cool black cat.  His traits are cool, too.

“The cat is elegant, independent, intelligent,” said Guarnido, before adding that the cat is also agile and has acute senses. “Blacksad as a cat works almost like a superhero.”

A superhero with nine lives. That’s something every film noir detective could use.

Before Blacksad, Guarnido did his drawing for Disney, working on big screen animation projects like Tarzan and Atlantis. But his heart was always in comics.  And Blacksad is a perfect match for him.

“Actually I have there everything I want to draw: animals, action, guns, girls… babes. Everything suits me!” said Guarnido.

And by the way, some of those babes are definitely risqué.