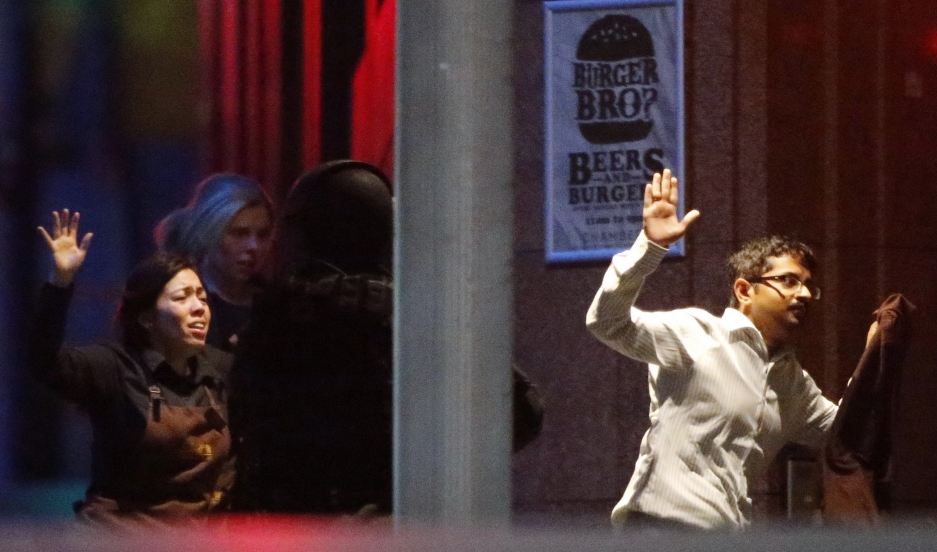 Hostages run past a police officer (C) near Lindt Cafe, at Martin Place in central Sydney December 16, 2014. Australian security forces on Tuesday stormed the Sydney cafe where several hostages were being held at gunpoint.

A siege in a café in the Australian city of Sydney came to a dramatic end Tuesday morning — Monday in the US — when heavily armed police stormed into the building where a gunman had been holding hostages.

Loud noises were heard and seven hostages ran to safety before sustained gunfire rang out.

The lone gunman and two hostages were killed and four other people were wounded when the officers stormed the Lindt café. As many as 17 people had been held, authorities said.

"This is a very disturbing incident,'' Australian Prime Minister Tony Abbott said. "It is profoundly shocking that innocent people should be held hostage by an armed person claiming political motivation.''

The BBC’s Phil Mercer, who was reporting on the story from nearby, described the 16-hour oredeal as "long, fraught and exhausting for everyone involved."

“One can only imagine the anguish of those hostages,” he says.

The gunman was identified as Man Haron Monis, a self-styled Muslim cleric who'd been accused of sending offensive letters to the families of dead Australian soldiers and had been charged with being an accessory to the murder of his ex-wife. He was out on bail, despite facing more than 40 sexual assault charges. 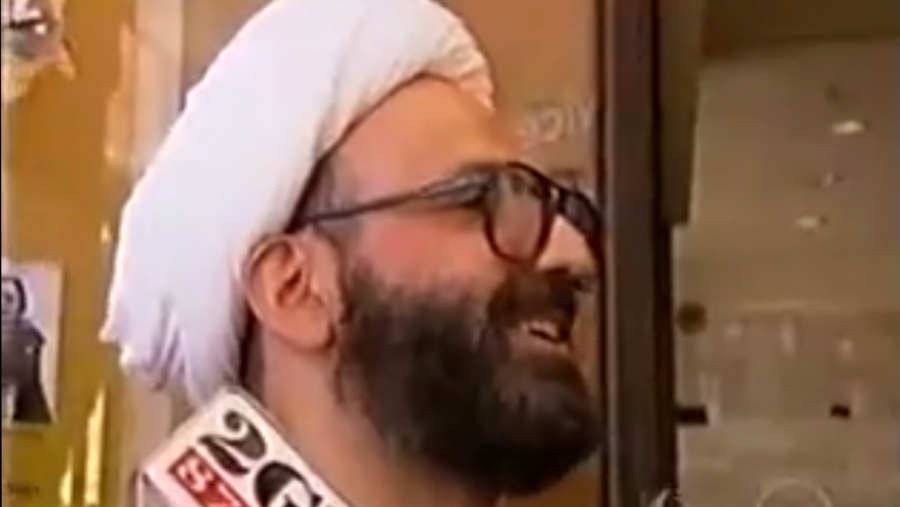 The Iranian-born Monis’ motives remain a mystery — and his acts have been described as random and deranged.

Rana Rahimpour, with the BBC's Persian service, says Monis fled Iran and was granted political asylum in Australia in 1996.

Monis led a life of activism in Australia, but less is known about his years in Iran.

“There isn’t much about him in the Farsi media. We know that he was a poet and he has written some poems about Imam Ali,” Rahimpour says.

Asylum-seekers — mainly from Afghanistan, Sri Lanka, Iraq and Iran — typically travel to Australia from Indonesia on rickety boats. Domestically, asylum is a deeply-divisive political issue. Polls have shown that a significant number of Australians approve of taking a tougher stance on asylum-seekers.

Rahimpour says Monis’ actions could jeopardize the cases of other Iranian asylum-seekers hoping to stay in Australia.