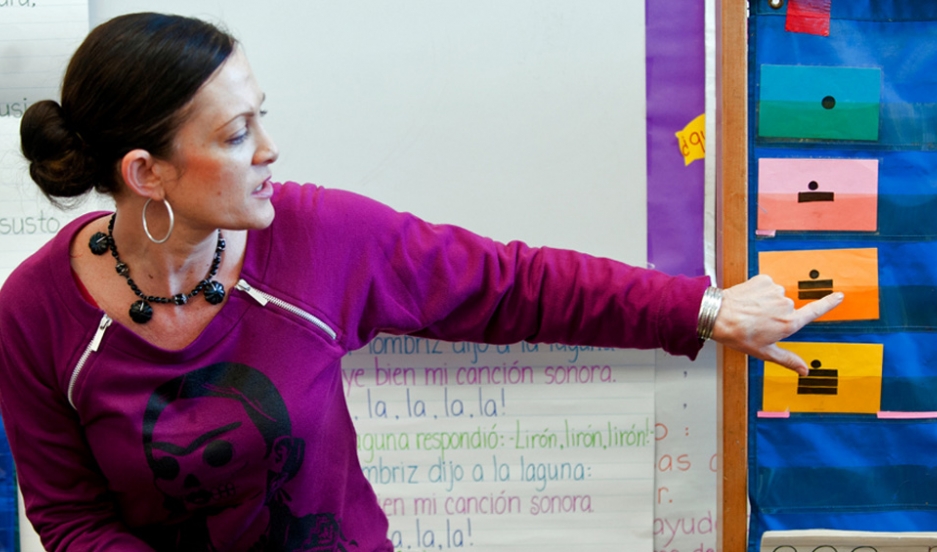 The school is hard to miss. Head down Huntington Drive South, a main thoroughfare in East Los Angeles, and you'll spot it right away: A brightly colored, Aztec-themed mural covers one wall. And that gets to the core of what Anahuacalmecac International Preparatory High School is about — a school steeped in Mexican indigenous culture and language, one of the last places like it left in the United States.

At the high school, and at a connected elementary school — together known as the Semillas school network — students learn in English, Spanish and Nahuatl, along with a curriculum that rolls in Mayan mathematics, indigenous history and performing arts. Parents and grandparents are also integrated into the students' learning.

It’s not unusual in California for public school students to spend a good portion of their day studying math, science or any subject in a language other than English. But this little Los Angeles charter school is the only one that teaches in an indigenous language.

Principal Marcos Aguilar co-founded the indigenous charter school in 2001 to better serve kids in the El Sereno neighborhood of Los Angeles, many of whom have indigenous roots.

“We’re not visitors here,” he said.  “We’ve been here for millennia, and its important for our children to grow knowing what our ancestors named the places around us many, many years ago. We believe that our children should be able to receive an education that strengthens and fosters our culture as well as educates them to deal with the economy and the politics of the world that they will grow up into."

And the school gets results.

Last year, Semillas graduated 100 percent of its senior class, with 80 percent going on to a four-year college, according to school records.

“We noted that in the year prior to this last year, the school dropped over 150 points on the Academic Performance Index,” he said. “There were financial concerns that were severe. That also spoke to concerns to governance.”

The school countered that its API score put it in the middle of all schools in the state — far from a failing school. It added that other public schools in the area had worse test scores and were not graduating seniors onto college at the rate Semillas was, yet the district was not closing them down.

The school also pointed to its Western Association of Schools and Colleges accreditation, a rigorous evaluation by an esteemed educational institution. Semillas is also an official International Baccalaureate school, another process that requires high academic standards.

The fiscal issue the district raised was a budget shortfall of $500,000. The school got a grant to cover it, but none of this was enough for district officials who reiterated concerns about governance and transparency.

But parents, teachers and supporters believed the district simply had a beef with the school, and that beef was political.

Few expected what came next: Principal Aguilar, dressed in a traditional Aztec feathered headdress, addressed the local board in defense of his school.

“We invoke the UN Declaration on the Rights of Indigenous Peoples as we call on the board of education to recognize holistic academic excellence and the strong community roots that Semillas represents, and we ask you to renew the charter of Anahuacalmecac,” he said. 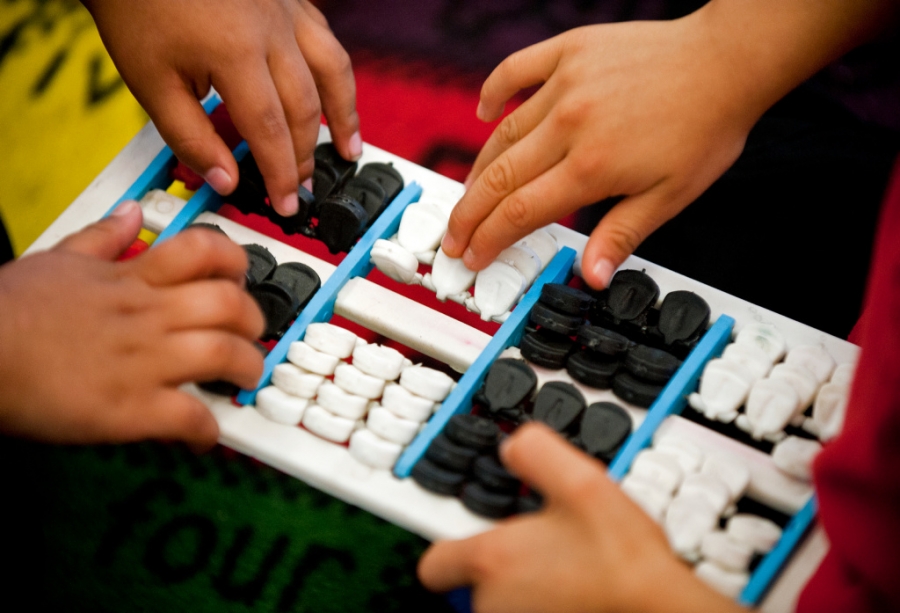 Kindergarteners learn how to use a nepohualtzintzin, a Mayan abacus.

“We are here to let everyone know that ... Anahuacalmecac is our sacred house of learning, and we are going to defend it with everything we have for the future generations to come,” senior Natalie Carillo said at a rally at California State University, Los Angeles, ahead of the school’s first appeal — to the Los Angeles County Office of Education.

“Stand up as we defend our education,” Carillo said. “We will not let anyone block our road to college.”

At the appeal, the school mobilized hundreds of supporters to attend and speak out. Some people addressed the board in Nahuatl. But the board was split, which meant it took no action. There would be no charter license renewal, and the only option left for the school was to appeal to the California Department of Education.

It was a soul-searching moment. And then, said Principal Aguilar, students made an appeal.

“The students organized a town hall and ... their message to us [was] to not give up, to defend the school and to stay in the community because they believed in it, they believed in the mission and they wanted to graduate from Semillas,” Aguilar said.

Meanwhile, the school’s legal team worked on its final appeal. The focus remained on the school’s well-rounded academic performance, the students' college acceptance rate, and the unique model of indigenous education.

In May, all 10 board members of the California State Board of Education voted to reinstate the school's charter license.

Board members said they wanted to visit the school and see its indigenous education model in action.

Board member Carl Cohen said the school was a model. 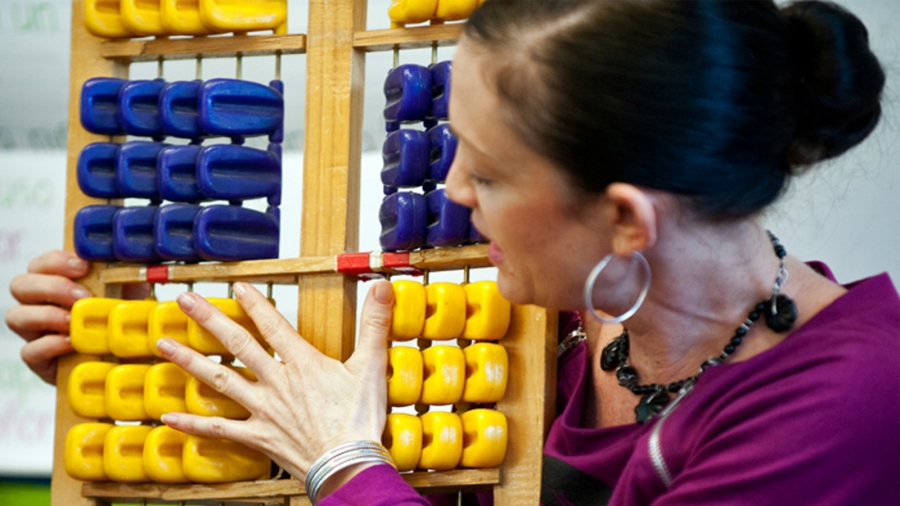 “This looks like a school that is making a difference in a very diverse state,” he said. “We are a big state and we should be able to handle some schools that are outside the box.”

This fall, students and staff, buoyed by the organizing victory, are back at work and preparing for June — when students representing the school's inaugural 2002 kindergarten class will graduate from high school.