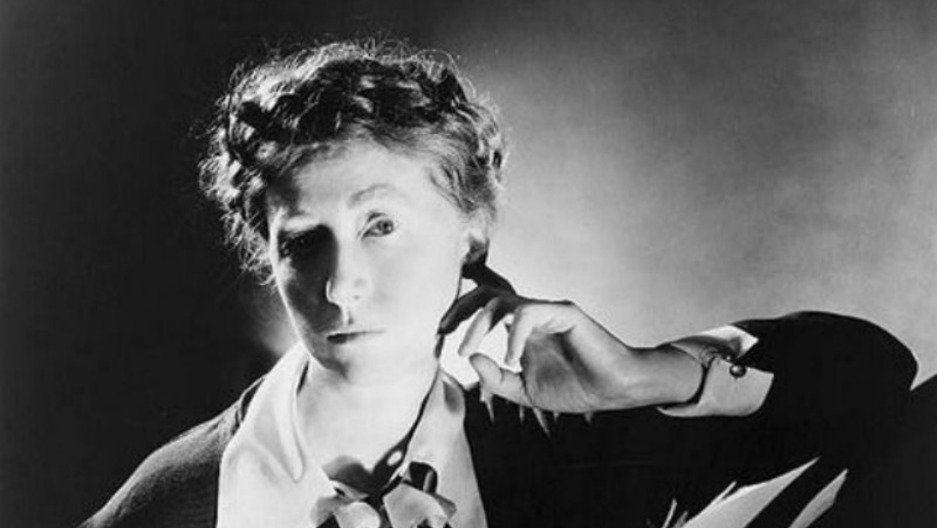 Marianne Moore was a giant of modern American poetry. Despite writing notoriously difficult poems, Moore became famous --- famous enough to throw out the first pitch at a Yankees game at age 80, in 1968.

Along with baseball, Moore was also a big nature buff. She read natural history and went to biology lectures. And she especially loved the American Museum of Natural History in New York, where she would study the habitat dioramas, talk with the museum's experts, and chat with kids visiting the museum.

In a series of poems from the 1930s, she wrote about some of the exotic animals she encountered in her research: the arctic ox, the armored pangolin, and the jerboa, a long-legged, big-eared rodent. In her poem "Rigorists," about reindeer, she writes:

to scant reino
or pasture, yet they can run eleven
miles in fifty minutes; the feet spread when

the snow is soft,
and act as snow-shoes.

Moore packed in the scientific detail until her poems read almost like encyclopedia articles in verse. And that was partly the point. Since Aesop's fables, people have projected human characteristics onto animals --- the brave lion, the cunning fox, the wise owl. But Moore was more interested in what animals were really like, and she thought science could be the stuff of poetry, too. When she drew a moral lesson in her animal poems, it came out of the animal's actual behavior. Rather than making her poems less relatable, Moore's studious approach introduced a startling new depth to poetry about animals.

At the time, Moore was unusual in depicting animals in scientifically accurate ways, according to her biographer, Linda Leavell. "I'm not aware of any poet in her generation who uses the language of science as Moore does," Leavell told Studio 360. And it's still an avant-garde move: our culture's most popular representations of animals come from animated movies where animals go on quests and teach life lessons to children --- Aesop all over again.