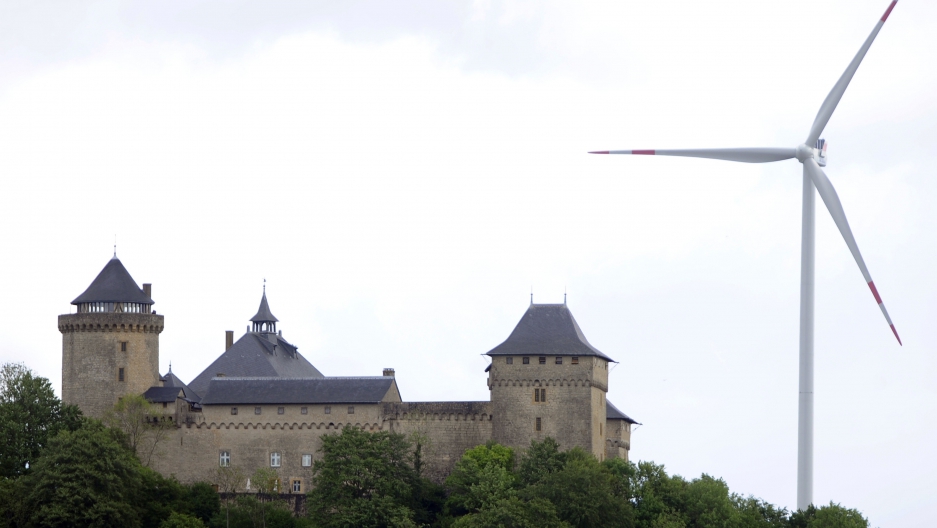 Linking power from German wind turbines to the rest of the continent will more difficult than may appear.
Credit: Jean-Christophe Verhaegen
Share

BERLIN, Germany — As international negotiators in Lima, Peru struggle to agree on a major deal that would cut emissions at a UN climate change convention on Friday, Europe's efforts to forge a united front at home suggest that any binding commitments on reducing greenhouse gases would be only the first of many hurdles in any serious effort to keep global temperatures down.

The European Union is leading the way in some respects.

Before the UN could come up with a plan, the EU passed its own binding commitment in October to slash greenhouse gas emissions 40 percent of 1990 levels before 2030.

Last week, Germany's cabinet also agreed to cut emissions by 78 million metric tons a full decade ahead of that deadline by forcing coal-fired power plants to shut down.

Already, Germany's program of Energiewende, or “energy transition,” has changed market conditions so dramatically that two of its largest energy suppliers — Stockholm-based Vattenfall and Dusseldorf-based EON — have announced plans to quit burning coal or sell off their fossil fuels assets altogether.

But as Europe's conflict with Russia raises concerns about energy security on the continent, the competing agendas of the EU's member states and their various electricity companies has made progress on the key prerequisite to meeting emissions reduction targets painfully slow.

There’s nearly unanimous agreement that the cheapest and fastest way to reach the targets is to connect all 28 member states to the same electricity “supergrid.” The European Commission has made more than $7 billion in funding available to spur construction.

Some believe the supergrid could begin to bear fruit as soon as 2018.

But the work needed to put those electricity grid connections in place is so huge, it's easy to see the commission's financing scheme as little more than window dressing, says Andrew McKillop, former in-house policy analyst at the European Commission's energy directorate.

“Cross-border gas transport and storage infrastructures are massively developed relative to the same thing for electricity, which almost do not exist,” he says.

Some forecast that the supergrid won't see “serious development” until at least 2035, after an investment of “several hundred billion euros,” he adds.

But with fixed tariffs for green energy providing a guaranteed return on investments, financing is one of the smaller obstacles.

The real hurdle is that behind every new connection stands a complex set of stakeholders for whom the greater good isn't always good for everyone.

“But if you go down to look at a single country, the situation might be different.”

The need for the supergrid is well-established.

Because the energy supply from the sun and wind varies according to weather conditions and time of day, distributors will have to build in oversupply and costly storage capacity to meet Europe's goal of generating as much as 80 percent of its electricity from renewables by 2050.

But connecting national electricity grids will dramatically reduce that redundant capacity, the result of a “smoothing effect” from incorporating a larger geographical area so that strong sun in Spain can balance a dearth of wind in Germany, the former EU adviser McKillop says.

“The question of intermittancy of renewables would be resolved or reduced,” he says.

That would mean substantially lower costs.

By some estimates, in order for EU member states to reach the 2020 target of generating just 40 percent of their power from renewables without linking the national grids, they would have to build 70 percent more reserve capacity.

That required reserve increases significantly when the target for the share of renewables is boosted to 80 percent.

“Not doing the grid doesn't mean you can't decarbonize,” Steigenberger says. “But it's many times more expensive.”

Anyone can do the math. But just as the different perspectives of rich and poor countries have stymied the UN negotiations on emission cuts, the different needs of the various EU member states and influential companies continue to plague the nuts-and-bolts efforts to build the supergrid.

It's not always the case that the advance guard of the conversion to renewables — chiefly countries in Western Europe — are pitted against the coal-powered East.

A planned connection between the German and Norwegian electricity grids called NordLink will enable Germany to offload excess wind power to hydropower-rich Norway during its dry season and stabilize its own supply the rest of the year.

Although power companies are keen on the plan, Norway's energy-intensive industries have fought to lock in the country's electricity in the hope of keeping prices down.

Such concerns have thwarted efforts to link Norway to wider European markets since the 1990s, according to a 2012 report commissioned by the Smart Energy for Europe Platform.

Analysts found that another scheme — to increase linkages between Germany and western Denmark — would have a negative effect on social welfare in both countries even though the plan would benefit Europe as a whole. That project was recently shelved.

In another case, experts believe adding a third cable to the two existing links connecting the Polish and German electricity grids would benefit both nations and their neighbors, some of which already receive electricity generated in Germany and routed through Poland's grid.

Polish and German companies, too, were keen on the plan, which has been under discussion since 2006. Wind energy from Germany might have allowed Poland to speed the shutdown of its coal-burning power plants.

Nevertheless, the scheme has yet to get off the ground because of the Polish government's fears that spikes in supply from Germany's wind producers would result in nationwide brownouts.

More from GlobalPost: Britain grapples with its role in the torture of terror suspects

As renewables grow to account for an ever-larger share of the world's energy supply, such problems are poised to become increasingly complex.

Managing a grid dominated by a steady supply from conventional power plants is relatively simple. But with renewables allowing consumers to plug in and drop out, draw power and contribute supply, it can become well-nigh impossible — as suggested by a Hawaiian electricity company's move to stop homeowners from installing solar panels last year.

For the UN negotiators trying to set emissions targets, that’s not a good sign that the next phase of the battle to control climate change will be any easier.