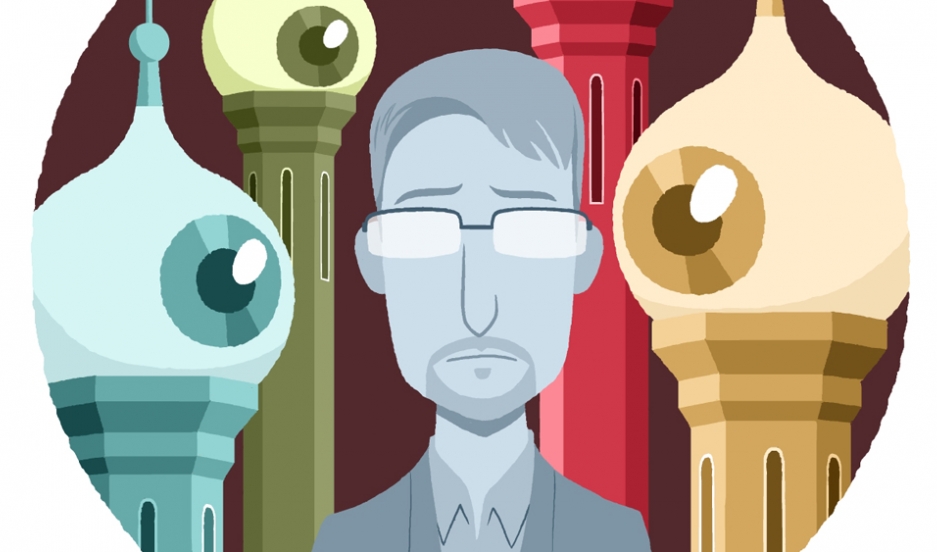 Like Americans, most Russians have seen the TV disclaimer: "All characters appearing in this work are fictitious. Any resemblance to real persons, living or dead, is purely coincidental" — just maybe not so much in this case.

The storyline of "Where the Motherland Begins," a Russian spy series that aired on state television this fall, opens with a hurried flight from Hong Kong to Moscow in July 2013. There's a skinny American dressed in what passes as DC-office casual. He's a former NSA contractor. He has a laptop. He has exposed American surveillance of people across the globe. And he's wearing glasses — those glasses.

Ladies and gentlemen, meet "James Snow." Remember: any resemblance to anyone real is "purely coincidental."

Edward Snowden — the real Edward Snowden — is still living in Moscow after being granted asylum in Russia last August  He gives the occasional interview, but most details of his life are left to speculation. We do know he's still trying to raise awareness of mass surveillance.

But for James Snow — the fake Edward Snowden — the Moscow adventure is just beginning. For one, that plane from Hong Kong never quite landed. The eight-part "Where the Motherland Begins" takes the storyline in another direction entirely.

Over the course of the show, we learn that James Snow is no simple ex-NSA contractor: He's the child of a Soviet mole who infiltrated his way into Reagan-era America. And now he's coming home. (No word on a crossover episode with "The Americans," sadly.)

In the real world, Fedaravičius says Moscow is nice, but it's definitely not home. And James Snow is hopefully a stepping stone to bigger things. He's already appeared alongside John Malkovich in 2012’s "Siberian Education," and he's starring in his first feature film later this year, a Russian production called “The Guest.” 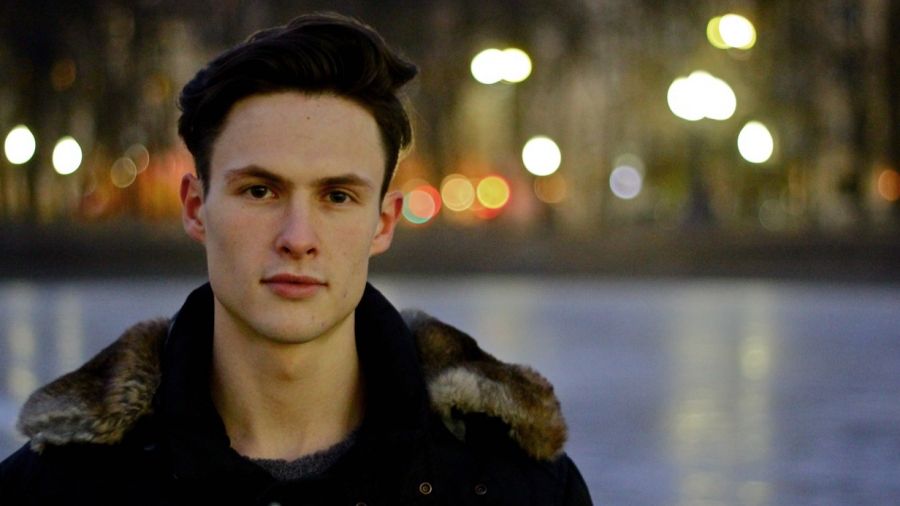 Arnas Fedaravičius on a cold day in Moscow.

Still, for the Snow role, Fedaravičius found himself watching the early Guardian videos of Snowden, picking up on his various physical tics and wondering about the man on the screen. “You get the feeling he's very confident about everything he says in the interviews ... and very humble," Fedaravičius says

But between the filmed moments, he wondered if the real Snowden was more fragile. He sensed “some hand trembling" and tried to inject that into the role.

Physically, Fedaravičius will be the first to tell you he's no dead ringer for Snowden. “The way I see it, you don't have to look alike to play a character," he says. "I put on the glasses and I put on the shirt, I was like, hey, I look 'somethingish' like him.”

One reviewer in The Daily Beast calls him “a somewhat hotter version of Snowden." Fedaravičius shrugs. “That's nice but it's only one side of it.”

One thing he won't do is judge his subject. “I didn't have any sympathy or antipathy towards Snowden when I first heard about him," Fedaravičius says. "I don't know. It happened the same with WikiLeaks and all other sorts of whistleblowing stories.”

He's also unfazed by Snowden's revelations: "It's pretty obvious to me and my friends that the information on the Internet has to be stored somewhere in a physical place [and] that somebody has a way to see it. I mean, whatever you write on the Internet, whatever you send a message, it doesn't just pop into a cloud and disappear.”

But Fedaravičius admits it would be interesting to take "fake Snowden" into the real world. “I asked the director if I could take the glasses after the shoot and just walk around for a while, Just to see if I get spotted by American agencies," he says.

This being Russia, the answer was no.