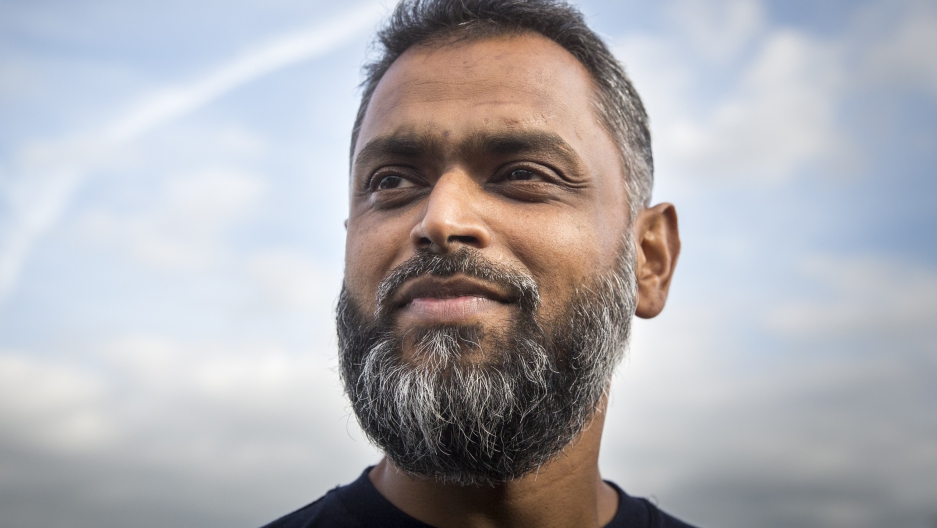 Former Guantanamo prisoner Moazzam Begg: "We are not any closer toward accountability."
Credit: Rob Stothard
Share

LONDON, UK — The US Senate’s damning report into the scope of the Central Intelligence Agency’s use of torture redacted the names of foreign countries that cooperated with the program.

But it’s all but certain that Britain is among those blacked-out names, thanks to evidence uncovered through years of digging by human rights groups, victims’ advocates and journalists into the UK’s secretive role in the war on terror.

There’s no mention in the Senate report of the British intelligence officers who interviewed detained British citizens in a Pakistan prison while overlooking unmissable wounds of recent torture, as Human Rights Watch reported in 2009.

There is no mention of Diego Garcia, the British territory in the Indian Ocean that has been used as a base for CIA rendition flights, as former Foreign Secretary David Miliband acknowledged in 2008.

As the world digests the often disturbing details of the Senate Intelligence Committee’s report, many here said it’s time for the UK’s own reckoning of its role in possibly unlawful detention and torture.

“The publication of [Senate] report should be no substitute for us in the UK getting to the bottom of this,” Conservative MP Andrew Tyrie told the BBC.

British diplomats met multiple times with lawmakers and Intelligence Select Committee members prior to the report’s publication this week, prompting the legal rights group Reprieve to accuse the government of trying to “censor” the report.

In a letter to Reprieve this summer, former Foreign Secretary William Hague denied that Britain was trying to influence the committee, but confirmed it had “[sought] assurances that ordinary procedures for clearance of UK material will be followed in the event that UK material provide[d] to the Senate committee were to be disclosed.”

Britons have been more critical of so-called enhanced interrogation techniques than their American peers. Seventy percent of Brits believe there’s no justification for torture, according to an Amnesty International survey published in May. Only 53 percent of Americans feel the same.

However, in the wake of the Sept. 11, 2001 attacks, the UK was perceived as a willing partner in America’s aggressive global pursuit of terrorism suspects.

As in the US, much of the British role has remained secret from the public. The UK has conducted no public investigation of its role in detainees’ treatment comparable to the Senate committee report.

Then-Prime Minister Tony Blair and his foreign minister, Jack Straw, have refused to confirm what and when they knew of Britain’s role in rendition.

In June 2010, the new coalition government commissioned an inquiry into the UK’s role in rendition and torture, headed by retired judge Peter Gibson.

But the investigation soon drew fire from rights groups and NGOs that criticized its limited scope and lack of independence and withdrew their support.

The probe was suspended in 2012, when criminal investigations were opened into allegations that that the UK had supported the rendition of two Libyan suspects to Moammar Gaddafi’s secret prisons.

A thin summary of the 18-month investigation released to the public in December 2013 said the team had evidence that British officials were aware of “a range of [detainee] treatment issues that gave rise to potential concern.”

In some cases, the inquiry said, intelligence officers raised their concerns with superiors or coalition partners. In others, they did not.

“We need to know what happened and what was authorized by ministers [to] make sure it’s investigated and prosecuted,” he said. “That can only be done by public inquiry, as a lot of this evidence is hidden away.”

“After 9/11 there were things that happened that were wrong, and we should be clear about the fact that they were wrong,” he said.

More from GlobalPost: This graphic shows that torture is a global problem

Meanwhile, Brits with firsthand knowledge of the treatment described in the Senate document said the report alone isn’t enough.

“Though the US has admitted to wrongdoing in this report, we are not any closer toward accountability,” said Moazzam Begg, a British citizen imprisoned and reportedly tortured at Guantanamo Bay.

Now a rights campaigner, Begg was one of 15 former Guantanamo inmates to have been paid an undisclosed amount of compensation by the British government for its role in their rendition and torture.

“Lives of victims and their families, including mine, have been turned upside down, yet there has been no apology, no sense of contrition by the perpetrators or prosecutions of those responsible for what has taken place.”