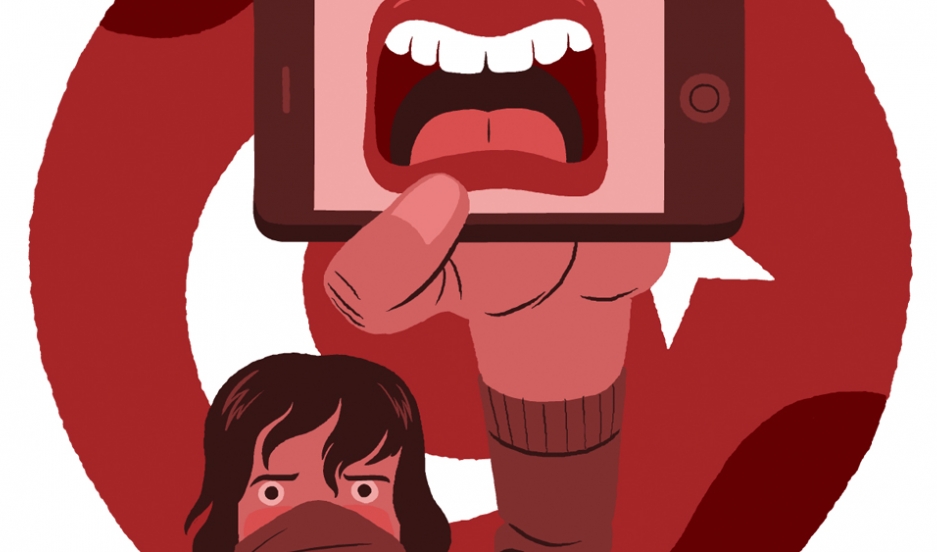 I started following Meryem on Twitter in the days of Gezi Park, the protests in Turkey that made international news in the summer of 2013. For the first day or two, she was on the streets like thousands of others protesting, but then she gave it a little more thought.

“I started thinking — I can't run, I can't see without my glasses, I’m a really big target,” Meryem remembers. “But this is what I can do: I can do media scanning, I can do verifying, I can do news.” So she took to Twitter.

Meryem — whose handle is @myriamonde, and whose real name is definitely not Meryem — was a force on Twitter. She put out a steady stream of tweets in Turkish and English. She was covering the protests 22 hours a day.

Her follower count quickly doubled — and so did the number of trolls harassing her. She had people mad at her, both for supporting the protests and for not retweeting their information. But she refuses to spread anything she can’t verify.

“Let’s go back to Egypt and the really smart collective decision to not report deaths before they're final," Meryem says "Who needs that? Who needs rumors of people dying?”

That methodical approach is something Meryem holds dear even outside of her Twitter activism. She works as an industrial designer, which she describes as a "translator between man and machine, because you need to do something that would be fit for use of a human being, but you have to do it using machines."

She says she loves her job, and she must: She recently had to move to a rural town hours away from Istanbul, the high-energy city where she was born and raised. “If you don't possess some certain qualities it's probably fun to live here,” Meryem says, laughing. “In a really limited sense, of course.”

That “really limited sense” is the restaurant where we’re having dinner. It’s Friday night, and this is pretty much the only place young people hang out. Girls have their hair done and they’re wearing lipstick. Guys crowd at tables together, smoking and drinking soda.

Those “certain qualities” she mentions are the ones that make up her identity. Meryem possesses pretty much every minority status you can think of in Turkey: she's female, Kurdish, a gypsy, Alevi — a sect of Islam — and she’s bisexual. Anywhere in the country, it can be tough to be just one of those identities. In the small town where Meryem now lives, she decided it’s best to keep her background to herself.

Yet Meryem is also just your average 27-year-old woman. She dyes her hair red, has piercings and thinks doing her make-up is a pain. She’s working to move forward in her career, a big reason she doesn’t use her real name online. She says she doesn’t want her Twitter account to be the first thing that comes up when employers Google her.

An even bigger reason she stays anonymous is her parents. Her mom was once in jail for her work as a revolutionary, and her dad is currently a high-ranking official in one of Turkey’s opposition parties. She doesn’t want what she says online to interfere with their lives, either.

In her tiny fifth-floor apartment, Meryem laments that people aren’t getting involved in politics the way her parents did. At the same time, she understands it isn’t easy to push back against what she sees as government indoctrination.

“I’m one of the people who have the most sympathy, I guess, at these first-time protesters that came out in Gezi,” Meryem says. “It's really not that easy to change your views, and this country has done a stellar job of pounding racism and every sort of hatred and every sort of inferiority complex into your head.”

But she thinks the Internet is making a difference. For one, social media campaigns have forced mainstream media outlets to do their jobs; most of the time, news organizations skirt around controversial subjects to avoid getting in trouble with the government.

Social media is also great at getting the word out and connecting would-be activists. Meryem says she’s seeing more people organizing on a local level and discussing issues like schools and local politics. They organize boycotts against companies they see doing harm, they’re more sympathetic to Kurds in Turkey and they're becoming more accepting of the LGBT community.

“If we do this whole localization thing; more power to the local governments; local administrations; if we take up an ecological mindset; if we try for gender equality, this country will probably be alright,” Meryem says — and she’s willing to be patient to get there.