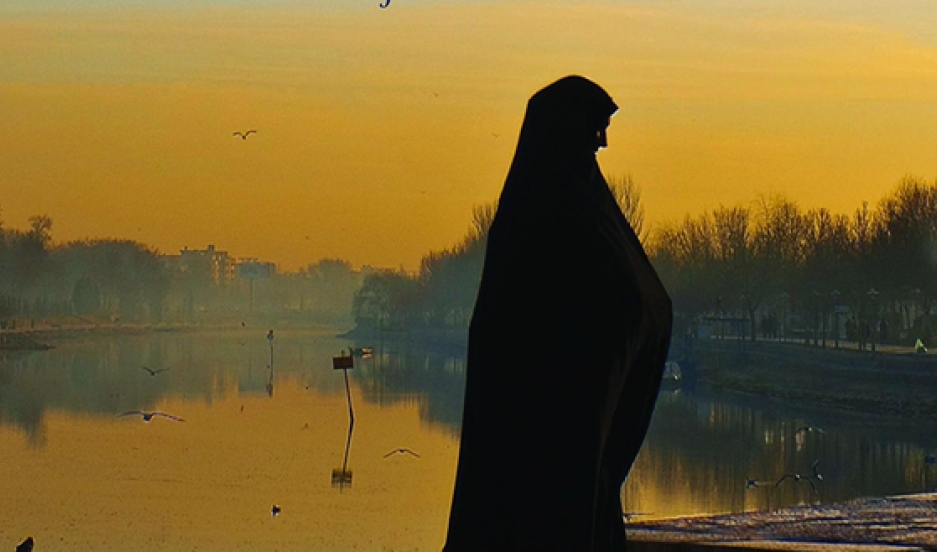 Cover of "The Lonely War," a memoir by Nazila Fathi.

On a summer night in 2009, Nazila Fathi, her husband and their two children rushed to the Tehran airport. They were fleeing Iran after Fathi, a correspondent for The New York Times, was threatened by the country's security forces.

"The way we left was very stressful, very traumatic," Fathi recalls. "If I hadn't left the country that night, I might have had a very different fate," she adds.

It was especially traumatic for her three-year-old daughter. "She wrote a story in second grade about how we left Iran," Fathi says. The journey seemed so long that "she wrote that we drove all the way from Tehran to Toronto in Canada." Now Fathi has written her own version in a new memoir called "The Lonely War."

The summer of 2009 was a turning point for Fathi and many other Iranians. Mahmoud Ahmadinejad, a hard-liner who was Iran's president at the time, won re-election in a widely disputed vote. Thousands of Iranians joined protests of a kind not seen since the 1979 revolution, saying the election had been stolen.

That "Green Movement" was eventually suppressed by security forces and civilian militias, which attacked protesters and killed at least 36 people.

The Iranian government asked journalists to refrain from going out to cover the protests — something Fathi declined to do. "I continued going out to the streets and writing stories under my byline for the Times, so they knew that I was defying the orders," Fathi recalls.

Not long after, when Fathi stepped out of her house, she noticed she was being followed by two cars and men on motorcycles. "[From then] I stayed home, and I noticed that over a dozen people were watching my house," she says. She knew then it was time for her and her family to leave the country.

Yet Fathi says says she believes the country has headed in the right direction in recent years. She mentions some of the "baby steps" that support that idea, like the election of Hasan Rouhani, who is considered a moderate, as president in 2013.

But she thinks it will still take time for Iran to become a full democracy. "Democracy is not a package that would arrive by surprise," she says.

Read an excerpt from "The Lonely War" by Nazila Fathi: