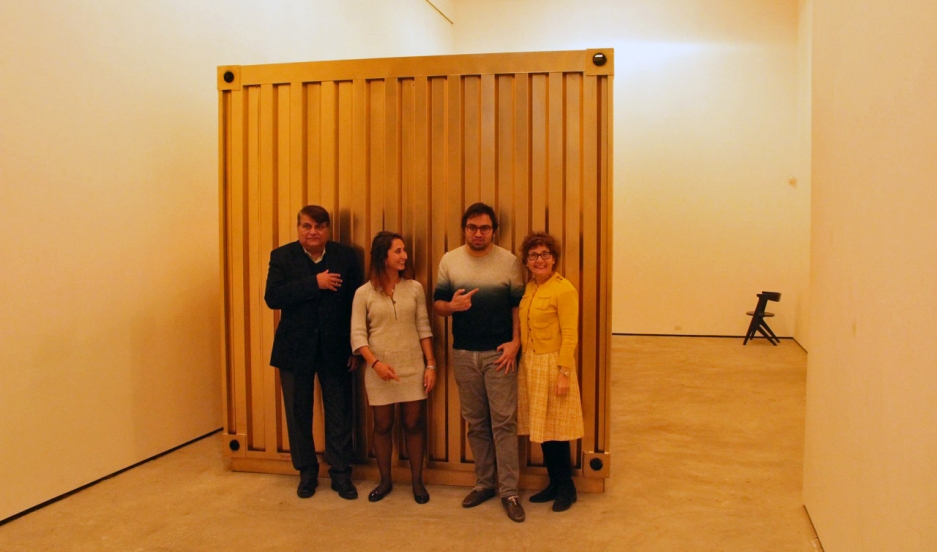 Amar Bakshi, second from right, the lead artist on the Portal Between Tehran and NYC project, says his mother and uncle, also seen here, helped out a lot on the project. Michelle Moghtader, second from left, is the project's development director.

On Friday morning, a portal opened between New York City and Tehran. For the next two weeks, people in either city can walk into a scale-replica of a shipping container outfitted with an AV connection to the other city and have a live, impromptu chat with a stranger partway around the globe. The project is called A Portal Between Tehran and NYC.

Not surprisingly, there were still some technological kinks to work out Friday morning. But the larger concept seemed to be working. After sitting in the dark, quiet room and shooting the breeze with a random person in Tehran for 15 or 20 minutes, people emerged into bright, airy space of the Lu Magnus Gallery different — a little energized. 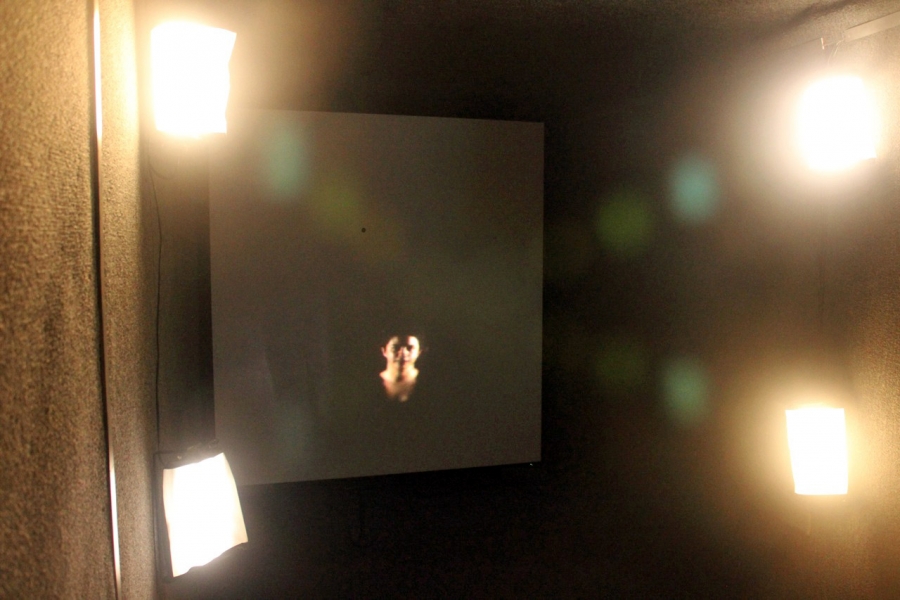 A Portal participant in Tehran waits for a New York counterpart. The container is lined on the inside with grey carpet, and Skype and Zoom are used for the AV link.

"It's startling, just to stand and talk to another person as a person," said Andrew Ackerman, who had just finished talking to an artist in Tehran. "We get so much input right now, you need to be shook up a little bit."

With some of the US-Iran geopolitical baggage stripped away, commonalities started to emerge. "He depends on Jon Stewart to get his news, which is exactly what most young Americans do at this point," Ackerman, the head of a children's museum in Manhattan, said, smiling.

People talked about the traffic in Tehran and how garbage can pile up on New York streets. One woman came out surprised by the ways her life mirrored that of the Iranian woman she'd just talked to. Every conversation seemed to open with some awkward giggling as the technology became comfortable.

This is what Amar Bakshi was going for; he's the lead artist on the Portal project. Participants can talk about whatever they want, but organizers suggest that at some point they ask each other one simple question: What would make tomorrow better? Bakshi hopes the answers will be simple, too.

"Not necessarily like, 'I hope for world peace,' but 'I hope tomorrow I get to read to my kids, and my boss isn't a jerk at work, and the traffic isn’t too bad, and I can get some sleep because I've been working for six weeks on this project,'" Bakshi said Friday morning, standing next to the container and pausing periodically to tend to some logistical issue. "There's a lot of very important dialogue at the abstract, analytical, and international-affairs levels. But where do you have time to go into a room with someone else and not have it be for networking or dating?"

I wanted to listen in on some of the conversations but, after some deliberation, the crew decided that having a dude with a radio mic hanging around might change the spirit of the thing. They suggested that, instead of listening, I have my own chat. That's how I ended up meeting Nedā Jamnejād. She found out about the Portal on Facebook, and came down with a few friends to check it out.

I told her that my last name was Wallace, and asked if she knew the movie "Braveheart." "Yes … Mel Gibson," she answered, laughing. 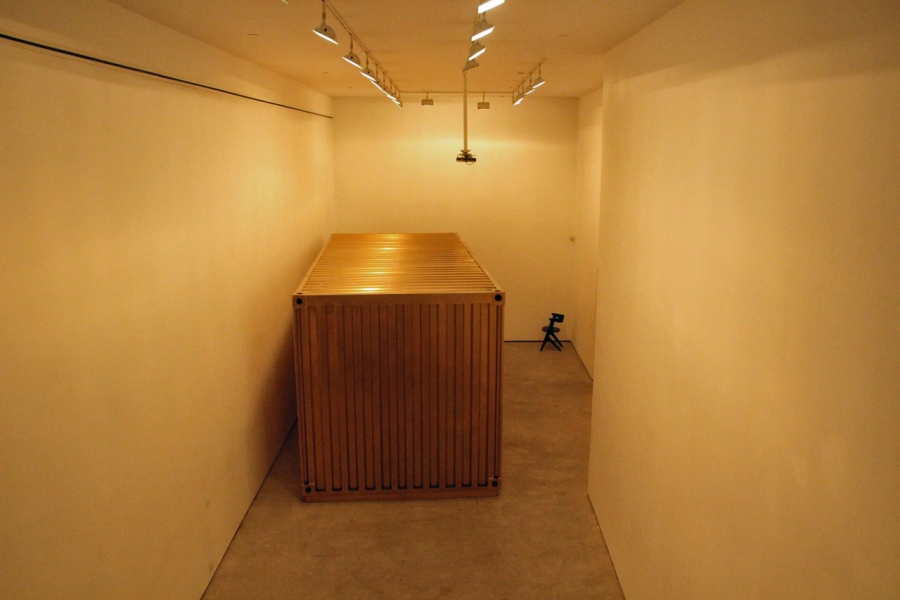 Amar Bakshi designed the housing for the AV link from New York to Tehran to look like a shipping container. He did this partly for logistical reasons (containers are durable and everywhere) and partly for artistic ones (they suggest exchange and universality). His parents' neighbors were at first a little miffed when he started building the replica in their back yard, but they came around.

She asked me if my family was Scottish. I explained that they had been, but most of them came to the US a long time ago, and I didn't have much connection to the old country.

In fact it turned out that she had more of a connection than I did. Her father, who passed away two years ago, had moved to Edinburgh when he was 16, and spent a lot of time there.

"His fondest memory is there, he loved it there, his best friends are there. He traveled there often," she said. "Unfortunately, I never got a chance to travel with him."

We soon discovered that we'd both majored in English literature in college. Jamnejād told me that her favorite book in college was "A Portrait of the Artist as a Young Man," one of my favorites too.

She was born in Tehran, grew up in Dubai, and then moved back to Tehran a few years ago. She said she could really relate to the book's main character, Stephen Dedalus, "Because I felt dislocated, and apart, from my surroundings."

We were about to run out of time, so I asked her the question: What would make tomorrow a better day?

"A good day would be for me to actually be able to follow my dreams, whatever they are," she said.