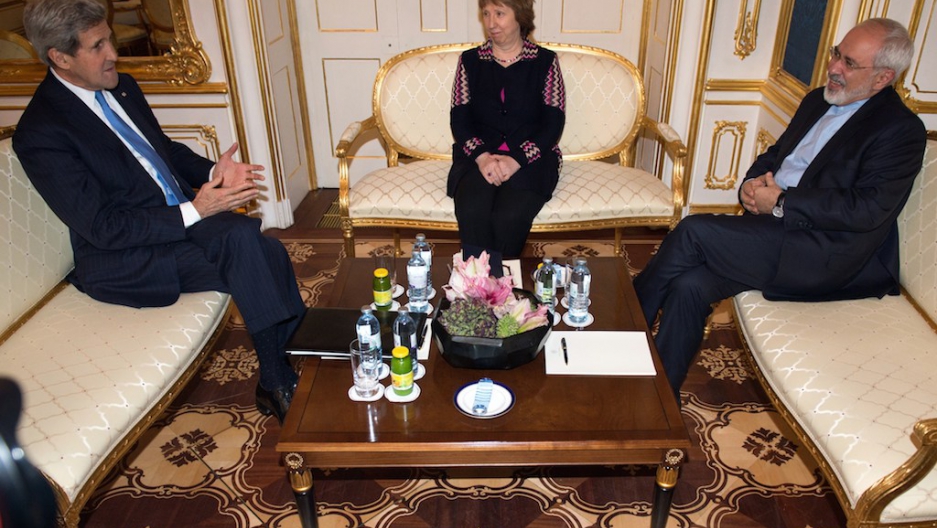 LONDON, United Kingdom — Another deadline, another speculative media whirlwind, another series of late-night talks in a Viennese luxury hotel and another opportunity elapses for world powers and Iran to cut a deal exchanging sanctions relief for further transparency of the Islamic republic’s nuclear program.

Last month marked the latest failed attempt to reach an agreement in a decade of nuclear talks with Iran, first by the Europeans — remotely directed by the Americans — and then by the five permanent members of the UN Security Council (UNSC) plus Germany, led by the Americans. The latest round of talks, which started last autumn, have been extended to July 1.

This time the impasse has been variously ascribed to the number of centrifuges Iran is allowed to spin, the speed at which US sanctions are lifted, and the duration that it will be treated differently from any other signatory to the Non Proliferation Treaty (NPT) vis-à-vis inspections by the International Atomic Energy Agency (IAEA).

Ostensibly these negotiations are about securing a safer world, but they are just as much about winning a political narrative to sell to stubborn political constituencies in Washington and Tehran. The US needs the story to be about how it bent Iran’s will, while Iran is pursuing a narrative that it will not be bent.

So what are the factors putting a deal out of reach?

Hardliners on both sides

US Senator Lindsey Graham hold a news conference after the senate voted 99-0 in favor of a resolution that 'expresses concerns about the Iranian nuclear threat,' on May 22, 2013.

The political systems in both Iran and the US have hardliners back home who oppose any deal between the two nations. The enmity felt by the respective hardliners, rooted in war and revolution, is real and deep. But hardliners in the US, principally the large pro-Israel congressional constituency and their donors, exercise much more power over the fate of the negotiations than their Iranian counterparts.

Supreme Leader Ali Khamenei exercises considerable control over the most powerful sections of the Iranian right, various parliamentary conservative alliances and key paramilitary groups. Although he must assuage the spoilers with a sellable political narrative, they wield no real leverage over him.

Unlike Obama, Khamenei owes little to his noisy hardliners constitutionally. The specter of a GOP-led Congress (which sits in February) is a clear and present danger to Obama’s ability to give Iran the minimum that it needs from a deal, which, according to the Iranian press, was the principal reason a deal couldn’t be sealed on Nov. 17.

A grocery store in southern Tehran on April 22, 2014. Sanctions have severely damaged the Iranian economy.

The minimum Iran needs from a deal is significant and permanent sanctions relief. America says its sanctions brought Iran to the negotiating table in the first place, while Iran contends that it came to the table because the US dropped its erstwhile insistence of “zero enrichment” for Iran’s nuclear program.

Either way, the sanctions have been a major stumbling block for the talks. The sanctions that have been doing the most damage to Iran’s economy (2012’s Comprehensive Iran Sanctions Act, and 1996’s repeatedly rolled-over Iran and Libya Sanctions Act) were signed into law by Congress and therefore need Congress to lift them. Obama can waive sanctions for 120 days at a time by presidential order and keep Congress at bay by vetoing new sanctions legislation, but he will need Congress, which will be dominated from February by a GOP looking to deny the president a legacy.

Iran knows this and is wont to agree to irreversible legislative changes on its own — for example signing up to the Additional Protocol of the NPT for greater inspections — without confidence that Congress will help Obama legislatively with his side of the bargain.

Iran has learned this from experience. In 2005, President Hassan Rohani, then Iran’s lead nuclear negotiator, signed up to the Paris Agreement with European powers to temporarily freeze its nuclear program on the understanding that its NPT rights — to pursue a peaceful nuclear program — would be recognized and Europe would veto a UN Security Council resolution for which the US was pushing.

Europe never lived up to its side of the bargain and Iran elected a president who ordered Iran’s centrifuges to be turned back on. Under Mahmoud Ahmadinejad’s premiership Iran increased the number of centrifuges seven-fold.

Iran's annual oil and gas fair opened in Tehran in May, with 600 foreign companies seeking to position themselves for a return to large-scale operations if international sanctions are lifted.

The Iranian, US and European negotiating teams want a deal for its stated aims: sanctions relief and a theoretical reduction in the proliferation risk. Europe and Iran — and to a lesser extent the US — may also reap commercial rewards by a lifting of sanctions and the opening up of Iranian markets to European firms, particularly in the fields of oil, gas, petrochemicals and pharmaceuticals.

The West and Iran also hope to make geo-strategic gains as a deal could catalyze greater cooperation diplomatically and militarily against shared interests in the Middle East, principally the stabilization of Iraq and Syria. But questions remain over whether Russia and China are honest participants in the negotiations because they both have much to gain from the status quo of a sanctioned and isolated Iran.

The integration of Iran into the world economy would mean a tough competitor for Russia’s gas export business to both Europe and China. It would also give Iran’s importers greater choice than China for consumer goods, which currently enjoy a huge market share in Iran.

While the US is often seen as the most intractable negotiating partner in the talks, many observers, including Rohani’s own aide, have said that China and Russia are in fact the biggest spoilers to a deal.