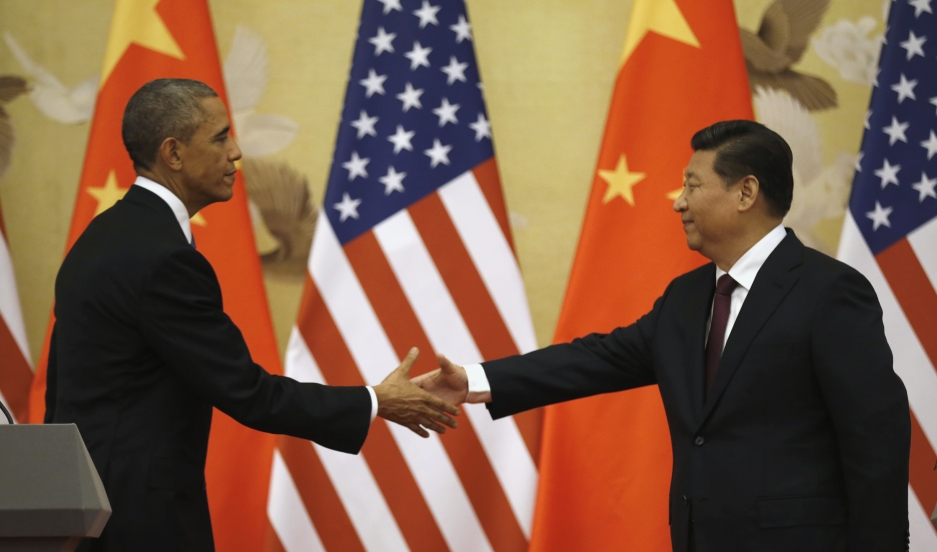 U.S. President Barack Obama and Chinese President Xi Jinping shake hands at the end of their news conference in the Great Hall of the People in Beijing on November 12, 2014.

Representatives from nearly 200 nations are in Lima, Peru, for UN-sponsored climate change talks, but much of the focus is on China and the United States.

President Barack Obama and Chinese President Xi Jinping reached a landmark deal in November to cut carbon emissions by 2030, the first such deal China has ever signed.

“The US-China deal is a game changer, and it adds tremendous momentum to these talks in Lima," says Jody Freeman, the director of Harvard University's environmental law program and the former White House counselor for energy and climate change. "The US and China are the two indispensable nations on this problem. Together, they’re responsible for 40 percent of global emissions.”

She says the deal struck in November has effectively “set the tone for the rest of the world” when it comes to climate change, which is vital: The talks in Peru will be the last major gathering before a new climate pact is finalized in Paris at the end of 2015.

Freeman points out that "the terrible air pollution problem in China may be driving them even more than the problem of climate change," but the climate change deal should help them on the pollution issue as well.

“China can definitely learn from our technological developments,” she says. “Part of what [President Obama] has been negotiating, really starting in the first term, were a bunch of deals, exchanges, and collaborative efforts on technology sharing and learning. That’s a huge step on how you make progress on controlling these dangerous pollutants.”

There's currently no inexpensive or widely available technology that exists to capture the carbon from power plants, Freeman says. That means nations like the US and China need to focus on improving the efficiency of carbon-polluting power plants and switch, as much as possible from coal to natural gas and renewable energy.

“That’s actually what China has committed to do,” Freeman says. “It’s kind of an amazing commitment they made in this deal with the US — to achieve 20 percent non-fossil fuel based energy by 2030. That’s a big commitment and a sign of what’s possible.”