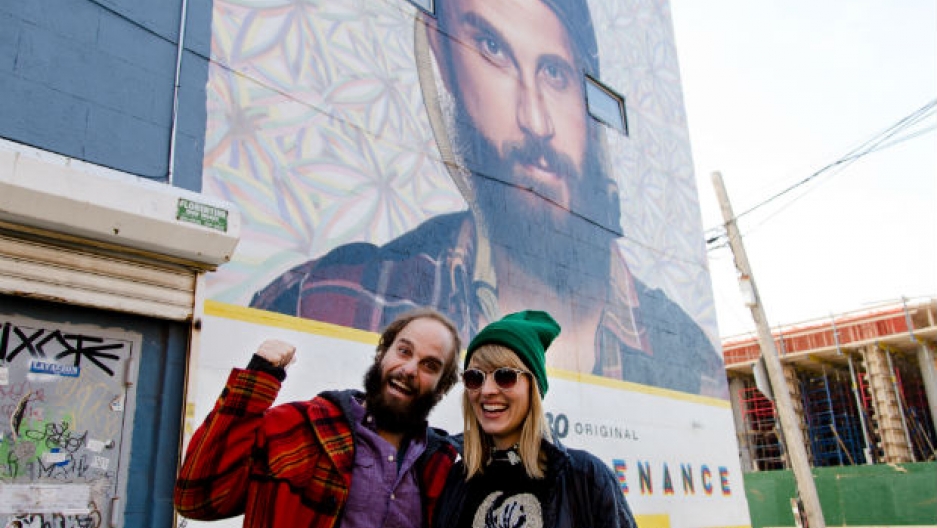 Katja Blichfeld and Ben Sinclair don't remember how the idea for High Maintenancecame to them. Considering the show's subject matter, that's to be expected. Though some might dismiss a web series about a weed messenger and his customers, High Maintenance might be the finest TV made exclusively for the internet. Yes, it has won acclaim from High Times, but alsoThe New Yorker.

Blichfeld, who won an Emmy as a casting director for 30 Rock, had always hoped to find an outlet to showcase the great, underused actors she came across -- including her husband and co-conspirator, Sinclair, who plays the show's nameless marijuana delivery guy. "I feel like on 30 Rock, unfortunately, so many of the roles I was casting people for were one and two-line parts," she says. "Over time, I wanted to see them to do more."

The couple's actor friends are given ample screen time to shine in High Maintenance, which is essentially a series of character studies about users young and old dealing with life, love, and loneliness in New York City.

High Maintenance isn't the first show to tackle drug culture, but it is among the most authentic.It's about marijuana as much as Cheers is about whisky. "Truth be told, the weed story is the last thing to get figured out," Blichfeld says about writing episodes with Sinclair. "What haven't we seen before that happens in real life?"

As essentially the show's sole recurring character, Sinclair is the face of High Maintenance. To celebrate the latest batch of episodes, Vimeo has plastered his likeness all over Brooklyn, Manhattan, and the internet. Thankfully, being a poster boy for the normalization of marijuana culture isn't intimidating to the actor, who first inhaled at the age of twelve. But his love of the project is family-friendly. "The most wonderful thing is that I get to do this with Katja," he says. "I imagine the pride that we feel in this project is tantamount to the pride that one feels for their children. And I don't know a lot of people whose babies are painted on a 24-foot wall."