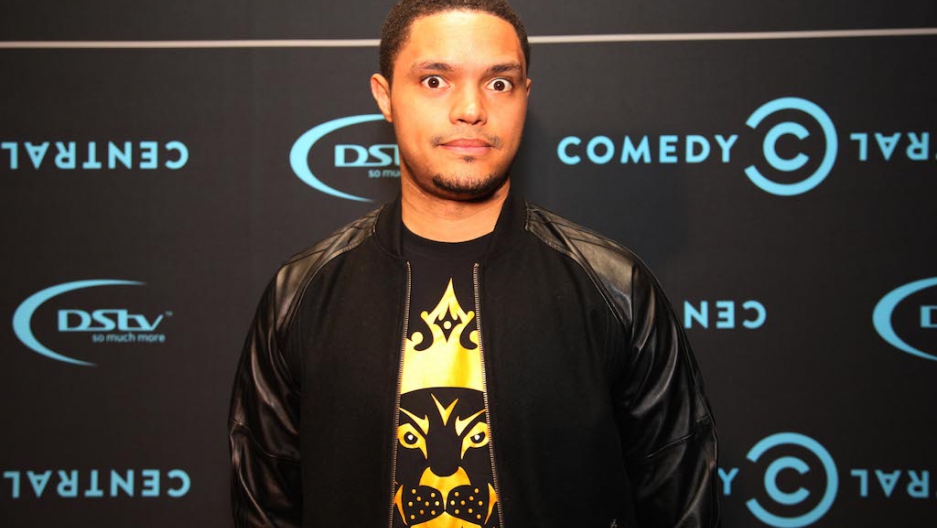 Editor's note: This story was first published on Dec. 2, 2014. It has been edited to reflect the latest news.

JOHANNESBURG, South Africa — Meet the newest face of The Daily Show, a South African stand-up comedian who cheekily strolls out on stage to the tune of "The Lion Sleeps Tonight."

Trevor Noah, 31, is one of this country's most popular comedians, a talented impressionist known for his sharp takes on race and politics. He started appearing on Jon Stewart's wildly popular fake news show late last year. Now he's due to assume the Daily Show anchor chair in September, after Stewart ended his 16-year run as host on Thursday.

Noah is from Johannesburg — there are no lions here, except at Johannesburg Zoo — where he worked as a minibus taxi driver before the van was stolen and he decided to try comedy.

Here is a primer on this comedian you really ought to know:

Trevor Noah was "born a crime"

That's how Noah describes growing up in apartheid South Africa as the son of a black Xhosa woman and a white man from Switzerland.

In one of his stand-up routines, Noah recounts his early years in a family that, under South Africa's stringent laws enforcing racial segregation, wasn't allowed to live together.

"I was born a crime, which is something I don't think they ever thought through," he says. "In the streets we couldn't even be seen together. My father would have to walk on the other side of the road, and he could just wave at me from afar like a creepy pedophile."

In the US, people think he is Mexican

Noah, who is considered to be mixed race or "colored" in South Africa - was hoping to be seen as a super-cool black man when he visited the United States. Instead he was mistaken for Mexican.

He went through hell at home

Noah's mother was shot in the head by her former husband - Noah's stepfather - after years of abuse. The man, Ngisaveni Shingange, left her for dead, and threatened to kill Noah when he confronted him, according to City Press, a South African weekly. The details in court documents are grim, even suggesting that one of the reasons Noah moved to the US was to escape the death threats.

He got his big break thanks to Jay Leno

Noah became the first African comic to appear on the Tonight Show with Jay Leno, after being talented scouted at a small Los Angeles comedy club. After the 2012 performance, Leno slapped him on the back and uttered the magic words: "Come back and see us again, man!"

There is already a documentary film about him

The film "You Laugh But It's True" features Noah visiting his mother and grandmother, and talking about his childhood and early days in comedy. There are also interviews with other South African comics, some of whom seem a little jealous about Noah's sudden success.

Police are shooting protestors here in America. I'm not gonna lie it's making me homesick. #Ferguson

Scotland reminded us that if you really want attention in your relationship, just threaten to leave. #scotland

I'm not gonna lie, after this Ebola crisis, you'd be an asshole to complain about gluten.

And finally... he does a good drunk Mandela