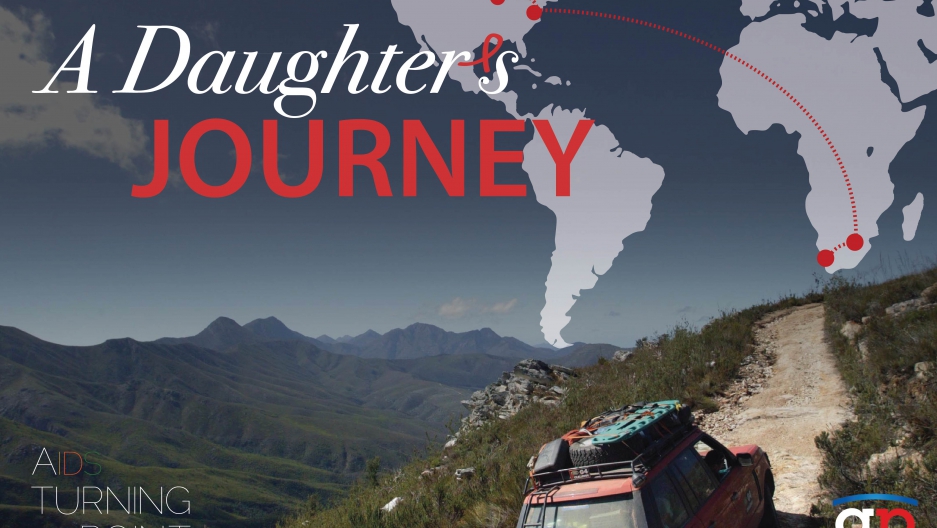 CAPE TOWN, South Africa — The taxi ring looked the same. Rows of white minibuses waiting to be packed with people headed to town, women selling chickens to hungry passersby, and the white building with blue trim where I’d first met the ladies of Langa in 2012.

Nerves surged up in my stomach. I was sure there was no way anyone here would remember me — it had been more than two years and I had not kept in touch.

A man pulled up in his car, “Are you here to see Sheila?” We were. Unlike when I first began my journey, I was not alone.

This time, my friend and colleague Emily Judem was there too. For the first time, I was letting someone else in as I explored the life my mother might have lived, and lives so many HIV-positive women are living.

We got in the man’s car and drove the to the Langa Action Community AIDS Program (LACAP) office, where we met Sheila Gubuza. Her smooth skin, soft eyes and warm smile looked familiar, but I couldn’t be sure we’d met. Emily and I had come to talk to HIV-positive women about whether or not they felt their rights to privacy and equality were protected here in South Africa. Sheila would be our translator.

“Privacy is an issue for our women,” Sheila said. She showed us a printed article. ‘Ladies Build Support in Langa,’ the title read. My eyes locked on the familiar picture of four women with their faces covered by posters reading "use condoms," "positive life," and "get tested."

It was my photo and the article I’d written in this very place two years ago. My heart sank for a moment. Maybe they had hated the article.

“We have a big copy on our wall,” Sheila responded, complimenting me on my work and giving me a big, familiar smile.

She explained that the ladies would look at the article every now and then, and they really liked what I had written. In that moment I realized that my journey two years ago had not only been about me, but it had given hope and a voice to the women I’d spoken with. It turned out our shared experience was not forgotten at all.

Emily and I spent the day with Shelia and LACAP volunteer Nombeko, whose name has been changed in this piece because her neighbors — and even one of her children — don’t know that she is HIV-positive, and she fears repercussions if she discloses her status.

It’s not an unfounded fear — Nombeko told us that her husband had abandoned her and her children once he found out she was sick. She is not ashamed of her illness, she said, but she still doesn’t tell many people her status—especially not her son. She doesn’t want to hurt him, to give him anything else to worry about. She wants to protect him.

I thought for a moment. Would my mother have told me she was HIV-positive, had it not been a death sentence for her? My family did not tell that my mom died of AIDS until years later. The question came to me: If my mother had lived, would I have ever known she had HIV?

In the past two years, I have met many HIV-positive women from around the world who have made me wonder if my mom would have been like them, had she lived. But this question was different. It was bigger.

If I had never known my mom’s status, would I be sitting in Langa with Sheila and Nombeko? Would I have learned so much about HIV and the women whose lives it touches? Would my article be on the wall at LACAP?

My grandma says she thinks that my mom would have shared her status with me once I’d gotten older, but the truth is that I will never know the answers to any of these questions. Sometimes, even two years since I began my GlobalPost blog series, ‘A Daughter’s Journey,’ it feels like I have more questions than answers.

What I do know is that we have made a difference. Each woman who has shared her story with me has changed me forever, and I have changed them.

Nombeko and I sat together after our interview. She was making beaded pendants with the HIV ribbon on them. After a few minutes of beading, she motioned to me to try. She asked me about my mom in broken English and told me she was sorry.

Together, we sat there, her teaching me, one row of beads at a time.