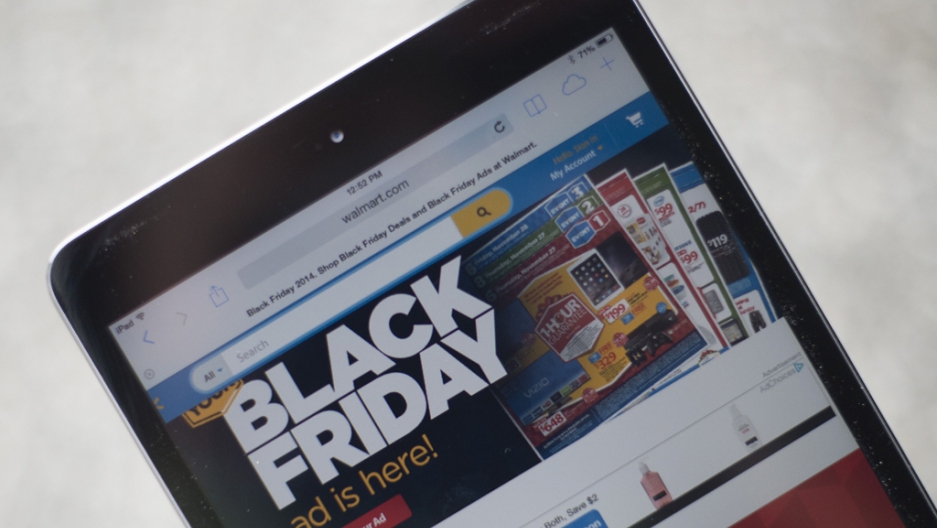 A "Black Friday" advertisement for Walmart is seen on an iPad in Annapolis, Maryland, on Nov. 16, 2014.
Credit: JIM WATSON
Share

It's a tradition that has at times brought great shame to America but nevertheless seems to get bigger every year: Black Friday.

The major retail day that follows the Thanksgiving holiday in the United States, a frenzy of bargains and cutthroat competition for deals, is well known as one of the biggest shopping days of the year. It's also infamous for sometimes turning violent, even deadly. Shoppers storming big-box stores to grab marked-down items have literally trampled people to death on rare occasions. (Violence like this is enough of a phenomenon that there's a website entirely dedicated to tracking shopping-related Black Friday deaths and injuries. In the last eight years, according to media reports aggregated there, at least seven people have died.)

Deals so good people die for them. Now those must be some unmissable bargains, right?

And so retailers have duly done what retailers do best, capitalizing on the craze and exporting the holiday-season deals to eager new markets. Ostensibly tied to American Thanksgiving, Black Friday easily crossed out of Yankee territory in recent years into Canada, Mexico, the UK and other parts of Western Europe. Now Black Friday's reach has extended to India, Nigeria and Eastern Europe, too.

Here's a windshield flier on a car in Kosovo earlier this month, advertising deep discounts for Black Friday:

MarketWatch tells the story of a Nigerian woman who's been waiting all year for the day:

Funmi Adeyemi has been saving all year for Black Friday. Since October, she’s been surfing U.S. websites and has picked out $300 worth of merchandise, including Ralph Lauren apparel for her two-and four-year-old kids and shoes from Neiman Marcus for herself.

And she’s made her selections from the comfort of home — in the Nigerian capital, Abuja.

And the Associated Press reports that more of Britain is catching the fever:

Many of the UK's leading retailing brand names are planning promotions on Friday. Some, such as supermarket chain Sainsbury's, are getting involved for the first time. Videogame seller Game is promising "stunning deals and offers that'll be too hard to resist," and is opening stores the moment the clocks strike midnight Friday.

Really, it's probably time to start considering Black Friday a holiday in its own right, complete with time-honored rituals — like waking up before dawn, probably still stuffed to the gills; standing in line for hours, resenting the masses of other cold, tired people with indigestion all around you who had the same idea; finally breaking through WalMart's sliding doors; maybe even throwing an elbow under the neon lights for that one last Frozen doll ...

It's a tradition the whole world can embrace.