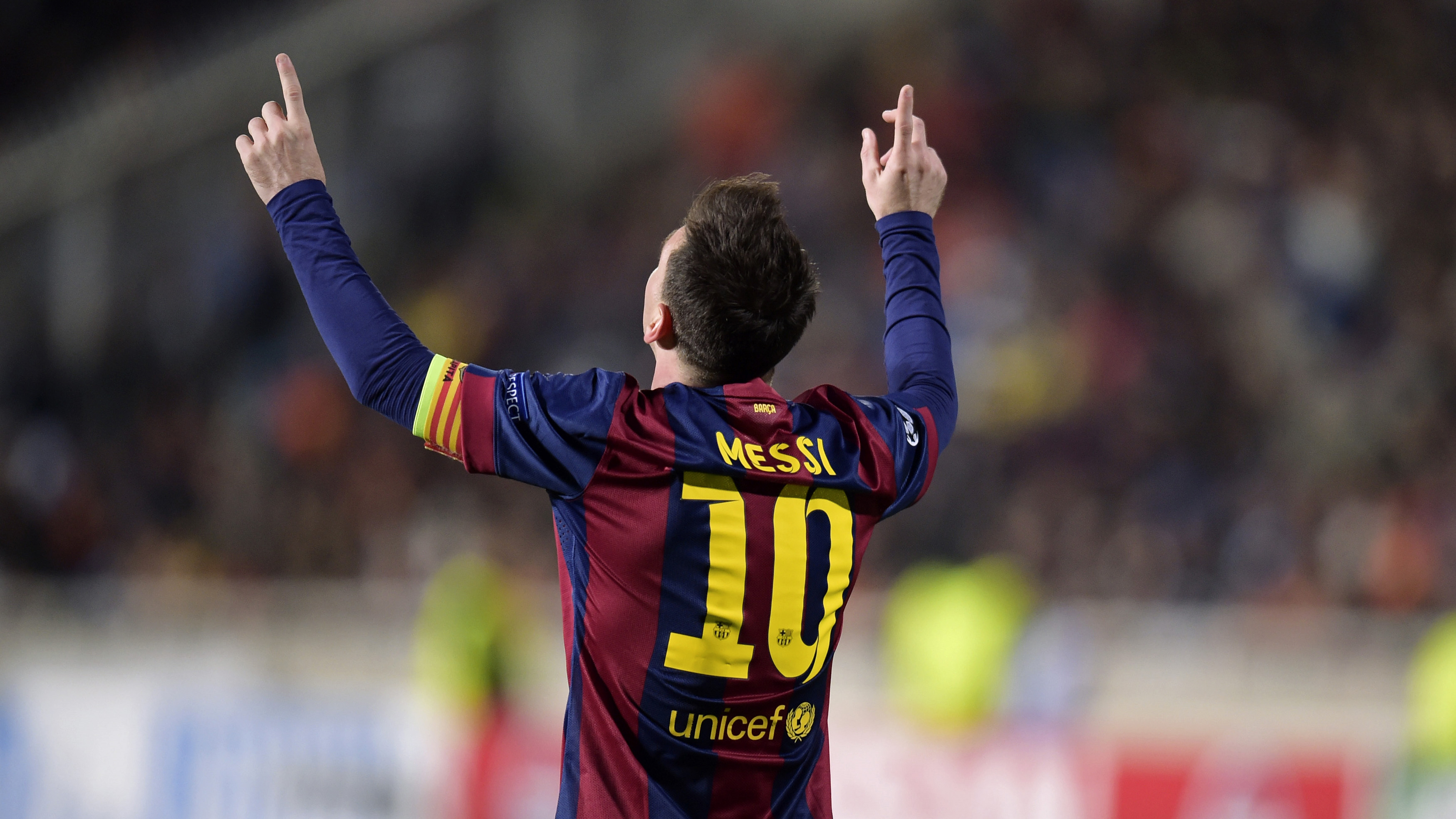 A new chapter was written this week in the battle for individual soccer supremacy between Argentina’s Lionel Messi and Portugal’s Cristiano Ronaldo. But that alone will not determine who’s the better player.

Messi scored three times as his club, Spanish giants Barcelona, beat APOEL Nicosia from Cyprus in the UEFA Champions League. And with that, Messi grabbed the record for most goals scored by a single player (74) in the Champions League, which is Europe’s (and some say the world’s) top competition for clubs.

The previous record of 71 career goals was set by Raúl, a Spanish player who scored his goals for Real Madrid and for Schalke in Germany. It took Raúl 18 years to score 71 Champions League goals. Messi did it in 10, and he’s not done yet. 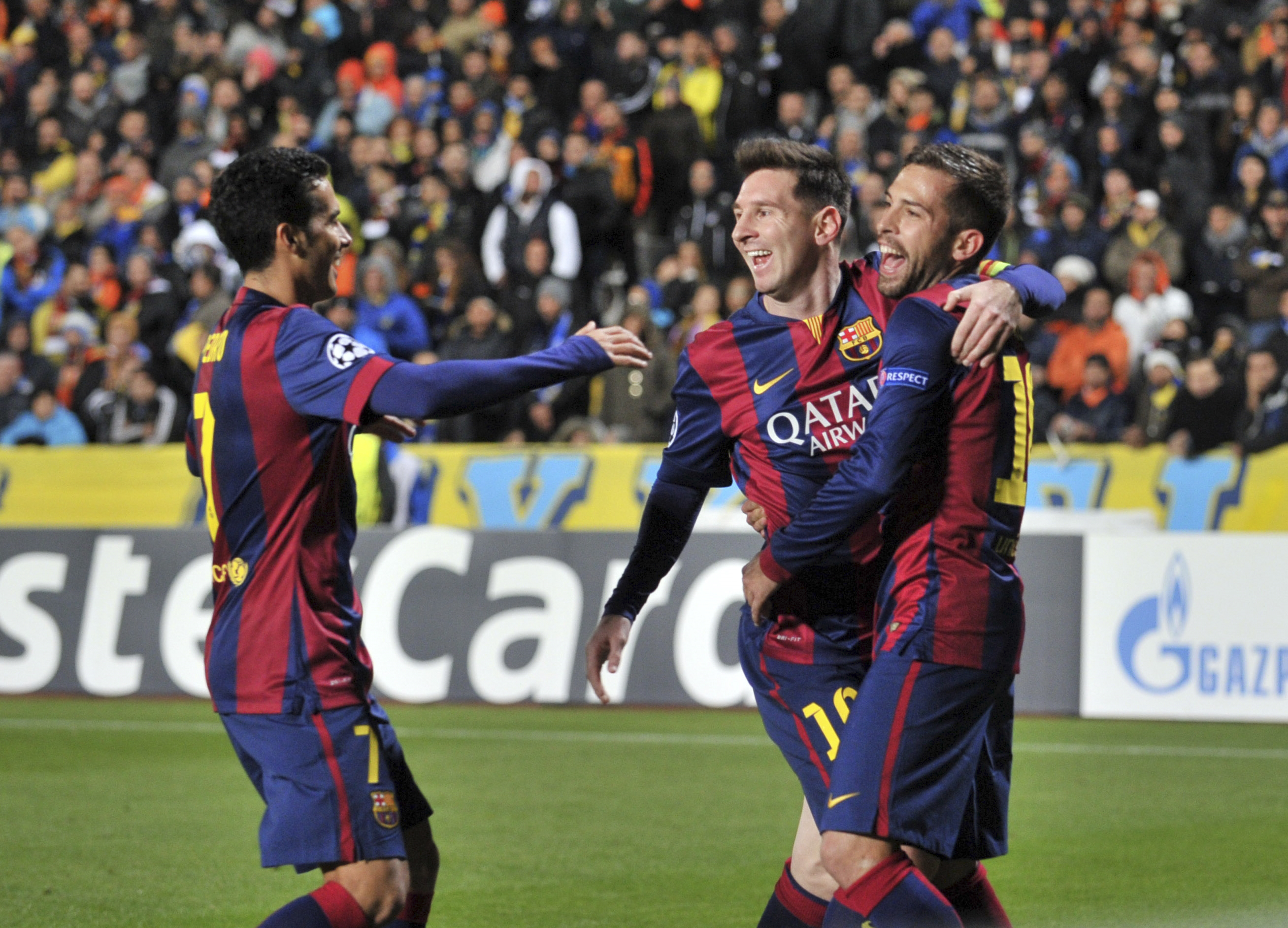 Lionel Messi celebrates with teammates after his record-breaking goal.

But the diminutive Argentine wizard can’t rest on his laurels. The day after he set the new record, Cristiano Ronaldo scored a Champions League goal of his own, to bring his tally to 71, as well.

With both Ronaldo’s Real Madrid and Messi’s Barcelona still expecting to play many more Champions League matches this year, the record is certain to be broken again — and soon.

In fact, both Messi and Ronaldo have a few more years of top-level soccer in them. Mess is 27 and Ronaldo is 29. They could easily keep going for five more years, if not more. Both have scored over 400 goals in official competitions already.

If you look at the statistics, these guys are well above and beyond their current competition. Most of the players who have a similar amount of career goals are no longer playing. And those who’ve scored more are definitely not playing anymore.

Neither Messi nor Ronaldo can really hold a candle to the man most people still think of as the best soccer player ever. That would be Pelé.

His career goal total is over 1,200, though that number includes goals scored in unofficial and exhibition games as well as competitive matches. Pelé is still generally considered a more prolific goal scorer than his modern-day successors.

Oh, and did I mention that Pelé also won the World Cup with his country? Three times. Neither Messi nor Ronaldo have been able to win a World Cup. Messi came close this past summer in Brazil, losing the final game to Germany.

And that only proves that soccer, in the end, is a team sport. And no matter how good an individual player is, he can’t win a major trophy by himself. He needs a supporting cast to really shine.

Pelé had that with Brazil. Messi could still have that at the next World Cup. I don’t see that happening for Ronaldo, though. But you never know.

Both the Argentine and the Portuguese are amazing soccer players who have the ability to score goals in a variety of ways. They both can inspire teammates to shine, as well.

But back to that burning question — who is better, Messi or Ronaldo? I’m afraid we may not know the answer until after they’re done playing.

And, thankfully, that won’t be for a quite a while.