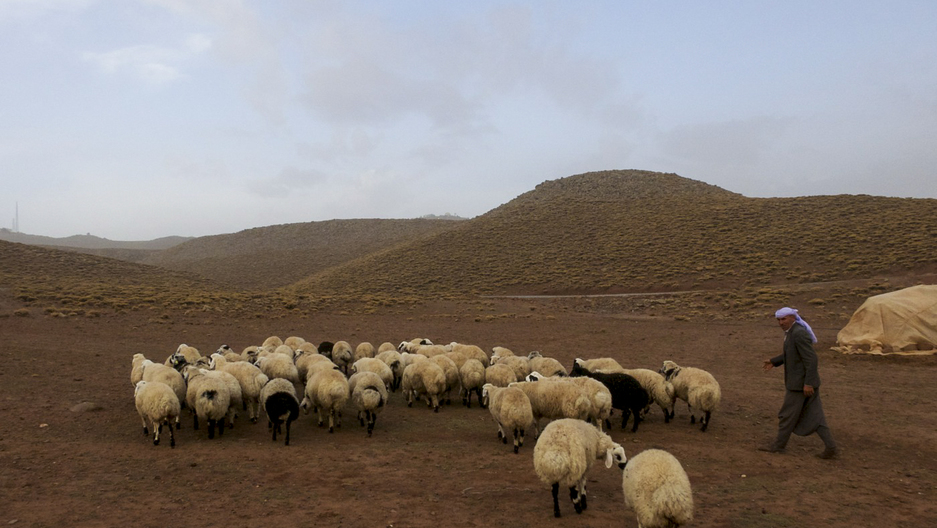 Seydo, a Kurdish nomad, pushes his flock into their October pastures in the Kurdish nomad heartland near Mt. Karacadag in southeastern Turkey.

Almost two years ago, Paul Salopek set off on a very, very long walk. His goal is to retrace the path taken by early humans as they migrated out of Africa about 60,000 years ago.

The National Geographic Fellow is on a seven-year journey by foot that started in Ethiopia and he plans to end it at the southern tip of South America. He has been blogging along the away and his story is featured in the December issue of National Geographic magazine.

PRI's The World caught up with Salopek 22 months into his trek, after he crossed the border between Turkey and Georgia. 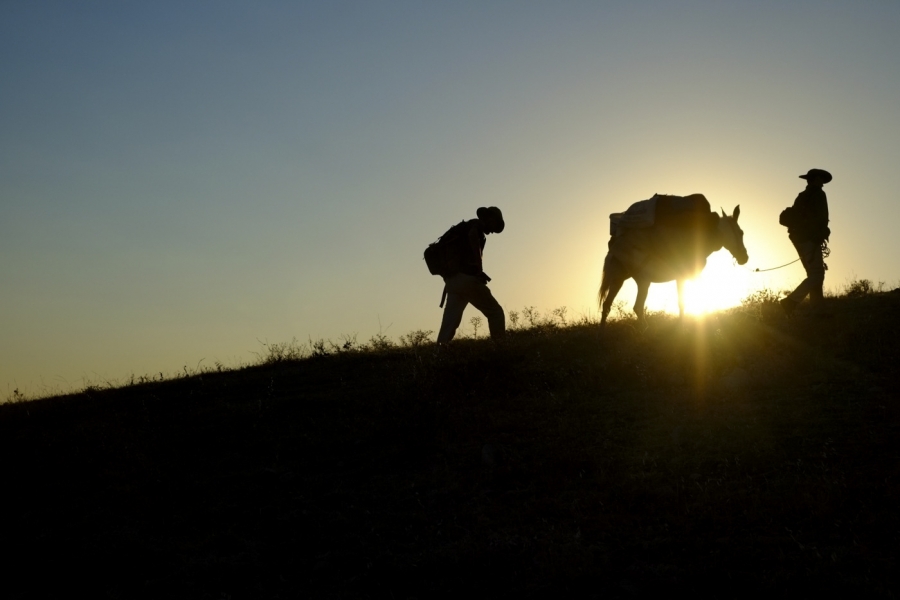 North into the Caucuses, into cold gunmetal skies, eastern Turkey.

"Today was a long day," he says. "Today was 24 miles through cold mountains. I'm tired, I'm hungry, I've not eaten yet. I've come into a tiny, dark village in Georgia."

Yet Salopek says his is a good tiredness. "It's a sense of accomplishment that I would not have gotten driving here. And it gives you a kind of energy, a cyclical energy, because in the morning, I will be recharged."

One of his aims is to explore the major stories of our day, such as climate change, human migration and cultural survival, by finding the people who live those stories and rarely make the news.

As Salopek puts it, "The world is filled with people and walking you bump into them."

One man he bumped into was a Kurdish shepherd named Çoban Ali Ayhan, who lives near the caverns of Hasankeyf in Turkey — an area that has been almost continuously inhabited for 12,000 years, but will soon be flooded by a dam.

Salopek says the shepherd is going to lose his home and the world will lose 12,000 years of history.

"All of this added poignancy when he was walking me around the ruins and his small town that will soon be submerged, and he just broke out in song at the top of a cliff," recalls Salopek. For the journalist, it was like hearing "a human being in pain — like a man pouring salt into the open wound of his heart."

You can hear that sweet and sad song by playing the audio at the top of this story.

For Salopek, "what I heard was his whistling, and his voice sang a love song that was so forlorn that I thought, 'Wow, this is the song ... of this landscape, but also of Kurdishness and of the Tigris River — this ancient river, one of two that define the Fertile Crescent — that was going to be dammed below us."

The Pulitzer Prize-winning reporter continues his journey and says he's undergone a subtle change, "where just pulling on a little rucksack, and saying, 'I'm walking to Tblisi — I'm walking to the capital of this country and it's going to take me five or six more days' — is about the most normal thing. It's like saying good morning to somebody as I head out the door."

You can follow Paul Salopek's journey on a map and through his posts at http://outofedenwalk.nationalgeographic.com/