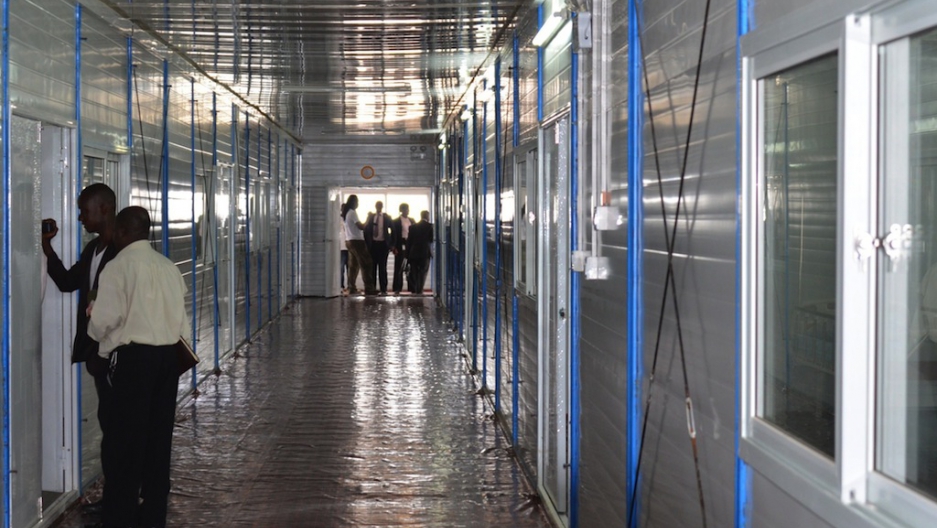 JOHANNESBURG, South Africa — Thanksgiving is traditionally a time to reflect on blessings, something Liberia has been short of this year as the country hardest hit by the Ebola outbreak in West Africa.

But the turning tide of Ebola management in Liberia is offering cautious hope that the deadly viral disease can be overcome.

Founded in part by freed African-American slaves and their descendants, Liberia has marked National Thanksgiving Day every year since 1883. The public holiday is celebrated on the first Thursday of every November (this year, it fell on November 6), rather than the last Thursday as in the United States.

It is a day for people of all faiths to give thanks — in other words, more churchgoing and praising of God, and no turkey dinner. This year, though, the prayers were particularly poignant.

President Ellen Johnson Sirleaf, in a Thanksgiving proclamation, noted that "it is befitting that a day be set aside for the nation and its people to give thanks and adoration to the Lord for this dispensation of grace, mercy and providence for the preservation of the lives of its people to overcome the spreading of the pathogenic disease."

Jeremiah Sulunteh, Liberia’s Ambassador to the US, told Monrovia's Daily Observer: “There is a time for everything. Today is Thanksgiving Day in Liberia and I want to join all Liberians in giving thanks to God for the positive trend now in our fight against the Ebola virus.”

Overall, the situation remains dire. Nearly 5,690 people have died from the Ebola epidemic in Liberia, Sierra Leone and Guinea, with about 3,000 of those deaths in Liberia. The country is also facing food and other supply shortages in the wake of the outbreak that began nearly a year ago.

But Doctors Without Borders, known by their French acronym MSF, has declared that the epidemic in Liberia — unlike those in the two neighboring countries — is in a "new phase," with the number of new cases declining earlier this month for the first time since the beginning of the outbreak.

The challenge now is to keep the momentum. MSF has called for the response to the epidemic to remain flexible, and for efforts to be focused on Ebola hotspots.

The group has warned there is an overemphasis by international donors on building large-scale Ebola isolation centers, when instead more attention should be given to tracing patients, organizing safe burials, carrying out disinfection of contaminated areas and mobilizing local communities.

Rebuilding Liberia's basic healthcare system, which has in effect collapsed because of the outbreak, is another critical component of the Ebola response.

“In Liberia, the international response is finally getting off the ground,” said Fasil Tezera, head of MSF's operations in the country, in a statement.

"We must adapt the strategy if we want to stay ahead of the curve and beat the epidemic."