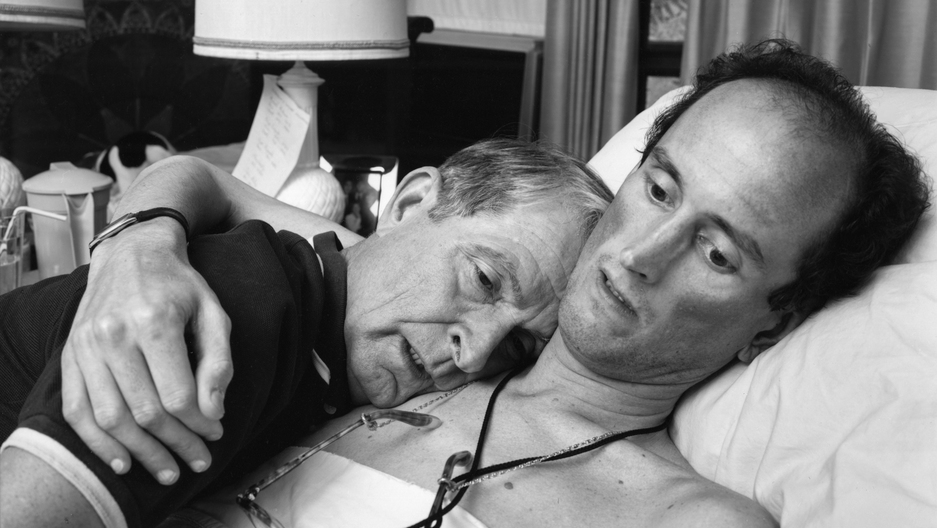 Nicholas Nixon has devoted a significant portion of his long career — which stretches back to the 1970s — to taking portraits of people who are sick and dying. The images in this slideshow are from two projects he did in the 1980s: Photographs of Old People and People with AIDS. He continues to work with people coming to the end of their lives, including those in palliative care and hospice.

“I think I was interested in mortality before I even knew it,” he says. “Something drew me to life being short and sweet and sad early on.”

Fear of and misunderstanding of AIDS was still rampant when Nixon was shooting victims of the disease, and he believes the physical damage of AIDS played a part. "They were kind of emaciated and they were mostly gay men and they mostly looked the same," Nixon remembers. "It’s as though the illness took away their personalities and shrunk them."

That, he believes, allowed others to mentally distance themselves from AIDS sufferers. "That, it seemed to me, made it easier for people who weren’t gay or in any kind of trouble to hold their arm out straight and say, ‘Well that’s not me…’ So I had the audacity to hope that a book of individuals might make at least a few people see. Because once you know an individual, your stereotype always goes away."

Another of Nixon’s most celebrated projects is a series of portraits of his wife and her sisters, with one photo taken annually starting in 1975. The series has been widely shared on social media.

The subject may seem far removed from death and mortality, but Nixon says they wouldn't be out of place in this series: “They state their ambition right up close: to keep going to the end.”

This slideshow, which was originally published by PRI's To The Best Of Our Knowledge, is a collaboration with FlakPhoto, an independent photo/arts collaborative that promotes the discovery of photographic image-makers from around the world.