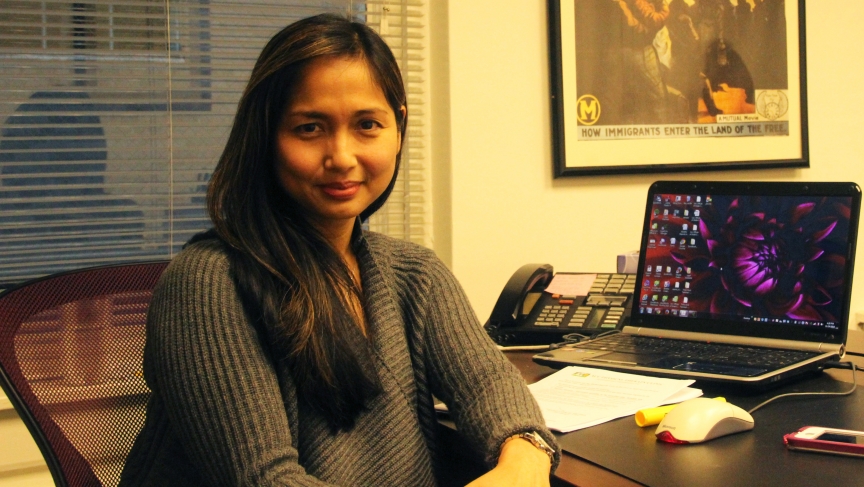 Gisela Chavez-Garcia is an immigration lawyer in New York City. She says the president's immigration plan raises a lot of questions among her clients, but she reminds them that a new president in 2016 could reverse the new changes.

The New York law office where Mohammed Mujumder works is always bustling. But since President Barack Obama announced changes to US immigration policy last week, things are even busier than usual.

"We are getting lot of calls, a lot of inquiry," Mujumder says. "Who will be benefitted as a result of the president's executive order? What needs to be done? What is the qualification process? When the forms will be available?"

While we talk, yet another call comes in. A Bengali woman on the other end of the line explains her situation: She's in the US illegally, she's been here for seven years, but her daughter is a permanent US resident.

Mujumder thinks that Obama’s actions might protect her from deportation — at least temporarily. The new immigration plan from the White House shields undocumented people from deportation if they have children who are permanent residents or US citizens.

But this is about as much as an immigration lawyer can do at this point: Make sure the person meets the criteria that the government has laid out. Afterward they can only advise them to call back in January, when more details about the plan are expected — actual applications are likely to start in the spring.

Mujumder, who's originally from Bangladesh, says many of the calls he's getting are from Bengali immigrants checking on rumors. There’s talk that this is amnesty for all undocumented people — wrong — or that it’s an automatic green card or citizenship — also wrong. Generally, what’s being offered is a temporary work permit and a three-year reprieve from deportation. 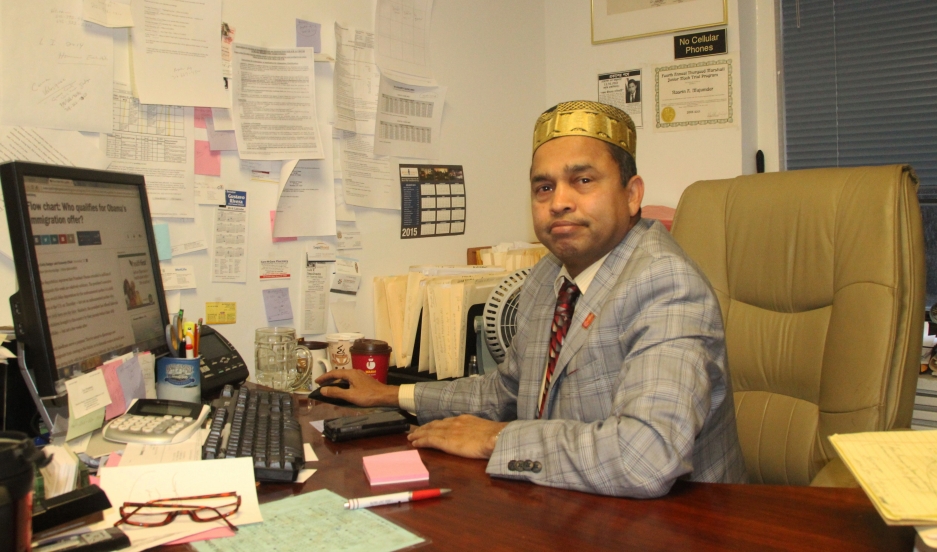 Mohammed Mujumder works in an immigration law office in New York. He says that he and his colleagues are intent on stopping rumors about what President Obama's immigration plan actually does- and warning the public about immigration fraud.

But that delay between annoucement and enforcement also means "a six-month window that people have to go out and scam immigrants," says Camille Mackler, who directs legal initiatives at the New York Immigration Coalition. Her office is already getting reports of fraud in the wake of Obama's announcement.

A coalition of city and state agencies and groups like Mackler's are organizing to fight such fraud by targeting notarios — storefront shops that offer immigrants legal advice, but often scam them out of money and botch forms. In Spanish, "notario" can also mean lawyer, giving them some unwarranted credibility.

Even before the announcement was made, Mackler says "people were like, 'Okay, President Obama's going to announce a new law next week, we already know what it is, and give us your money now and we'll make sure that you're first in line.'"

What immigrants don't know is that such "help" is actually impossible. "First of all, the president cannot unilaterally propose a new law," Mackler explains. "Second of all, you can't do that. Nobody has that ability to jump somebody ahead of any line. That's not how government offices work."

Gisela Chavez-Garcia, an immigration lawyer with offices in Manhattan and Rockland — a nearby county with big Haitian, Dominican and Indian populations — is also hearing about fraud linked to notary publics, who are increasingly accused of marketing themselves as immigration lawyers.

There's also the risk that Obama's measures, being executive actions and not laws, will simply be tossed out by the next president.

"This is a temporary relief and, God forbid the new president would decide to set aside this policy," Chavez-Garcia says. "Then they don't have anything, and immigration has all their information. I caution them that, while this is good for now, I don't know how long this will last."

But she still welcomes the reforms and is eager to contact people. She's kept a list throughout the 10 years she has practiced immigration law. "We meet people every day, and some of them we keep in a file that says 'Immigration Reform.' I told them if there is anything that will be available for you in the future, we will let you know," she says. "And I think many of those [people] would be eligible for this policy."

And as I leave her office, she's getting ready to make one of those calls.