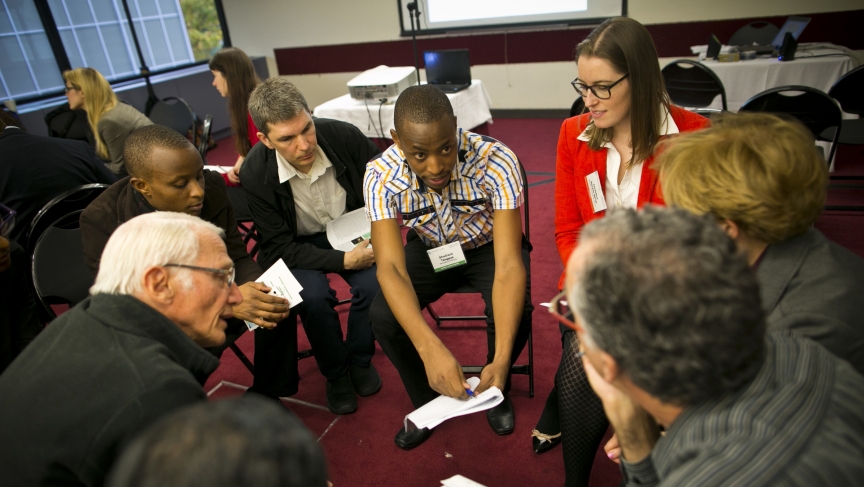 Stephen (left) and Shadrack (center) Osero from Kenya discuss their project for using human waste as a source of green power at this year's Climate CoLab conference at MIT. The brothers were among the winners of this year's CoLab contest, which crowdsources ideas for addressing problems related to climate change.

When people talk about ways to turn back climate change, many think about grand solutions like geoengineering and carbon capture. Others, like Stephen Osero, talk about ideas that are a bit grittier.

"We use human waste [and] turn it into energy,” says Osero, an environmental scientist at Kenyatta University in Kenya.

Osero and some colleagues crafted a process for turning what’s flushed down the toilet into a green energy source, a gas that can be burned as fuel for stoves or to generate electricity. They already have a prototype up and running near Nairobi, and now they’re ready to expand.

“Mostly we want to work with places where we have large populations, where you can get high accumulation of those wastes,” Osero says. “We want to replicate that idea in the whole country” of Kenya.

Osero’s project is just one of several dozen ideas recently showcased at the Climate CoLab conference at MIT. It’s a little like a hackers convention, except that everyone is hacking climate change. All the ideas being discussed grew out of an online community called the Climate CoLab, run out of MIT's Center for Collective Intelligence.

The idea is to “crowdsource the problem of what to do about global climate change," says Tom Malone, the center's director. "We now have a new way of solving really big, hard, complicated problems at a scale, and with a degree of collaboration that was never possible before.”

The ideas emerging from the CoLab are locally grown, vetted by virtual peers, and voted on — in this case, by 33,000 people from all over the world. This year's winners included an Indian program giving community groups money to help create "climate-smart cities," and a radio program in Tanzania that shares locals' methods for fighting climate change.

The ideas are all pretty down-to-earth, but that’s kind of the point: The project is more about solutions that fit local needs than it is about big breakthroughs.

Many of the winners gathered in Cambridge to meet with other contestant, faculty members at MIT and, perhaps most importantly, possible funders. One goal of the competition and its winners' conference is to help launch ideas on a bigger scale.

But another goal is to help change how we talk about climate.

“Given the way that the world is right now, there aren’t a lot of optimistic conversations about climate change,” says Laur Fisher, one of the meeting’s organizers. “We hope that the Climate CoLab can really be a way that people can see there is something that we can do.”

Shadrack Osero, Stephen’s brother and a member of the Kenyan team working on waste, says he's "made friends from corporations, friends from [the] World Bank and professors from MIT. They’ve shown me more connections to guys who are going to fund my project, to make it into fruition."

The optimism, both from Osero and other winners, is obvious. “We shall make a change in the world, together,” Osero says. “I feel happy.” 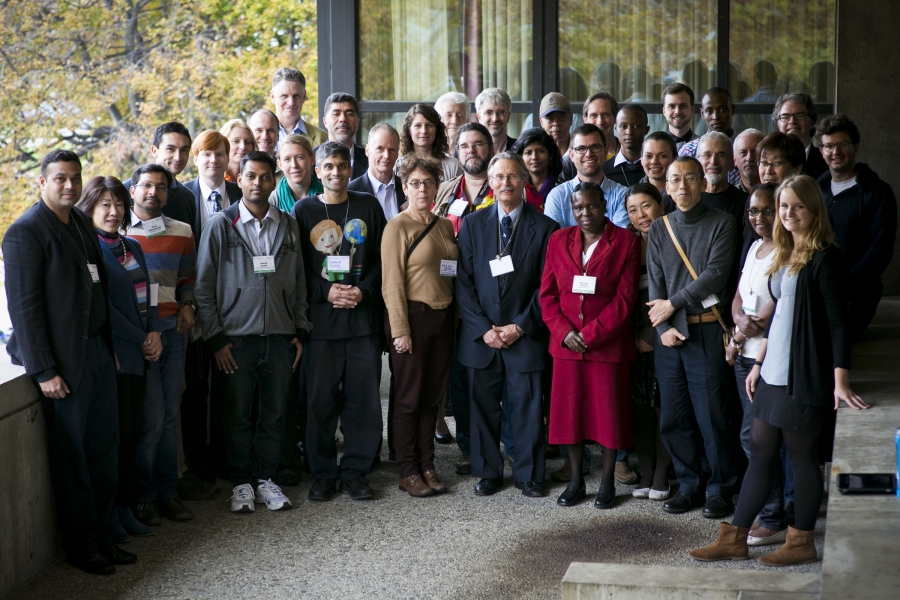