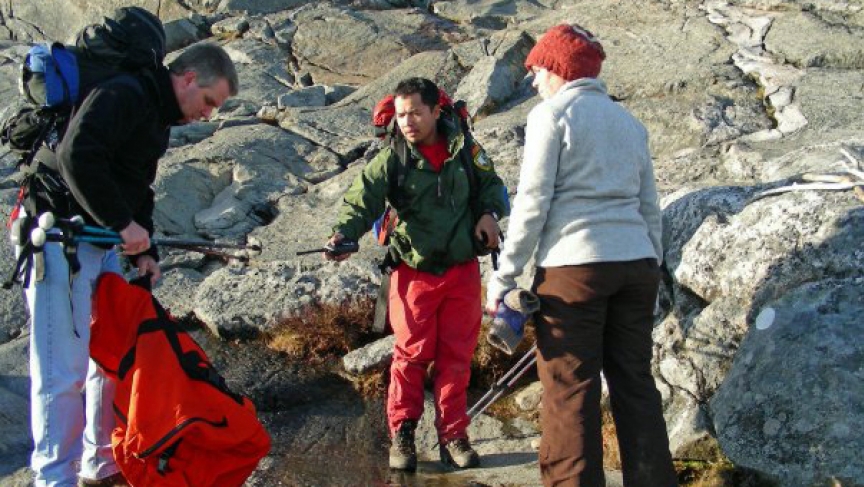 Van Pol (center) during a rescue climb in New Hampshire three years ago. Pol, who fled from Cambodia as a child with his family says, "...The mountain is my vacation, my doctor, my therapist. When I'm happy I go hiking. When I'm sad I go hiking.”

When Van Pol was just a child in Cambodia, he did plenty of hiking.

His family had managed to survive the late 1970s under the Khmer Rouge, the brutal Communist regime that killed more than a quarter of Cambodia’s population. But when war broke out between Cambodia and Vietnam, the Pol family fled on foot to Thailand. Hiking was something you did out of fear and desperation, not for fun. 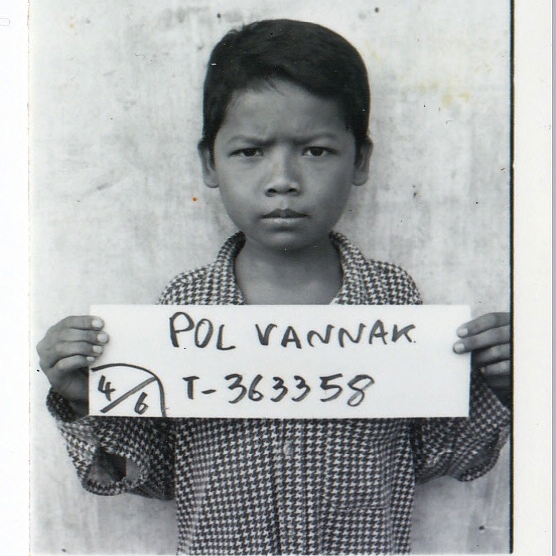 A photo of Van Pol at a Thai refugee camp. Van and his family fled Cambodia when he was just a child in the early 19080s. They hiked through various moutain ranges until they settled into a refugee camp on the Thai border.

After nearly a decade shuttling between refugee camps near the Thai border, the family was finally sponsored to come to the United States. They resettled as refugees in Lowell, Massachusetts, which has one of the largest populations of Cambodians outside of Cambodia.

That's where I first met Pol. It was 1995; I was 6 and Van was 15. My mom was finishing her first year teaching English as a Second Language at Lowell High School. That summer, she took a group of students to hike Mt. Monadnock in New Hampshire, and Pol was part of that group.

It was only years later that I found out Pol wasn't very interested in going hiking. “I'd done so much hiking when I was so young that I didn’t want to do it anymore," he says. "I just want to go out and take pictures."

I remember Pol hanging back as we started to climb. But that didn't last long: He and my 8-year-old sister took off up the mountain, passing me and all of the other students.

“I was one of the first that got to the top,” Pol recalls. “And I've been hiking ever since.”

As soon as he finished high school and got his driver's license, he had the "freedom to go hiking every weekend.” He got his routine down to a science so he could spend every minute of his weekends on Mt. Monadnock and other peaks in New Hampshire and Maine.

“After work on a Friday, I would drive up to the trailhead of the mountain that night," he says. "I would either sleep in my car at the trailhead, or I would park the car and pitch my tent by the trailhead, so when I woke up that Saturday morning I was just ready to climb that mountain, first thing." 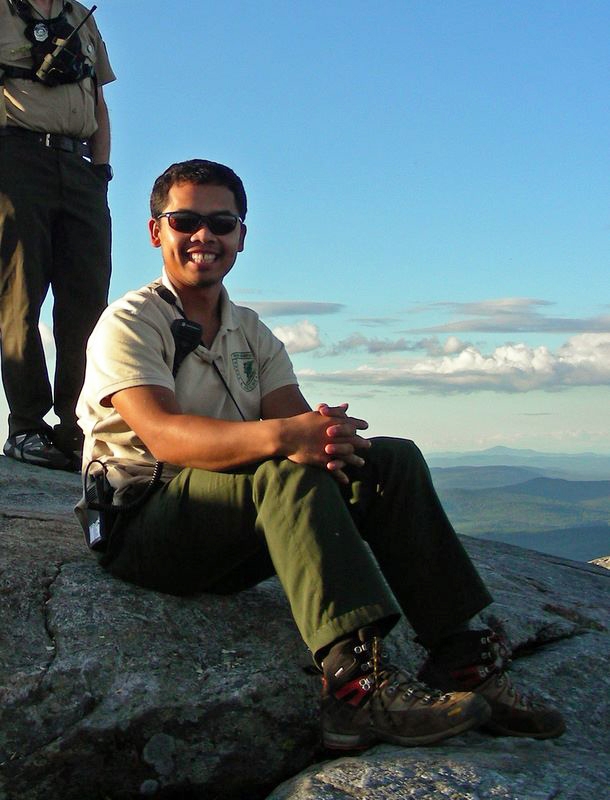 Van eventually became the first Cambodian ranger at Mt. Manadnock. But he's since traveled to Canada, Mexico, Guatemala, Belize, El Salvador and Honduras, for his hiking. He's even climed Mout Kilimanjaro in Tanzania.

The mountains have become a cure-all for Pol: "To me, the mountain is my vacation, my doctor, my therapist," he says. "When I'm happy I go hiking. When I'm sad I go hiking.”

In addition to his day job at a factory in Lowell, Pol became the first Cambodian ranger at Mt. Monadnock. He soon began using his vacation time to venture far beyond New England. "I've been to, let's see, Canada, Mexico, Guatemala, Belize, El Salvador, Honduras, Tanzania for my climb up Kilimanjaro, Iceland and so on.”

But not Cambodia or Thailand.

Van hasn’t been back to the countries he left long ago — though he still thinks about them, especially when he’s hiking.

“Many times, when I go sleeping in the woods backpacking, sleeping in my tent, I would sometimes wake up at midnight and for the first few seconds I'd be like, 'Where am I? Am I back in the refugee camp?'" he says.

In those moments, he worries a bullet may be about to land in his tent. “For the first few seconds or so I thought about that," he says. "But then I realize, 'Wait a minute, I'm safe now. No one's going to come shoot me or take me away.'” 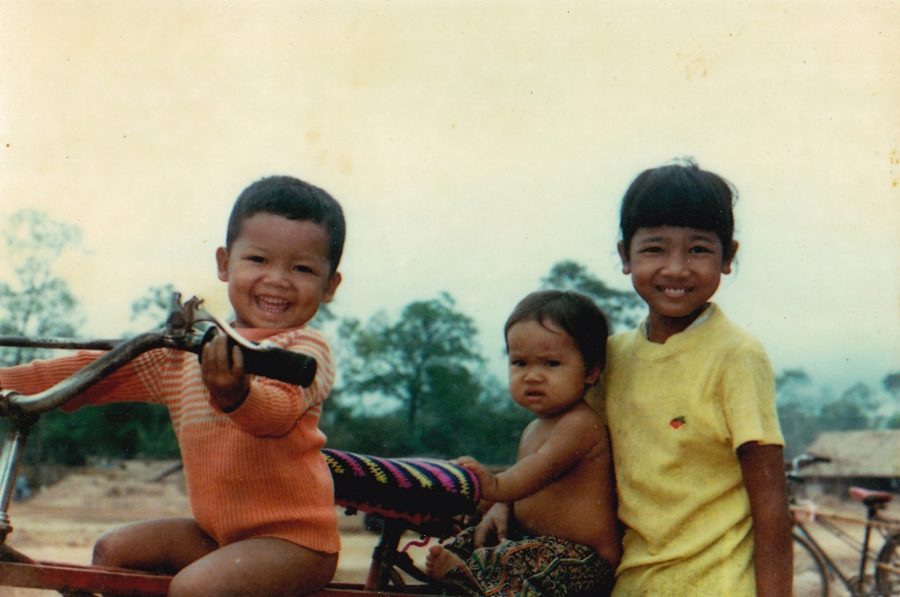 Van (left) with his family in Cambodia before they fled the country to Thailand. Eventually, they came to Lowell, Massachusetts which has one of the largest populations of Cambodians outside of Cambodia.