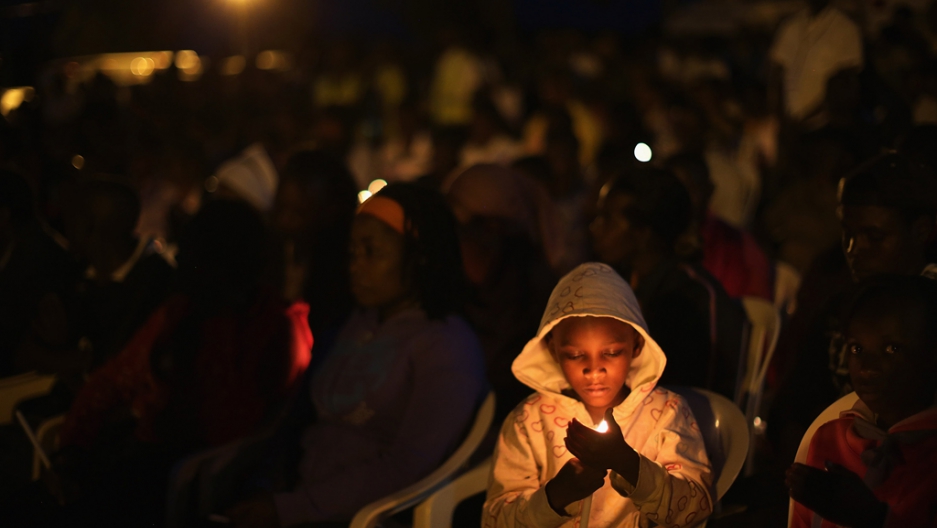 NAIROBI, Kenya — The last time anyone saw Emile Gafirita was late on Nov. 13, when he left a restaurant in the Nairobi suburb of Dagoretti. He never made it home.

Two men accosted Gafirita near his house shortly before midnight. Shouting and the sound of a scuffle alerted neighbors who looked outside to see Gafirita being handcuffed and bundled into a vehicle.

Witnesses say the men spoke to Gafirita in a language they didn’t recognize, neither Swahili nor English.

Gafirita, whose real name is Emmanuel Mughisa, was due to give evidence in December before a French inquiry into the shooting down of the Rwandan presidential plane 20 years ago.

The death of President Juvenal Habyarimana on April 6, 1994, was the spark for three months of genocidal killing that left at least 800,000 people dead, mostly ethnic Tutsis. The slaughter was ended by Tutsi rebel leader Paul Kagame who has been in charge ever since.

Gafirita is a former soldier who claims to have evidence that Kagame ordered the plane to be shot down. This has led some to suspect that his is just the latest in a long list of disappearances and deaths carried out at the behest of the Rwandan government in its efforts to silence critics, dissidents and traitors.

“The Kenyan police have denied he was arrested, so he has clearly been kidnapped,” said Gafirita’s French lawyer Francois Cantier. The lawyer said he had spoken to Gafirita on the day he disappeared to inform him of the date of his scheduled appearance before the inquiry.

“This man is not a fantasist. If [the judges] decided to listen to him, to reopen the investigation, it's because they considered his testimony to be interesting,” Cantier told AFP.

Mystery still shrouds the downing of the plane. It is important because whoever shot down the plane bears a large share of responsibility for the slaughter that followed.

Over the years competing inquiries have drawn opposing conclusions. A 2006 inquiry by French judge Jean-Louis Bruguière accused Kagame and his close associates of plotting the attack. (France got involved because the three crewmembers were all French.)

Then in 2010, Rwandan judge Jean Mutsinzi rebutted the French inquiry saying that Hutu extremists were to blame, eager to get the moderate president out of the way in order to begin the killing.

The to-and-fro has continued. In 2012 another French investigation led by Marc Trévidic and Nathalie Poux inspected the crash site and agreed that Hutu extremists were the likely culprits. But soon after announcing the conclusion of their inquiry earlier this year Trévidic and Poux reopened the inquest in order to hear Gafirita’s evidence, and now he has disappeared.

The most high profile killing was that of Patrick Karegeya, a former spy chief strangled in a Johannesburg hotel in January. Karegaya’s political allies blamed “agents of Kagame” for his murder. No one has yet been arrested.

In August a South African judge found four men, including two Rwandans, guilty of the attempted murder of Gen. Kayumba Nyamwasa, a friend of Karegeya’s and co-founder of opposition-party-in-exile the Rwandan National Congress.

According to research by Human Rights Watch there have been at least 10 assassinations, attempted assassinations, disappearances or attacks on Rwandan government opponents and critics abroad since 1996. One of the earliest was the killing in Nairobi in 1998 of former minister Seth Sendashonga

More recently Joel Mutabuzi, a former member of Kagame presidential guard living as a refugee in Uganda, disappeared in October 2013 only to resurface in Rwanda days later.

Rwanda says Mutabuzi was extradited by the UN refugee agency decried his removal as an illegal “forced return.” A court in Rwanda found Mutabuzi guilty of terrorism and in October sentenced him to life in prison.

In 2011 British police warned two dissidents living in exile in London of an assassination plot against them. “Reliable intelligence states that the Rwandan Government poses an imminent threat to your life,” detectives wrote to Jonathan Musonera and Rene Mugenzi.

Rwanda denies involvement in the string of disappearances, threats and killings but Kagame shows no regret for the demise of his opponents. Days after Karegeya’s death Kagame addressed a prayer meeting in Kigali. “You cannot betray Rwanda and get away with it. There are consequences,” he said.