Last month, we challenged you to The Great Studio 360 Doodle Dare. Cartoonist and newly-minted MacArthur "genius" grant winnerAlison Bechdel started a drawing --- of a disconcerted young woman grasping at something unseen --- and we asked you to complete the picture.

More than two hundred doodlers took our challenge, putting Alison's character in every imaginable situation --- fighting spaghetti, hitching a ride on a dragonfly, hanging off of Iggy Azalea's backside.See all the submissions.

"I was amazed by how many submissions there were," says Bechdel. "And many of them were really, really wonderful." 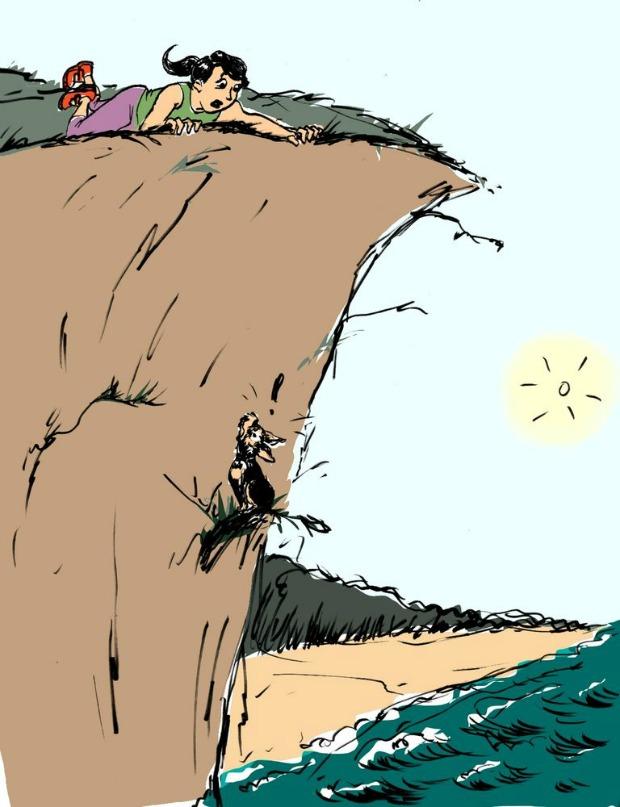 Carolita Johnsonexplained in her submission that the drawing depicts something that really happened to her. "She had a little dog that was rolling around on a cliff above the ocean and the dog went over," Bechdel explains to Kurt Andersen. "So it was exciting to me, because I like to write about my own life, to see someone turn this into a real scene from their own life." 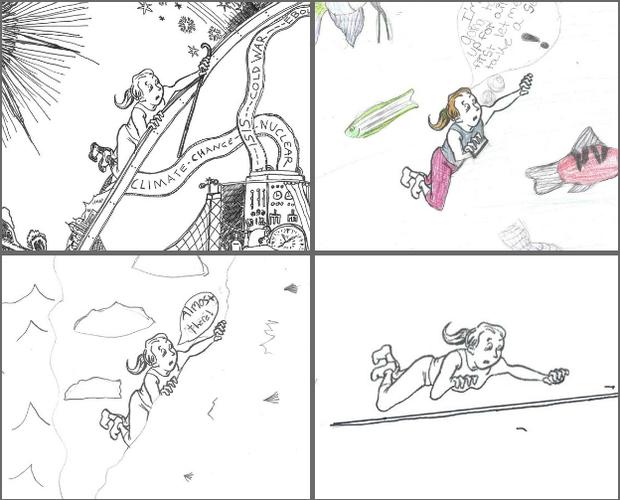 Andreas Frisch, his wife, Stephanie, and their daughters Lucy, 10, and Ella, 7, heard our challenge on air during a car trip. The whole family submitted entries. "It was awesome that they all pitched in," Bechdel says. "Honestly, I think the kids were maybe a little better than the parents." The Frisches have their own drawing contests at home --- Ella, an enthusiastic artist, orchestrates them. "Of course she judges them herself," Andreas adds, "and she ends up winning most of the time."

Bechdel calls out Lucy's doodle, where the female figure is underwater, pausing to take a selfie before swimming to the surface. "She's been criticizing the culture of taking selfies," her father explains.

RUNNER UP: Ian from Queens, NY 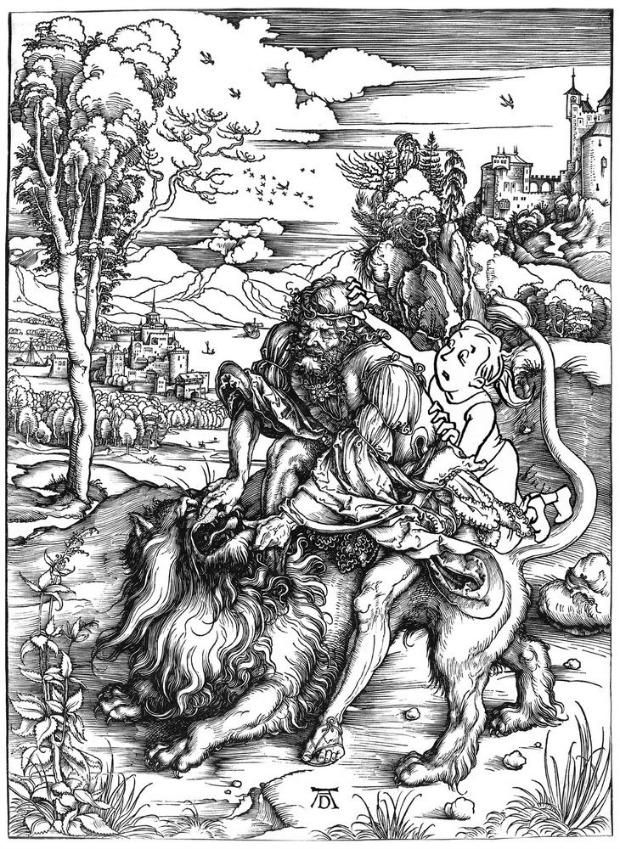 "He somehow fit the drawing into this woodcut really seamlessly, almost like she's part of the original image," Bechdel says of Ian'scollage, which uses Albrecht Drer's "Samson Rending the Lion." "Her grip kind of mirrors the way he's grabbing the lion in front of him," Bechdel says. "So I just thought that was really brilliant." 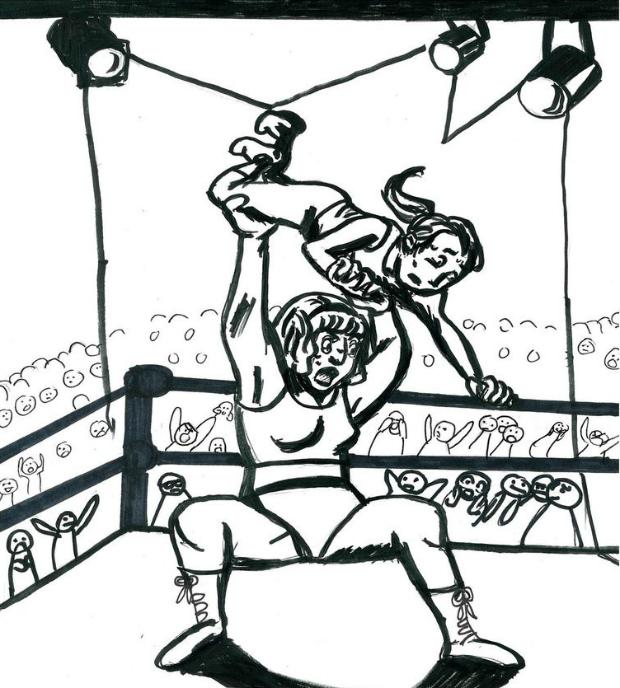