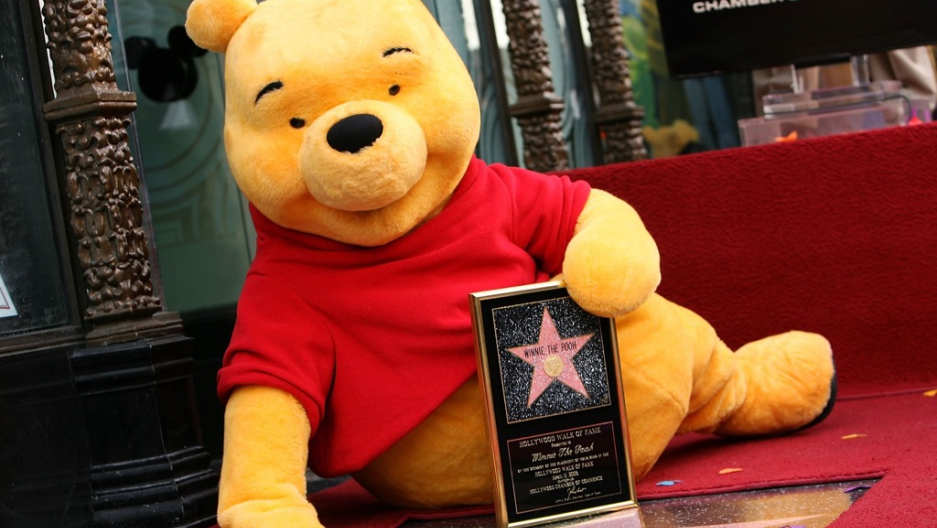 BREAKING: Winnie the Pooh is a hermaphrodite, exposes himself in public, and has no business being around children.

Officials in the Polish town of Tuszyn (around 87 miles southwest of Warsaw) were deciding on a mascot for its town playground, when the classic children's character was suggested as a candidate. They decided to rule Winnie out, because he's an "inappropriately dressed" bear of "dubious sexuality."

Sure, Winnie is a honey junkie who spends most of his time with a chronically depressed donkey and a suspiciously energetic tiger, and if you don't want your kids hanging with that sort of crew, then fine. But if you don't want Winnie at playgrounds because he doesn't wear pants and has no external genitalia, you're living in the past, my friend.

According to the Croatian Times, members of the Tuszyn town council were having this totally reasonable conversation about Winnie's biological sex and choice of outerwear when one of them decided it was worth recording and leaking to media. We all owe this person a debt of gratitude. Because now we know the following things about the members of the Tuszyn town council.

Resident and councillor Ryszard Cichy apparently believes this about Winnie: "The problem with that bear is it doesn’t have a complete wardrobe. It is half naked which is wholly inappropriate for children."

An unnamed official apparently knows why: "It doesn’t wear underpants because it doesn’t have a sex. It’s a hermaphrodite."

And another resident, councillor, and human who lives on this Earth, Hanna Jachimska, apparently blames Winnie's creator, Alan Alexander Milne: "This is very disturbing but can you imagine! The author was over 60 and cut his [Pooh's] testicles off with a razor blade because he had a problem with his identity."

We also learned that some members of the Tuszyn town council are biased against intersex individuals. So there's that.

Winnie's out of the running for playground mascot, but as the councillors move forward with the decision-making process, they should consider that their no-pants rule excludes nearly every cartoon character ever invented, except for Goofy, who rocks an orange turtleneck sweater, charcoal vest, blue slacks, and laceless brown shoes. Classy.

Editor's note: This story was also reported on Polish-language television stations. Here's one of the reports: