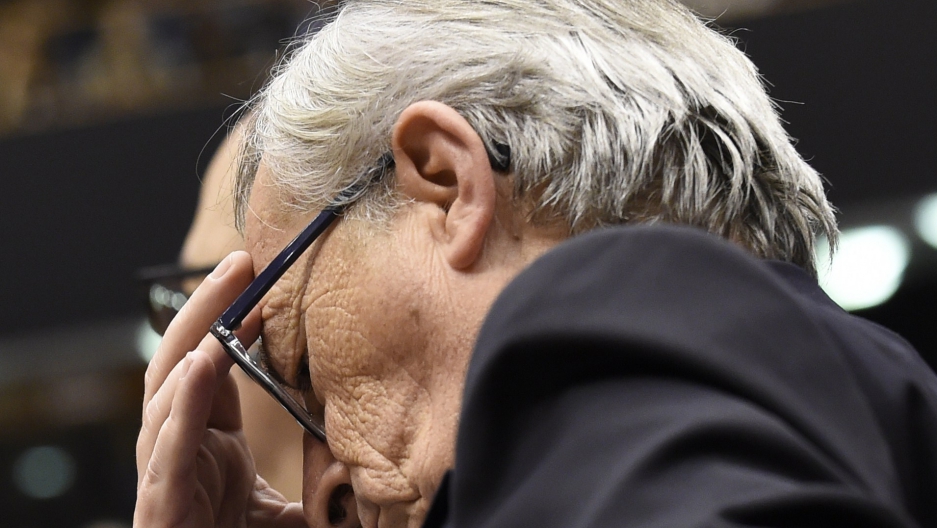 LISBON, Portugal — No one who follows Europe's economy was surprised to hear that Luxembourg helps multinational companies dodge taxes any more than celebrity gossip fans were surprised to see Kim Kardashian has a shapely backside.

Nevertheless, the sudden, very public revelation of the shape and size of it — we're talking about Luxembourg's tax-break scheme, here — has sent shockwaves across Europe's financial and political establishment.

Leaked documents published this month have laid bare the complex accounting mechanisms used by more than 300 companies to funnel profits through the tiny country in order to shave billions off their tax bills.

Pepsi, IKEA, Deutsche Bank and FedEx were just some of the corporate colossuses named in the "LuxLeaks" reports.

Many were clients of PricewaterhouseCoopers, a leading international accounting firm that has said the leaked information was "stolen" and "outdated."

Nothing the multinationals were doing was illegal. Everything was in accordance with the laws of Luxembourg.

The country's financial authorities helped corporations create networks for shifting profits from country to country until they vanished from the view of tax collectors outside the diminutive nation.

In some cases, companies were paying less than 1 percent tax on their profits, the arrangements sealed with so-called "comfort letters" from the authorities.

The landlocked nation wedged between France, Germany and Belgium is a "magical fairyland" for corporations seeking to slash bills, Harvard tax expert Stephen E. Shay told the International Consortium of Investigative Journalists, which broke the story.

The spotlight LuxLeaks has thrown on the secretive setup is prompting demands at the highest level for an overhaul of international taxation rules. It's also making life very uncomfortable for the man just appointed to head the world's biggest economic bloc.

Jean-Claude Juncker took over this month as president of the European Commission, the body that runs the 28-member European Union. His previous employ: 24 unbroken years as finance minister, then prime minister, of the Grand Duchy of Luxembourg.

"There is nothing in my past indicating that my ambition was to organize tax evasion in Europe," Juncker told reporters at EU headquarters in Brussels last week. "I'm not the architect of what you might call the Luxembourg model."

Three monkeys symbolizing "hear no evil, see no evil, speak no evil" sit behind a euro symbol on a desk at the entrance of Luxembourg's prime minister's residence, Hotel de Bourgogne, in Luxembourg on July 14, 2011.

The revelations will almost certainly harm his plans to rebuild faith in the EU, whose support among voters has been sapped by years of economic crisis.

Juncker says he won't interfere as the EU’s antitrust authorities press ahead with investigations into the tax practices of Luxembourg and other EU countries.

Claiming the problem lies not with Luxembourg but rather discrepancies in the international tax system, Juncker has tasked the EU staff to draft new rules to ensure fiscal authorities across Europe automatically share information about their tax-break rulings.

Prompted by a public outcry over the LuxLeaks revelations, G-20 leaders committed to share tax information at their summit in Australia last weekend, although not until 2018.

"Within Europe, there is a lot of pressure across the system, public pressure especially from the small business community which is saying this is anti-competitive, and demanding change," he said by phone from his base in England.

More from GlobalPost: Putin's awkward weekend at the G-20, as explained by 'Mean Girls' GIFs

The LuxLeaks revelations have been a boon to Juncker opponents.

Far-right and euro-sceptic members in the European Parliament teamed up on Tuesday to secure the 10 percent of votes needed to introduce a motion of no confidence calling for Juncker's dismissal.

He is expected to survive. The mainstream center-right and Socialist parties that voted him into office are likely to stand by him during the vote, expected next week.

Parties in government across Europe are aware that the sudden removal of the EU's top official would seriously undermine the bloc's credibility.

But there is growing pressure for Juncker to recuse himself from the EU head office's efforts to reign in tax avoidance. Having him in charge is like putting "Dracula in charge of a blood bank," one Australian campaigner said during the G-20.

Even mainstream political parties that supported Juncker’s appointment are critical.

"It is indeed a shame, with regard to austerity, that Greece and other member states have been asked to implement very harsh measures on social expenditures while at the same time multinational enterprises are eluding taxes thanks to the cooperation of European national governments," Gianni Pittella, who heads the Socialist faction in the European Parliament, said in a statement.

"Juncker has to demonstrate his willingness to become the trigger for a genuine revolution against fiscal dumping," he added.

Of course, not all the outrage expressed by European politicians rings true.

Although the LuxLeaks reports have uncovered details relating to specific companies, Luxembourg's role as a tax hideaway was well known when Juncker was voted into the EU job.

Moreover, Luxembourg is far from alone in using fiscal loopholes to attract investors.

Juncker has pointed out that most EU countries have schemes similar to Luxembourg's even if others don't go so far.

EU antitrust investigators are already looking into tax deals between the Netherlands and Starbucks and Ireland and Apple, as well as Luxembourg's arrangements with Amazon and Fiat. More probes are expected to follow.

Dutch tax rules in particular are facing scrutiny, and not just as a bolthole for American multinationals.

The Netherlands received almost a quarter of all Russian foreign direct investment in the first three months of this year, around $4 billion, according to Russian central bank figures. Dutch-based investors are also the second-biggest group of foreign stockholders in Russia, behind those from fellow EU member Cyprus.

Much of the investment is believed to be recycled Russian money.

British euro-skeptics howling for Juncker's skin are silent about corporate tax breaks in mainland Britain, not to mention the fiscal practices of UK offshore territories such as the Cayman Islands, Jersey and Bermuda.

Little Luxembourg, however, gets a lot of attention. The authorities there were hugely successful transforming the country into a financial center in the 1980s, when the iron and steel industry that had long been its economic mainstay was in deep decline.

Today, the country's 550,000 inhabitants rival those of Qatar and Kuwait as the world's richest, with income per head more than double that of neighboring Germany’s.

Now the country is facing intense pressure to revise its tax policies and Juncker will have to play poacher-turned-gamekeeper if he's to have any hope of restoring his moral authority among the many people who have seen their own tax bills soar during the economic crisis.