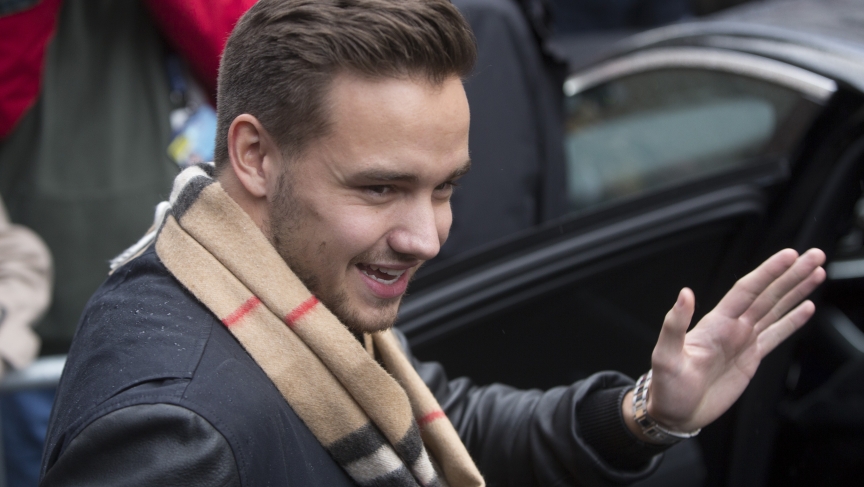 Liam Payne, singer with British boy band One Direction, leaves the recording of the Band Aid 30 charity single in London on November 15, 2014.

We’re still five weeks away from Christmas, but you're probably already hearing holiday songs on an endless loop in every store you enter. Now you can add another song to the long list of holiday jams: A new remake of the 1984 hit “Do They Know It’s Christmas?,” which came out Sunday.

Originally performed by Band Aid, Bob Geldof’s charity supergroup, the song was designed to raise money to fight famine in Ethiopia. It eventually became the fastest-selling single of all-time in the United Kingdom. And in addition to breaking records on the music charts, it spawned a number of charity events and ushered in the modern era of music recordings for charitable causes.

“I learned how to care from that record,” says Lori Majewski of the original 1984 song. She's been covering Band Aid 30 for Rolling Stone, and is the author of, “Mad World: An Oral History of the New Wave Artists and Songs that Defined the 1980s.” “Millennials today, they know about this stuff — volunteerism is huge in schools. For us back then, we learned that buying a record can save a life.”

Majewski says that the original song forever changed both the music business and the charity industry.

“You have to remember how seminal this was,” she says. “They hadn’t had a charity like this with rock stars involved since the concert 'Bangladesh,' which was George Harrison’s big fundraising effort back in 1971.”

According to Majewski, Harrison contacted Geldof during the early stages of the 1984 Band Aid project to share his expertise.

“[George Harrison] actually got Bob on the phone and said, ‘I’m going to teach you all the things you need to know and all of the mistakes we made,'” she says. “‘Bangladesh’ was kind of a financial mess — labels were asking for a cut. In the case of Band Aid, and some of the ones to follow, the record labels and the business said, ‘We’re going to funnel this money to where it’s supposed to go.’”

The record labels and the artists that participated in the original 1984 recording — which included musicians and groups like Duran Duran, Kool and the Gang, Sting, Phil Collins, Bananarama and several others — even volunteered their work, receving no pay for the song.

To date, the 1984 project has raised more than $190 million worldwide. But with album sales tanking, many wonder if the new Band Aid can generate the same kind of revenue that it did 30 years ago.

One group in particular might help the cause: “Getting One Direction on board was genius," Majewski says. "They have so much clout and so much power."

One Direction is arguably one of the most successful boy groups of all time, and one of the most popular musical acts currently on the market. The group has more than 21 million Twitter followers — more than Beyoncé, Miley Cyrus, MTV, and Kourtney and Khloe Kardashian —and their 2013 album sold over 1 million records in five weeks in the United States.

Their fundraising power has been put to the test, too: The group recently helped raise more than $341,000 when they asked their fans to donate to a Prizeo campaign to support the organization Stand Up to Cancer.

“Not only are they selling T-shirts and lunch-boxes, but they can go out and tell their fans to support this cause,” Majewski says. “Within four minutes of Band Aid 30 debuting the other day, they raised over 1 million pounds in downloads — and that was just pre-orders."