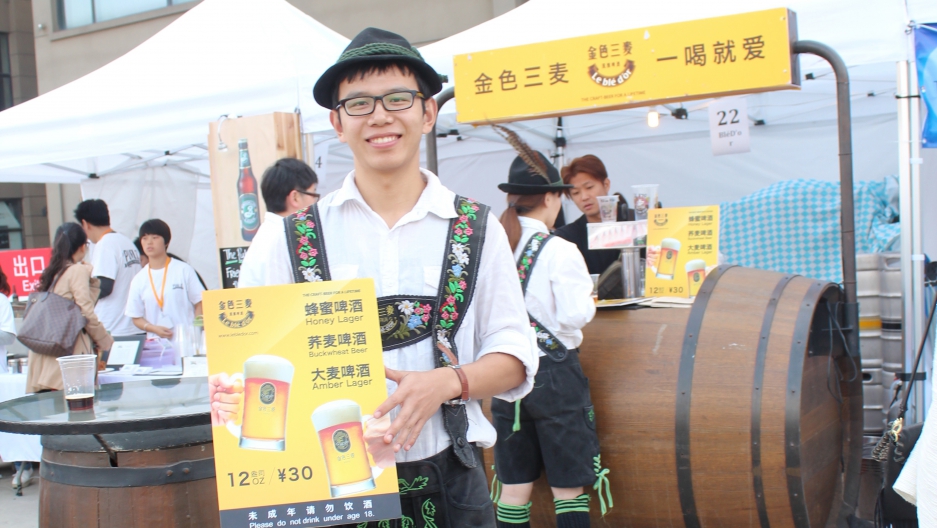 At the Shanghai Beer Fest, a waiter for a local brewer sports lederhosen. China is becoming more of an international beer market.

There's no shortage of beer in China. In sheer volume, China produces more beer than any other country. It's even expected to overtake the US as the most valuable beer market in just a few years. The problem, according to a lot of beer aficionados, is that most of it isn't very good.

Chinese people joke that the local lagers — stuff like Tsingtao or Snow — could easily pass for water. Some people even drink it to rehydrate after getting drunk on other alcohol. But tastes here are starting to change.

That's on display at a pint-sized bar Shanghai bar owned by Jackie Zhao. He's filled the cozy, wood-paneled space with over 100 varieties of hard-to-find craft beers from around the world.

It's actually more a bottle shop than a bar, and it's unlike any other I’ve seen in China. There’s no loud music and no smoking. Jackie calls it a “beer nest,” a place to taste and experience new flavors. And he takes his job as teacher very seriously.

He tells customers that they need to have a conversation with him: “You must tell me your taste. Beer is a sweet-bitter balance; you need to tell me you like bitter, you like sweet," he explains. He wants his customers to appreciate different styles of beers and find their favorites.

“If they say, ‘oh whatever,’ I say 'No, no whatever,'" Zhao says. "You pay money. If I choose the wrong beer, you’re not happy.” Eventually, he says, they take his recommendation and end up telling him it's really good beer.

That wasn't the case in 2003, when Zhao, whose day job is importing Western food, brought in some of China’s first craft beers from abroad. No one would buy them.

“It was too early,” he says. People didn’t really understand what it was. “The beer tasted totally different, and the price was very high. If you do something too early you lose money. [If] you want to change people’s taste, it takes time.” 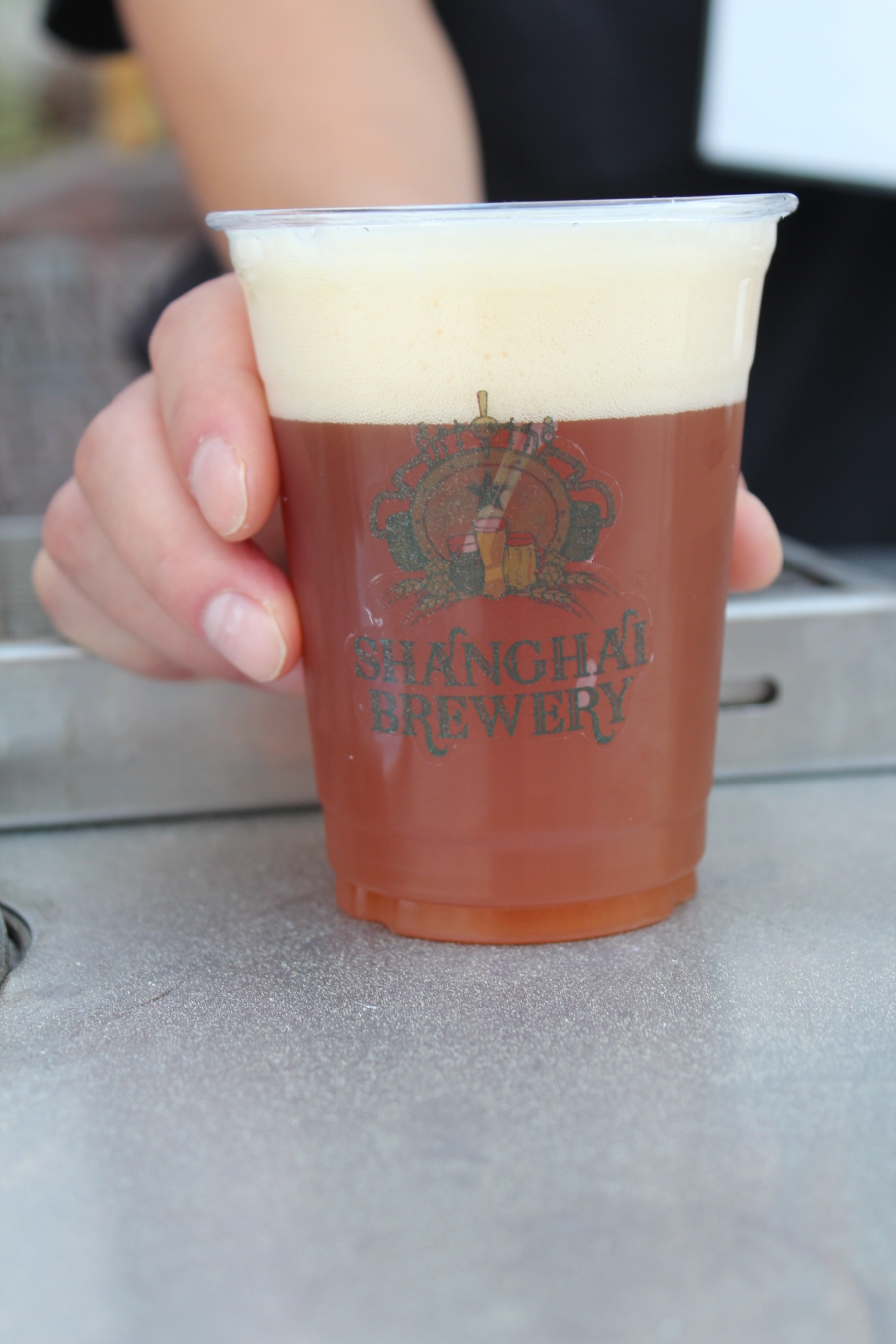 When he opened the bar four years later, the timing was better. It could only seat four people, but the beers were so popular that the crowd overflowed onto the sidewalk. He even had to move down the street to accommodate one crucial furnishing: a toilet.

Craft beer is now a fast growing trend in China, and not just in Shanghai and Beijing but also smaller cities around the country. Along with wine, travel and cars, imported beer is a luxury buy for locals looking to show off their good taste.

The Shanghai International Beer Fest, held this fall, drew 40,000 people ready to try a wide variety of different beers. Gao Meng, a 26-year-old who came with her husband and son, was sampling a lager from Brooklyn Brewery.

“I really don’t like normal beer," she says, but this one is different. "I like this taste. It has very heavy, very good taste.”

Local microbreweries and home brewing associations are also popping up all over China. They came to the Beer Fest to show off brews with Chinese characteristics. There were beers brewed with everything from Sichuan peppercorns to purple rice to Tibetan barley. Some were flavored with tiny fragrant guihua blossoms or jasmine tea. There was even a roasted sweet potato beer that reminds me of a pumpkin ale.

“No. I can tell you 100 percent no,” says Gao Yan, the brewmaster who wrote the book on beer in China — a Chinese language manual for homebrewers.

His Baby IPA is one of the few local craft brews to be bottled in China, but his brewery has twice been shut down by the government. Why? Because of the crazy red tape and import restrictions that make brewing here frustrating at best. Brewers tell stories of smuggling in American hops in their luggage. One local brewery actually bottles its beer in the US and then ships it back to China to sell.

He and and some of the other local breweries are even trying to export to the US. So one day in the not too distant future, when you’re looking for a Chinese brew, you may be able to skip over the Tsingtao and buy, say, a Panda Brew, Master Gao or Slow Boat instead.

This story was produced with support from the UC Berkeley 11th Hour Food and Farming Fellowship.

What's the weirdest beer you've ever tried?  And where did you try it? Let us know in the comments.