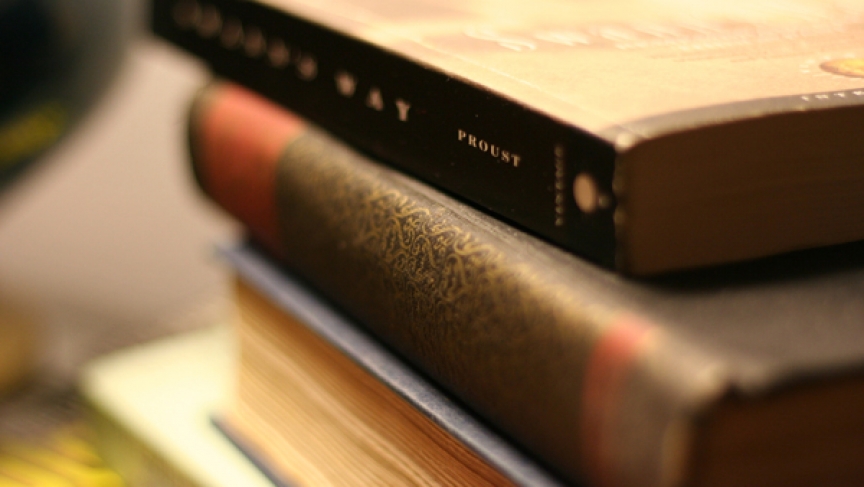 It's not often that a translator has a story as good as the author himself. But C.K. Scott Moncrieff's was wild enough to seem like fiction.

Moncrieff was the first person to translate Marcel Proust's seven-volume epic, "Remembrance of Things Past" into English. He was also a poet, a soldier during World War I and a spy in Mussolini's Italy.

But Moncrieff’s own life was mostly hidden, according to his great great-niece Jean Findlay. She recently published the book "Chasing Lost Time: The Life of C.K. Scott Moncrieff: Soldier, Spy and Translator."

“All I really knew about him is that he had translated Proust," Findlay says. "His life story was really kept hidden from me. Nobody had investigated it very much  — mainly because they were ashamed of the fact that he was a homosexual." 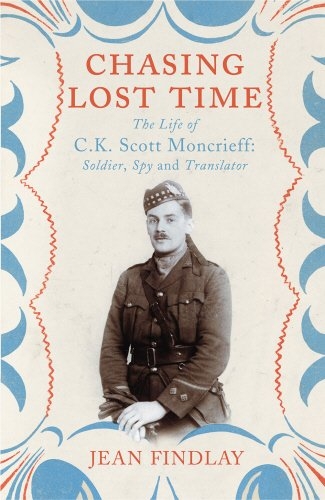 Findlay’s own interest in her great great-uncle began after her mother handed Findlay a suitcase full of his poetry.

Charles Kenneth Scott Moncrieff was born at the start of the 20th century. “He was a bit of genius: He learned French when three from a Belgian nanny, and then he was a brilliant translator of Latin and Greek at the age of 11,” Findlay says.

He was a voracious reader, going through the entire library at his boarding school. He also began writing and publishing his poems at age 16.

He started working as a translator after returning home from World War I, and even his first translations weren’t anything to scoff at. He translated “La Chanson de Roland,” or “The Song of Roland,” from medieval French, and then went on to translate Beowulf from Old English.

In 1922, he tackled “Swann’s Way” — the first volume of Proust’s epic, "Remembrance of Things Past."

The translation proved to be a challenge, not the least because of the dense and complicated prose — one page could often be one whole sentence. But, according to Findlay, the manuscript itself was a mess as well.

“The version he was given was a very complicated version, because it had been published during the first World War, when there weren’t very many typesetters," Findlay explains. "They mixed up a lot of the objects and subjects of the sentences. So very often it was a work on interpretation and guess work."

Even Moncrieff’s translation of the title, “Remembrance of Things Past,” was also called into question. It's a line from Shakespeare’s Sonnet 30:

When to the sessions of sweet silent thought
I summon up remembrance of things past,
I sigh the lack of many a thing I sought,
And with old woes new wail my dear time's waste:

Then can I drown an eye, unus'd to flow,
For precious friends hid in death's dateless night,
And weep afresh love's long since cancell'd woe,
And moan the expense of many a vanish'd sight:
Then can I grieve at grievances foregone,
And heavily from woe to woe tell o'er
The sad account of fore-bemoaned moan,
Which I new pay as if not paid before.
But if the while I think on thee, dear friend,
All losses are restor'd and sorrows end.

“He thought that that line from Shakespeare contained enough references to cover the ambiguities in the French [“À la recherche du temps perdu”], which is about in search of lost time and wasted time,” Findlay says.

Proust himselt didn’t like Moncrieff’s title: He wanted the translator to put a “To” at the beginning: “To Remembrance of Lost Time.”

“And then [Proust] said, ‘Well my English isn’t that good, so that might not be a good idea,’” Findlay says.

Moncrieff’s translation of Proust went on to be the authoritative version for many years. A new translation wasn’t even published until 2002. That attempt took seven translators and seven years to write. Moncrieff also took seven years to complete the work — in between spying for the British in Mussolini’s Italy as well as translating other authors, like Italian dramatist Luigi Pirandello.

Moncrieff’s version went on to influence authors like James Joyce and Virginia Woolf. “In fact, Virginia Woolf wrote in her diary that she was reading Scott Moncrieff’s Proust, and it was so exciting it was almost like a sexual experience," Findlay says.

She re-read her great great-uncle's translation while she was working on his biography. “I think he’s better and better the more you read him," she says.

"You can actually open Proust anywhere in the enormous novel and find something which is utterly poetic and meaning and will take you back into yourself," Findlay says. "It’s a bit like meditation: It takes time apart. It can make one second an entire chapter."