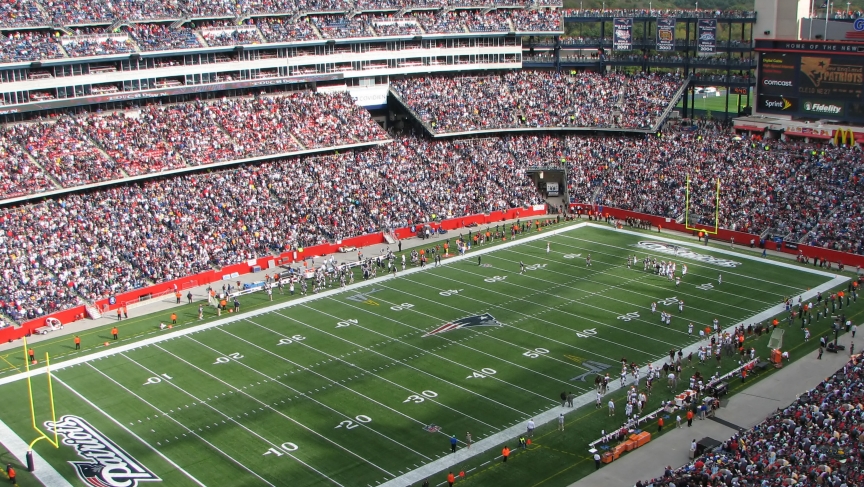 The New England Patriots are one of several teams putting big data analytics to use on fan behavior, as well as athlete performance.

Even if you’re not a huge sports fan, you’ve probably heard of Moneyball: The Art of Winning an Unfair Game.

It's the book that showed us how the Oakland A’s baseball team used data and statistics to completely turn around their ball club in the early 2000s. It also brought the concept of sports analytics into the limelight, though Brad Pitt probably helped with that too.

“That movement started in baseball, but in the ensuing years it expanded to virtually all sports,” says Ben Shields, a lecturer at the MIT Sloan School of Management and the former social media and marketing director at ESPN. Today, professional sports organizations are using data analytics to guide decision-making on everything from player selection to marketing techniques.

“The focus for us is engaging and retaining our customers,” says Jessica Gelman, co-founder and chair of the MIT Sloan Sports Analytics conference as well as a vice president at the Kraft Sports Group, which owns the New England Patriots football team. She says mobile technology and data mining give sports franchises access to all sorts of new information about their customers.

Take a recent survey the Patriots gave to their fans, asking them to report what pages they visit on the team’s website. Gelman says that while no one admitted to visiting the cheerleader page, the website’s analytics revealed it to be the second-most visited page on the site. “I mean, people like our cheerleaders,” explains Gelman. “Yes, they are big fans of the team, but there are other elements to the game-day entertainment.”

While adding a “cheerleader cam” to game-day coverage (which is what the Patriots decided to do) might seem relatively harmless, the use of data in sports could lead to larger privacy issues for fans and athletes in the future.

“Teams are investing multiple millions of dollars in players, and the use of the new medical and health analytics tools are intended to maximize that investment,” says Shields of the increasing popularity of wearable technologies like Fitbits. The amount of data a player is expected or required to share with his team is part of a growing debate around privacy in sports, says Shields.

On the marketing side, franchises now have access to information that fans might not know they're sharing. Mobile ticketing allows teams to track all game attendees, their purchasing histories at the stadium, and whether they follow the team on social media.

But while data can tell you a lot about athletes, it can’t take away the unknowable magic of sports. “If I’m talking to a coach of a basketball team, I have to recognize that team chemistry and momentum are also at play,” Shields says. “Two people can look at the same information and find very different pieces of truth,” agrees Gelman.

As for the Oakland A’s, the jury's still out on the effectiveness of data analytics for the team. They made it to the playoffs this year, but they still haven't won a World Series since 1989.