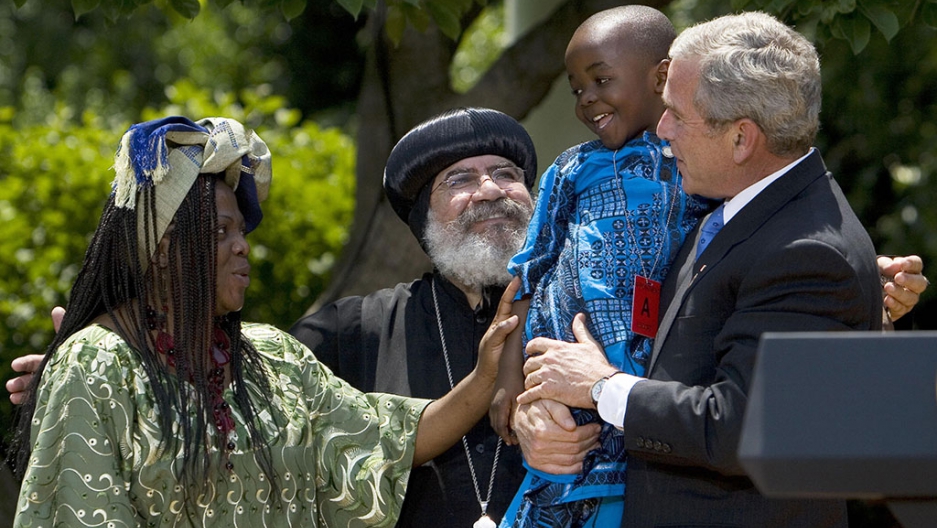 BOSTON — With the declaration that Texas is now Ebola-free, the last potentially infected person having cleared the 21-day monitoring period, the United States is quickly shifting focus to other hot-burner topics. But while the fast fade of Ebola hysteria is a good thing, we now risk losing sight of a critical larger issue: The need to build strong health care systems in the poorest parts of Africa.

Failure to act at this moment would be a huge mistake. In the global village of the 21st century, the next deadly epidemic is only a matter of time; it could well turn out to be far more contagious than this one. (To put Ebola into perspective, consider that the influenza epidemic of 1918-1919 killed more people than World War I, somewhere between 20 and 40 million.)

Fortunately, history tells us that there is another way. In 2003, the United States government launched an initiative known as PEPFAR — the President’s Emergency Plan for AIDS Relief — with an initial $18-billion commitment.

For a decade, I was on the ground in Africa as a principal investigator for large PEPFAR projects in six countries. I helped launch and run PEPFAR efforts that cared for more than two million people living with HIV/AIDS and prevented hundreds of thousands of new HIV infections.

PEPFAR has supported HIV care, treatment and prevention in 65 countries —one-third of the world’s sovereign states — directly preventing more than 1 million babies from becoming infected with HIV and saving an additional 6.7 million lives with critical treatment. That total is almost 12 times the population of Washington, DC.

As US and world leaders consider how best to combat the world’s most pressing health threats, they would do well to take their cues from PEPFAR — launched by President George W. Bush with exactly the sort of bipartisan support so urgently needed today. President Barack Obama’s request to Congress for more than $6 billion in emergency funding to combat Ebola is a big step in the right direction. But while money is necessary, it is not sufficient. At least as important is what we do with it, and PEPFAR has much to teach us.

For starters, PEPFAR has shown the value of an unswerving focus on outcomes, with funding dependent on quantifiable results: number of clinics built, people treated, transmissions prevented. The message has been loud and clear: Do not waste taxpayers’ money.

Also central to PEPFAR’s success is that we don’t parachute in, tell people what to do, then airlift out. Rather, we collaborate. We work in long-term partnerships with country governments, together determining how best to strengthen health systems to effectively deliver care, treatment and prevention services.

PEPFAR has dramatically increased the number of health care workers in Africa trained to care for AIDS patients, helping to address the need for skilled foot soldiers that has so hobbled efforts to contain Ebola.

Over time, countries benefiting from PEPFAR have emerged better equipped to address other infectious and long-term health issues, a fact that underscores the larger point: What’s needed now is a PEPFAR for African health at large, moving beyond the single-disease focus that is a hallmark of crisis management.

To be clear, this is not a call to decrease support for PEPFAR, which actually very much needs to be expanded, but rather to see PEPFAR as the prototype for a new, well-funded US global health initiative with the poorer countries of Africa.

Apart from Ebola, these regions face a panoply of other diseases and unmet basic health needs, including malaria, tuberculosis, and maternal and child health, which threaten political stability as well as human health.

Some may argue that this is not the time for an ambitious, expanded global health initiative, given the hardships faced by many in our own country. But this view ignores the bigger picture. Large as the costs of a comprehensive African health initiative would be, they pale in comparison to the costs of continuing with business as usual.

Until we shift our focus from triaging catastrophe to preventing future disasters, Africa’s poorest regions are all hot zones in waiting.

Richard G. Marlink is professor of the practice of public health at Harvard School of Public Health and executive director of Harvard’s AIDS Initiative. He is also senior advisor for Medical and Scientific Affairs at the Elizabeth Glaser Pediatric AIDS Foundation. marlink@hsph.harvard.edu