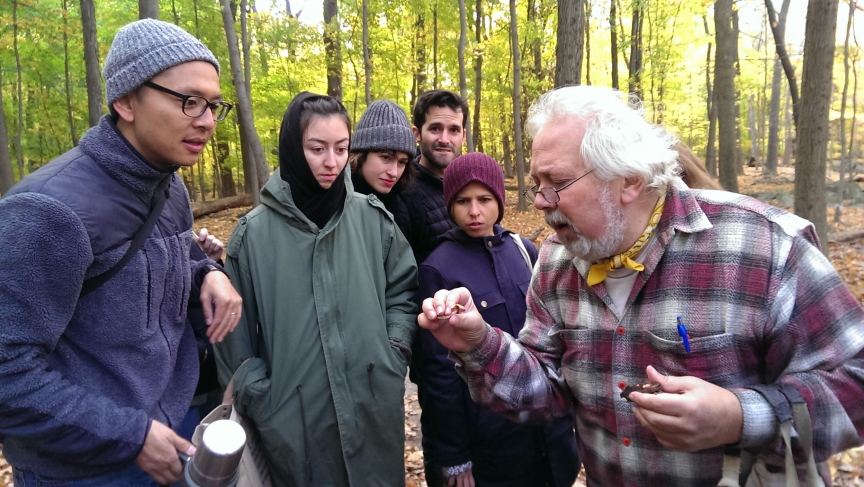 Paul Sadowski of the New York Mycological Society helps my fellow mushrooms hunters identify their finds in the woods of Piermont, N.Y.

I spent the autumns of my youth standing next to a mushroom and yelling “Mom.” Russians, like my family, love mushrooms. And in Massachusetts, where I grew up, they’re crazy about a particular red-capped bolete that grows in the sandy soil of Cape Cod.

“They grow everywhere, and Russians pick them also everywhere,” says my mom.

Even on other people’s lawns, when there’s a no trespassing sign?

“I trespass all the time,” she says, “if you call it trespassing.”

Right. Seriously, if you live on Cape Cod, check your window — there is probably a Russian woman rappelling onto your lawn with a bolo knife between her teeth. This is what mushroom picking does to otherwise normal people.

“It’s highly addictive,” says my mom. “If you start doing this and you learn the basics, you’re hooked.” 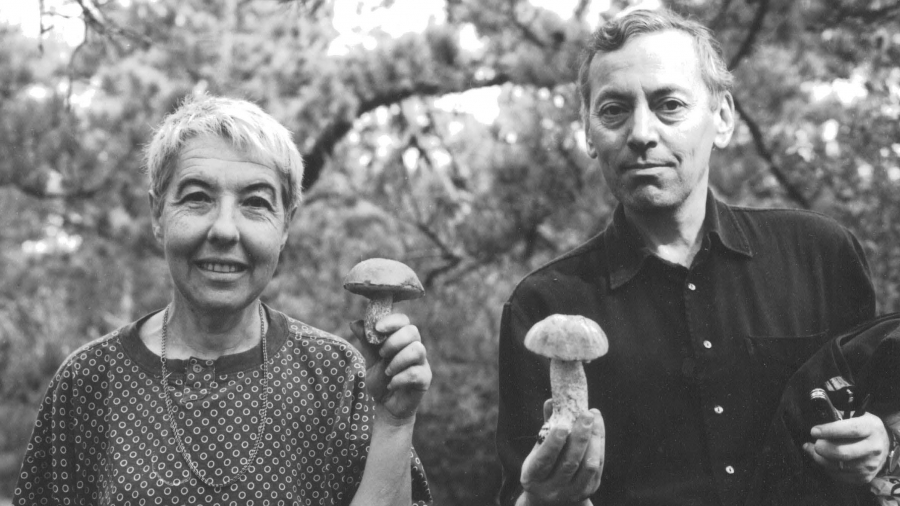 You start to see the world through fungus-colored glasses — glasses that transform highway rest areas and suburban soccer fields into, you know, mouthwatering places to find food. Sandy grit in your mushrooms? Bah, eat them anyway. Dog pee? It washes off.

“It’s this sudden discovery because you have to look for them. Very often they are covered by leaves and difficult to distinguish and so you have to uncover them. And every time you find something it’s like, 'Wow! Yeah! I got it.'"

Here’s the thing: someone has to eat all of these mushrooms. And when I was a kid, that someone was me. But one day when I was 9, faced with a winter’s worth of dinners decked with boletes marinated in vinegar, I rebelled. I stopped eating mushrooms.

My mom still doesn’t know why: “It’s a totally mystery to me. I’m still puzzled,” she says.

When my daughter was born, my parents hopped in the car and drove from Boston to New York. Flowers would have been nice. Instead I got a ten-pound jar of mushrooms. Marinated. In vinegar.

But in the past 10 years, mushroom-picking has gone from a hobby reserved mostly for people like my family to — everyone. The growth of the Locavore movement has done something I considered unthinkable — it’s made mushroom-picking cool, a shift that’s represented in the changing demographics of the New York Mycological Society, headed by Eugenia Bone, author of Mycophilia: Revelations from the Weird World of Mushrooms. 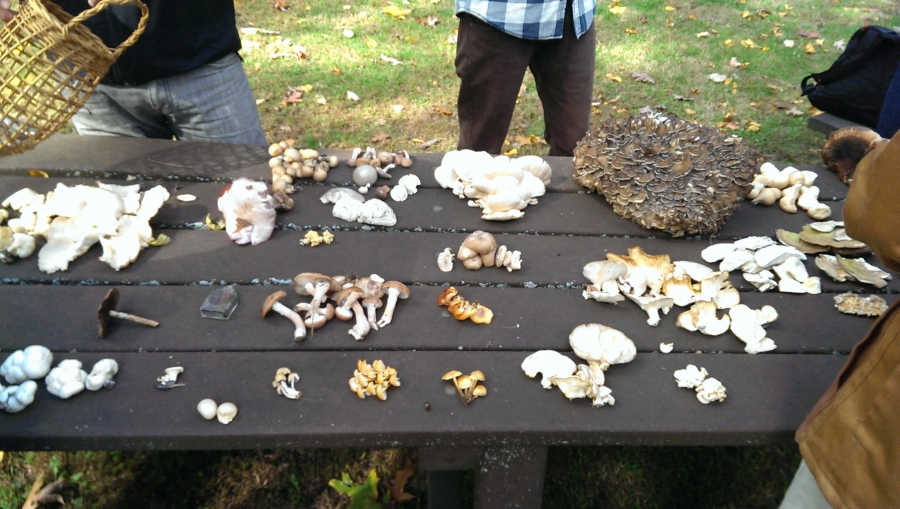 A sampling of some of the fungi we found on our mushroom hunt.

I decided to check it out for myself, which is how I found myself on a bus filled with mycophiles, on the way to Piermont, New York. It had been a long time since I picked mushrooms and I realized that I never really learned anything during those expeditions with my mom. She’d just hold up a mushroom and point to it — like the face in a most-wanted poster — and go: Find this.

But we all know that a lot of mushrooms are poisonous. So I asked Paul Sadowski, a 30-year veteran of the New York Mycological Society: what is the chance of death out there today?

He assured me that it’s very low.

“If you were to look at all the mushrooms, it would be something like a bell curve. The left side, let’s say the 'bad' side, you have a very small number of mushrooms — maybe 40-50 species — that are really going to do you harm. On the right side, the good side, you have maybe 50 species which are really good to eat. Everything in the middle is ‘meh’.”

When we got to Piermont, I paired off with two guys, both in their 20s — dreadlocked and tattooed.

Over the course of three hours, one of them ate an energy bar made out of crickets. The other said to me, “Mushrooms, man, they’re like the bridge between life and death.” I realized I was in way over my head. But none of us found any mushrooms — that are edible.

Once we got back to the parking lot, my mom called to see how it was going. I confessed I was a mushroom loser — her talent for foraging definitely hasn’t rubbed off on me. I hung up, looked down, and it’s like I was touched by some magical Russian fungus fairy. There it was — an enormous Hen-of-the-Woods, sprouting out of a tree stump right in front of me. About two pounds of mushrooms.

That night, my mom, who was visiting from out of town, pushed me out the kitchen. She and my dad spent a couple of hours cleaning, chopping and frying.  We all sat down to eat and, for the first time in more than 20 years, I ate my mom’s mushrooms; I guess, our mushrooms. And they were seriously not bad.

Then, in true Russian immigrant fashion, we got down to the main course: Indian takeout.