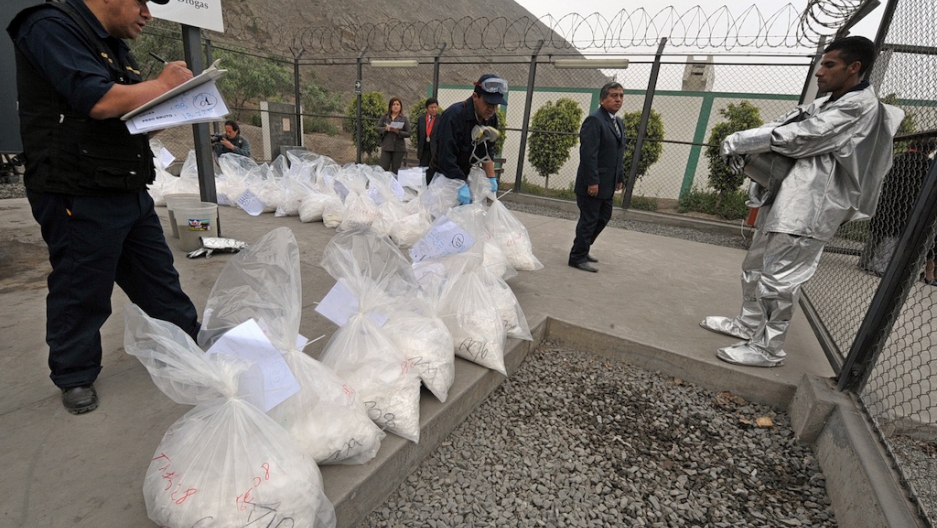 Founded 20 years ago, the nonprofit has long patrolled the corridors of power, holding discreet meetings with the world’s leaders. But many are now demanding a less diplomatic, more public strategy of naming and shaming crooked decision-makers.

An outspoken campaigner, Ugaz is uniquely qualified to take up that task. As a prosecutor, he played a pivotal role in taking down Alberto Fujimori, Peru’s president during the 1990s, who’s now serving a 25-year jail term for human rights abuses and stealing hundreds of millions of dollars.

Yet despite that landmark case, experts agree Peru is almost drowning in corruption today while also being the world’s top exporter of both cocaine and fake dollars.

Here, GlobalPost talks with Ugaz about the fight to end global graft.

GlobalPost: Why should we worry about corruption right now?

Jose Ugaz: Corruption is a problem that is not just moral. It has an economic impact that affects the most vulnerable. Today, there is no doubt that corruption deepens poverty. And where there is a lot of corruption, states fail.

It is not acceptable that a few decide to enrich themselves by taking money that belongs to society in general, especially in poor nations where there are many who still don’t get a good education, health care, housing, potable water and other basic necessities. However you look at it, corruption is a problem.

What’s the economic cost of corruption?

We are talking about huge numbers. One study by the World Bank talks about $1 trillion per year. Today, with the rise of organized crime, the technology of a globalized world, and new financial instruments, we are talking about “big corruption,” with powerful actors that have very significant economic resources and even private armies that can back governments against the wall.

Observers are saying your election marks a tougher approach for Transparency International. What do you want to achieve?

This organization does not depend on a single person. I’m one of 12 directors. My election reflects a desire for a new program. In its 20 years of existence, Transparency has been very skillful, smart and effective in having an impact in the forums where global decisions are taken, the G20, the UN, the OECD and the World Bank. But that is not enough because despite all our success, corruption is worse now.

The new strategy says that many see us just as an advocacy organization, or a think tank, but now we are going to become a grassroots organization. I think we need to be attractive to young people, to make them want to join the organization. Impunity is an issue we want to work on. That is why we launched our campaign, Unmask the Corrupt, where we are demanding that offshore companies register who their ultimate beneficiaries are, because tax havens are where the proceeds of corruption are laundered.

"We are going to ... identify those involved in acts of corruption, and abandon the diplomatic approach a little bit."

We are also demanding that visas are denied to corrupt people from [developing] nations so that they can’t enter [developed] countries, including with their money. So, without stopping what we have already been doing well, we are going to talk with a stronger voice to identify those involved in acts of corruption, and abandon the diplomatic approach a little bit.

In countries with endemic corruption, like Peru, people often say, ‘It’s just the way we are. We’ll always be corrupt.’ What’s your message to them?

There is this idea that we are culturally conditioned, that there are cultures that are prone to corruption; in our case, for being “criollo” [descended from the Spanish] or Andean, we are more corrupt than Nordic peoples, for example. That is absolutely not the case. The tendency to seek unmerited benefits is human.

If we look at Peru, there are historical reasons: for example, the pattern of colonization was based on patronage. On the other hand, we have had a ruling class that has abused its position. And there have been inadequate structures [of checks and balances], which have provided opportunities for corruption. This can be corrected.

The problem is that we are not just talking about the ruling classes. The population in general has become resigned to living with corruption. In fact, it’s worse; they have decided to join in. When the most humble citizen sees authorities who rob, they ask ‘Why shouldn’t I?’ Corruption is seen as a mechanism of social ascent.

The challenge is greater here than in other parts of the world because first we need to make all Peruvians understand how corruption affects them every day, especially the poorest. And once we have achieved that, we need to move to a culture of legality, to understand that following the rules benefits us all, instead of continually trying to skirt the law. And the ruling classes have to take responsibility, that is to say, reduce arbitrariness in the exercise of public functions, and punish those who commit acts of corruption.

How quickly can a society with widespread corruption clean itself up?

There are cases where the changes can be seen almost immediately. One is Hong Kong, when it created its independent anti-corruption commission. They put the police chief in jail straight away, with the theory that catching a big fish would show that impunity was no longer the rule. And the indices of corruption, which were very high, came down significantly.

In Botswana, a new government took a series of measures and curbed corruption notably. In Bolivia, a new municipal government in [the capital of] La Paz adopted a series of anti-corruption measures and managed to significantly eradicate corruption. So there are examples that show it can be done in the short term. But to really transform a society you need reforms that are sustained over the long haul.

What more could the US government do to fight global corruption?

As a global leader, the United States has a great influence in various international forums, and should play a fundamental role. Unfortunately, we have seen that sometimes economic interests take priority. I find it very telling that President Obama gave a strong speech against corruption, and then a few weeks later received President [Teodoro] Obiang, of Equatorial Guinea, and called him a “good friend of the US,” when the whole world knows he is an example of high-level corruption.

This double discourse confuses because we see that even the countries that lead on this front don’t have clear policies. It is indispensable that those governments that lead in the international community align their policies, of not tolerating corruption, and sanction those who are robbing from their own people.

What should US companies do to stop corruption?

The biggest corporations, especially the ones that are listed on stock exchanges, have a major responsibility. We published this report on corporate reporting today; the world’s 124 largest publicly traded companies were evaluated for their standards of transparency. Of them, 101 have a rating below half [scored less than five out of 10, with 10 being the most transparent].

We’ve measured how many have anti-corruption policies, how many have an organization that favors transparency, and how many, particularly the transnationals, publish reports country by country where they operate. The overwhelming majority doesn’t meet these standards so there is a challenge here for the private sector.

These are companies that, because of their size and influence, have the power to demand their suppliers and other partners maintain certain standards of anti-corruption. They could thus help generate an environment of integrity in which to conduct their business.