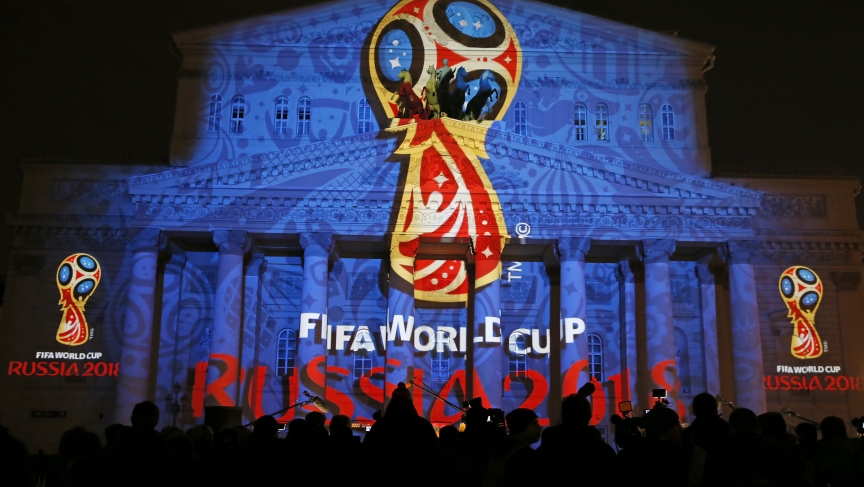 Journalists look at a light installation showing the official logotype of the 2018 FIFA World Cup during its unveiling ceremony at the Bolshoi Theater building in Moscow, October 28, 2014.

It’s looking more like an own-goal than a victory.

But the report looking into allegations of corruption during the bidding process for the 2018 and 2022 World Cups has been questioned — by the man who investigated the claims of wrongdoing himself.

In what appears to be an open act of defiance, Garcia criticized ethics judge Joachim Eckert's 42-page report clearing the 2018 and 2022 World Cup hosts.

"Essentially [Russia and Qatar] were accused of trading cash for votes,” explains The World’s soccer correspondent William Troop. "[They were accused of] giving cash directly to members of FIFA’s executive committee so that they would vote in favor of them holding the World Cup. This would be to the detriment of other countries like England, Australia, the Netherlands, Belgium and even the United States.”

The dispute between Garcia and Eckert further fueled the turmoil surrounding FIFA's decision to give the next two World Cups to Russia and Qatar.

When the report was released, soccer fans, players and sportswriters took to social media to express frustration over the report's conclusions.

Not a great day for FIFA. They will deny this & organise their own report which will tell us it's been a great day, whatever the report says

Oh dear Fifa. Your own investigator believes you've misrepresented his investigation. Good luck with that "closure" you're looking for

We now know, after all the stories at the time, Fifa was corrupt at the highest level in 2010. That's why World Cup bids should be re-run.

Michael Garcia said in a statement released by his law firm that "I intend to appeal this decision to the FIFA Appeal Committee." And he's called for key details of his 430 pages of investigation to be published. But Troop says that it’s unlikely FIFA can be forced to release the investigation details.

“Unfortunately, FIFA is a private organization, based in Switzerland — a country that is not known for forcing companies based there to release information,” he adds.

The probe into FIFA's executive committee was said to be hampered by a lack of access to evidence and uncooperative witnesses.