Afghanistan is the most dangerous place in the world to be born, according to a study by UNICEF. The country suffers from some of the highest infant mortality rates in the world and many areas lack clean water.

And if you’re born a girl, it can be even more difficult. Strict cultural and religious norms means most girls have little chance for higher education and little opportunity to achieve beyond the home. So what some parents have been doing to deal with this is to raise their daughters as sons, at least until puberty

It’s a practice known as “bacha posh” and it’s been documented in the new book, The Underground Girls of Kabul: In Search of a Hidden Resistance in Afghanistan. It’s written by journalist Jenny Nordberg, who spent years cultivating relationships in Afghanistan to learn more about the practice and to meet the families who live it.

Norberg says the reason families opt to raise their daughters as sons varies.

“Every family has a different reason usually for turning a daughter into a son, but what they all have in common is this desperate, desperate need for a son in the family, and again, a made up one might be better than nothing," she says.

Nordberg continues, "It can be purely about survival, where the family needs someone to work as a shopkeeper, for instance, or a shop assistant, and bring an income to the family. But it's also something that can be done to afford the child an education, if you live in an insecure area where the road to school is difficult to travel and it might be safer to walk in the disguise of a boy or to travel there. In that sense, it might be giving the child an opportunity of a lifetime.”

Mehran, a bacha posh featured in the book poses with her sisters

One story she unearthed with that of a woman named Azita, who rose from Badghis Province in rural Afghanistan to become one of Afghanistan’s few female parliamentarians. Azita was not only raised bacha posh, but also decided to do the same for her youngest daughter, Mehran. Nordberg said not having a daughter actually became a political liability for Azita.

“One should know that it is incumbent upon every woman in Afghanistan to have a son, because it's a patriarchal society. Without one, you're not only seen as weak but you are, in fact, weak as a family,” she says.

When asked how widespread a practice this is in Afghanistan, Nordberg said, "you can describe this almost as a shared deceit in Afghan society. It's a don't ask, don't tell. Everyone knows that this is going on, but you don't get involved in other family's business. It's a closed society in that sense." 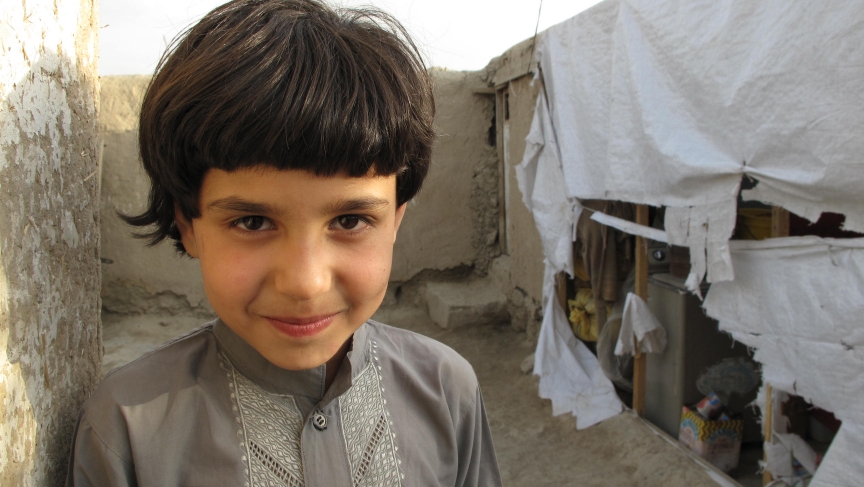 Niima attends school for two hours each morning in a dress and a headscarf. Then she returns to the house and changes into work clothes to become “Abdul,” and goes to work as a shop assistant in a small grocery store near the family’s house. On an average day, she brings home the equivalent of $1.30. It supports her Pashtun family of eight sisters and her mother.

After deciding to raise their son as a daughter, the family now has another big decision to make:  What to do when the child hits puberty? Nordberg says the earlier the a child reverts back to being a girl, the easier it tends to be for them, though she has met some bacha posh who resisted the change even into their teenage years, not wanting to lose the freedom they had being a male in Afghanistan.

"Some girls try and resist and simply refuse going back to being a girl. One girl who I followed for several years is named Zahra and she told me when I met her, I think even the first time, she said, 'I see how women are treated here. Why would I want to be one of them?'"

Nordberg says the practice is emblematic of a larger thirst in Afghanistan society for more freedom. "It's certainly a tragic story in many ways but it also has an element of resistance to it when you try and find a creative way to buck the system essentially," she says.