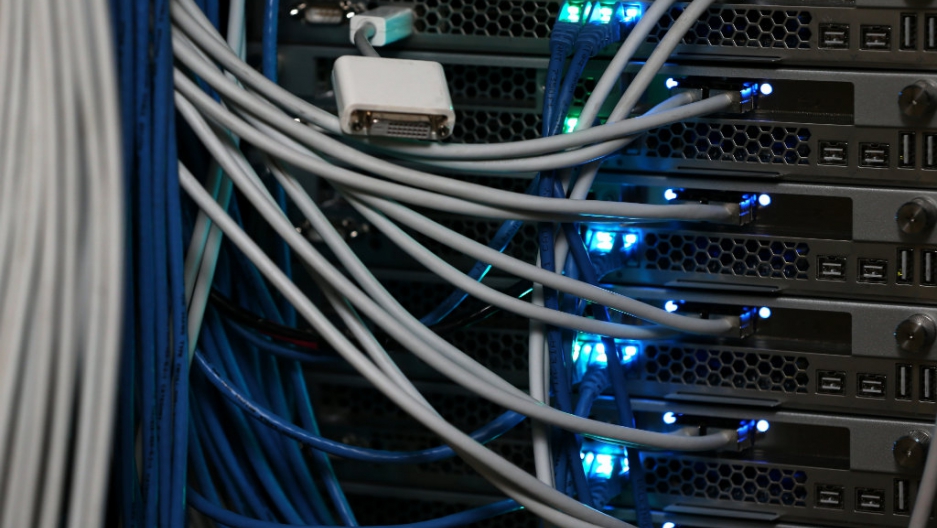 Network cables are plugged in a server room on Nov. 10, 2014 in New York City. US President Barack Obama called on the Federal Communications Commission to implement a strict policy of net neutrality and to oppose content providers in restricting bandwidth to customers.
Credit: Michael Bocchieri
Share

In a move that pleasantly surprised many free speech and open internet advocates Monday, Barack Obama announced his support for the concept of net neutrality — the idea that all content on the internet is equal, and that internet service providers (ISPs) should be kept from elevating certain content for a premium price.

The United Nations considers access to the free and open web a human right, and the American government’s lack of support in recent years has resulted in the US slipping in global freedom rankings, such as in the annual Freedom on the Net report [PDF].

But now it looks as if the president is ready to do battle with the cable giants over a looming decision by independent agency the Federal Communications Commission (FCC), and bring the US in line with human rights treaties and international standards.

The president has asked the FCC to legally force the cable companies and internet service providers to categorize the internet as a utility. Corporations would have to regulate access to the internet like phone service or power. As it stands, ISPs like Comcast and Verizon can (and do) charge content providers exorbitant amounts of money for faster connection speeds, and they can decide the speed of the flow of information in the US, a system that free speech advocates consider unfair and unjust.

“I think it was bold and courageous and, in some ways, just obvious,” Columbia University professor Tim Wu, who coined the term “net neutrality,” said of the announcement. “But sometimes, it takes someone who's not deeply embedded in the game to say this is the obvious thing to do.”

After a Republican landslide in the recent midterm elections, some see this as a way for Obama to win back the electorate. After all, nearly 4 million comments were lodged with the FCC after the agency asked the public to contribute their thoughts on net neutrality this summer. The comments were overwhelmingly in favor of more government regulation.

Republicans, especially ones like Tea Party darling Ted Cruz, whose campaigns were funded by cable companies, have already come out against the president, and will likely attempt to sway the FCC. But Obama’s support is meaningful, and he has given political cover to the commission. They can “do the right thing,” Marvin Ammori, an advisor to start-ups in Silicon Valley, told USA Today.

In this case, government regulation of the internet would be a positive move.

“President Obama is a free speech champion,” ACLU director Laura Murphy said in a statement. “He deserves an enormous amount of credit for unequivocally calling on the FCC to adopt rules that will finally allow the agency to protect the free and open internet.”

But the cheers might come too soon. White House support for net neutrality is just one small step. Yes, Obama has rallied internet advocates and free market capitalists alike with this announcement. But the internet is not just American; it’s a global tool for communication, organizing, business and information exchange.

“The US government, the most powerful Western democracy in the world, has been trying to manipulate and control the web. It makes other governments feel like maybe it’s okay to do this sort of thing. If the Americans don’t make a fuss about it, why should anyone else? That erodes the sense of democracy,” cybersecurity expert Karen Elazari said in a recent interview. “It’s almost feudal. There is a small group of landowners, and we live on their land.”

The argument in favor of net neutrality is almost a decade old — in fact, much of the free world has already moved past it. Chile, Germany, Iceland, and others have already written and passed net neutrality legislation. The United Nations, ICANN, the European Commission and other international bodies are already discussing how to preserve the open internet on a global scale, not just within borders of individual countries.

Comcast, Verizon and the others will hit back soon. Verizon has already threatened the government with another lawsuit (they won against the FCC in January), and lobbying groups have come out swinging in a wild defense of the tiered system idea. If it succeeds, it could have global ramifications on free speech.

“In less democratic countries, where most online content providers are state-owned and censored, authorities would have the perfect excuse to begin giving faster lanes of access to pro-government outlets, skewing the ability of democratic opposition to get their message across,” Sanja Kelly, project director for Freedom on the Net, said in May.

By strapping an unjust legal and corporate framework onto the internet in the way proposed by the ISPs, the darker parts of the world will not be able to take cues from the US on how to run an open society. Everyone’s right to free speech and free markets will continue to be eroded.

Internet freedom researcher Cyrus Rassool wrote in August, "As the birthplace of the internet, the United States has a special duty to preserve equal access. If the proposed plan goes forward, it could harm the quality of internet service, freedom of expression, and the entrepreneurial spirit of the technology industry.”