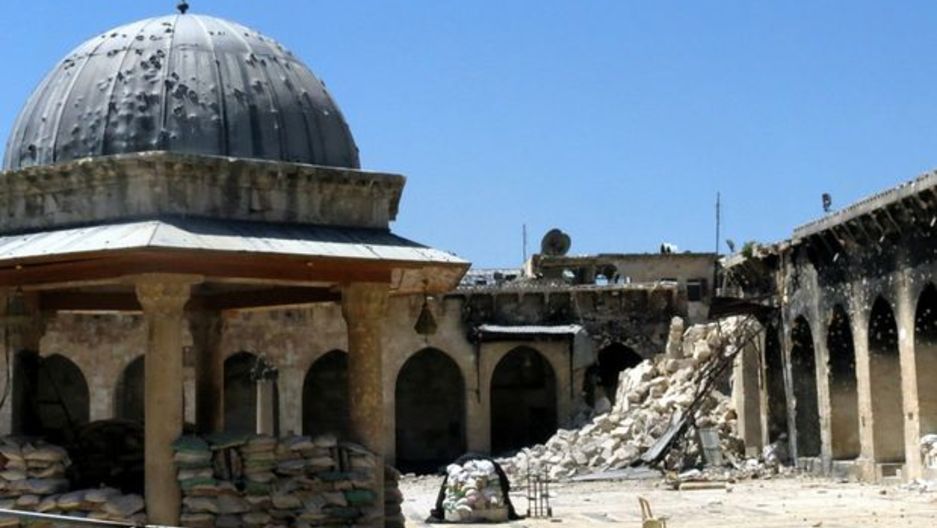 The militants of ISIS who stormed across Syria and Iraq this year didn't simply destroy lives: They’ve also destroyed ancient sites in a region known as the "cradle of civilization," doing grevious damage to the shared cultural history of the West and the Islamic world.

“[ISIS] is not only decapitating individuals, they’re trying to decapitate civilizations,” says Richard Stengel, the Under Secretary of State for Public Diplomacy and Public Affairs. “They are purposely destroying monuments and relics, and trying to destroy some of the important symbolism of Islamic unity going all the way back to the 7th and 8th century.”

That's particularly useful for ISIS, which views Shiite Muslims as heretics and enforces a harsh, exclusionary version of Sunni Islam. The group has used video of its vandalism as part of its broader propaganda campaign. “It’s something that they’re very proud of,” Stengel says. “They are promoting it, just like they’re promoting the wanton violence that we’re seeing.”

And ISIS isn’t only targeting sites important to rival strands of Islam. In July, they destroyed the shrine of the prophet Jonah, who is important to all three of the Abrahamic religions — Judaism, Christianity and Islam. “Those three religions revere some of the same figures, some of the same relics,” Stengel says. “It is a destruction of a cultural memory that we should be trying to [preserve].”

The militants also profit from the sale of antiquities on the black market. “[ISIS] does a lot of trafficking in this stuff,” Stengel says. “They find middlemen to sell them and [the money] becomes part of [ISIS’] financial lifeline.” The State Department has issued a publication called the Red List of Syrian Cultural Objects at Risk to help customs officials know what to look for.

US-led airstrikes have slowed ISIS’ military gains, but the group’s propaganda campaign is often beyond the reach of bombs. “There are people out of the line of fire who are working the digital space,” Stengel says, including in the West. And as long as that’s true, historical and cultural sites remain at risk; with just a quick action or raid, ISIS can still spread news of the destruction around the world.

There are some efforts to save the sites, including the State Department’s Cultural Heritage Center, which Stengel describes as “modern-day Monuments Men and Women." The group has been dealing with cultural destruction and talking to governments about trying to prevent it for decades — even going so far as to restore damaged objects and return them to the host government.

Stengel says they are already involved in Iraq and Syria. "We will be doing this after the kinetic part of the battle ends," he says, "and we’re doing it right now as it’s going on."