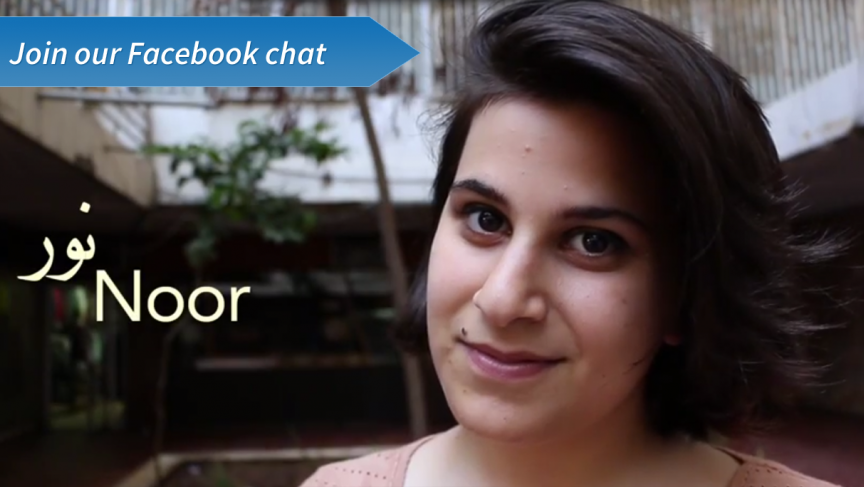 Lebanon is grappling with a variety of political and economic difficulties right now. But kids don't necessarily take the situation they're born into for granted.

This week, reporter Ari Daniel brings us the "Young Lebanon" series, introducing you to five young people coming of age in Beirut. If you've missed the series so far, you can catch up with Part I here and Part II here.

The third story in the series profiles two friends — a Druze and a Sunni — trying to buck the sectarian trend in Lebanon. One of the two, Noor, will join us on Facebook for a Q&A beginning at 2:30 p.m. ET.

Noor will answer your questions about her friendship with Ryan, her involvement in Youth United Lebanon, and how young Lebanese like herself are working to bridge established divides.

If you're interested in youth perspectives on important issues confrontling our global society, join our SafeMode community on Facebook.