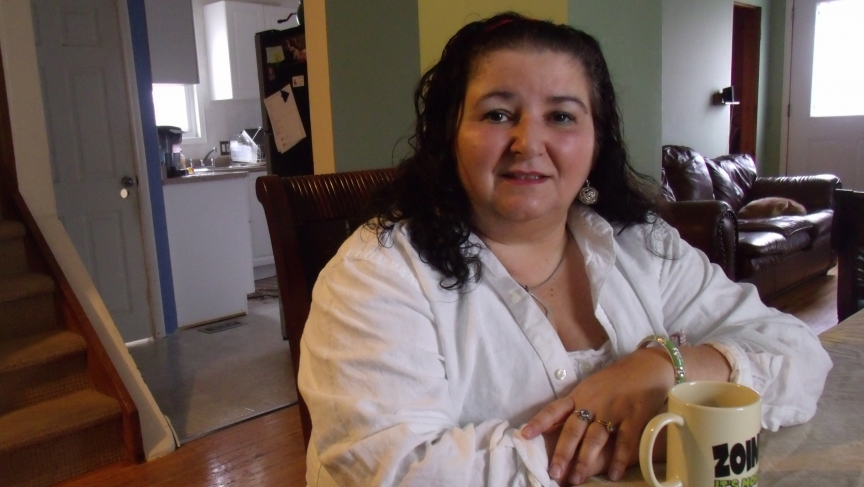 Susan Sorrenti, an ICU nurse at Mount Sinai Hospital in Toronto, nearly died from SARS back in 2003. She says she feels empathy for the nurses in Texas who contracted Ebola from treating a sick patient.

Ebola has dominated headlines for the past few weeks, as government officials and health care workers struggled to cope with the handful of cases identified here in the United States.

While the panic seems to be subsiding, there have been fierce debates over who should be quarantined and how to protect medical workers who treat gravely ill Ebola patients.

Canada's faced similar questions back in 2003 when cases of Sudden Acute Respiratory Syndrome or SARS began to spread in the city of Toronto. Before the epidemic was contained, nearly 400 people became sick, and 44 Canadians died.

When I went to Toronto 11 years ago to cover the SARS epidemic, I found people there baffled and terrified by the new disease. Thousands of people were already under quarantine.  And much like the Ebola crisis, many of the people who got sick from SARS were doctors and nurses. Hospitals were even being closed. 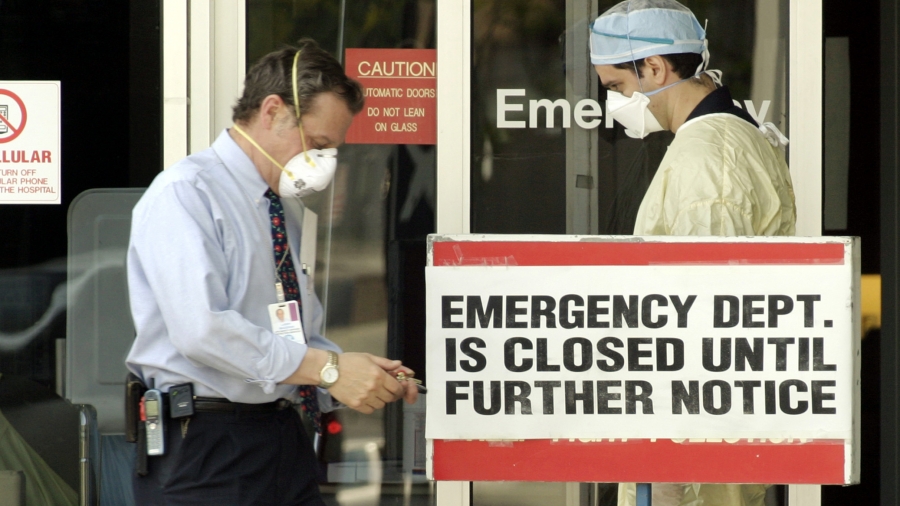 Back in 2003, a deadly outbreak of SARS forced some hospitals in Toronto to close emergency facilities.

At the time, I spoke with Dr. Rex Verschuren at Lapsley Family Doctors Clinic, where three of four physicians were in quarantine.

“There are people who are quarantined and not allowed to go to work,” Dr. Verschuren told me in 2003. “You've got surgeons who have hospital closures so they can't do surgery, nurses who get sick. It's devastating lots of people.”

A few months after I spoke with Dr. Verschuren, one of the other doctors at his clinic died from SARS.

When I returned to Toronto last month to see what lessons were learned from the SARS outbreak, Dr. Verschuren declined to speak with me. But I did meet a nurse who was also on the SARS frontlines. Susan Sorrenti is an emergency room and ICU nurse at Mount Sinai hospital. Sitting over a cup of coffee, she told me that it has been hard for her to watch the news stories about healthcare workers in the US getting infected with Ebola, especially the two nurses at Texas Presbyterian Hospital who contracted Ebola after caring for a sick patient from Liberia.

“As far as Dallas is concerned, I empathize with nurses who went through that whole fiasco,” says Sorrenti. “If I was a nurse working in that environment, I would have wanted to know, why aren't we protecting ourselves?

Both of the nurses from Texax Presbyterian recovered (although the patient from Liberia died from the disease) and the hospital has since apologized for “mistakes” made in responding to Ebola.

For Sorrenti, this all feels personal. When SARS struck her hospital in 2003, she says nurses lacked basic equipment and training. They got instructions for dealing with the disease via a fax machine.

She recalls the day when the first SARS patient arrived by ambulance at her hospital. She said ambulance crews were wearing full isolation gear.

"So here we were with our mask, gown and gloves and these guys were covered head to toe," she says. "That made the hair stand up on your neck, because [you wonder] are we really prepared for what this is going to be?"

In the end, five front-line medical workers in Canada died; and Sorrenti was nearly the sixth.

“I had severe vomiting, diarrhea ... from the anti-virals. I had symptoms like that for a full week. They could not bring my fever down," she recalls.

Roughly half the people who contracted SARS in Toronto were medical workers. According to Andy Summers, a nurse and member of the board of the Ontario Nurses Association, it shocked people in Canada that their public health system — often described as one of the best in the world — couldn’t cope with SARS.

“I don't think we'd really thought that something like this could have happened, not here in this advanced medical world that we were living in,” says Summers. “Lots of nurses were scared.”

Summers says one of the biggest lessons that should have been learned from SARS is that healthcare workers have to be protected, which means having stringent safety protocols in place before patients start arriving in emergency rooms.

It also means buying the best safety suits and goggles and providing rigorous training so that doctors and nurses know how to use that gear while dealing with extremely sick patients.

“We do not want to be part of this problem. With SARS, we found out that we were part of the problem,” Summers says. “We were not safe, we got infected.”

Summers says progress has been made in Canada since 2003. New guidelines implemented after the SARS outbreak require that hospitals follow stricter quarantine procedures when dealing with some diseases.

But Summers says most hospitals there still don’t have the right training and equipment to deal with extremely high-risk pathogens.

"We are not ready. We are not prepared," he says.

A worst-case scenario would be for hospitals to be seen by the public as dangerous places, he says, which is what happened back in 2003 with SARS.

“I think we lost control of it in Canada. We should learn from that moment and be prepared,” he adds.

So far, more than 300 healthcare workers have died from this Ebola outbreak, according to the World Health Organization, the vast majority of them in West Africa. One part of Canada’s response has been to announce it would stop issuing travel and residency visas to people in those West African countries hit by the disease, a move criticized by the WHO.

When I asked Sorrenti, the nurse who nearly died from SARS, what advice she has for nurses and doctors here who find themselves on the front lines during disease outbreaks, she paused. “Follow your instincts," she says. "If you don’t feel that you are given enough equipment, find a way. Protect yourself.”