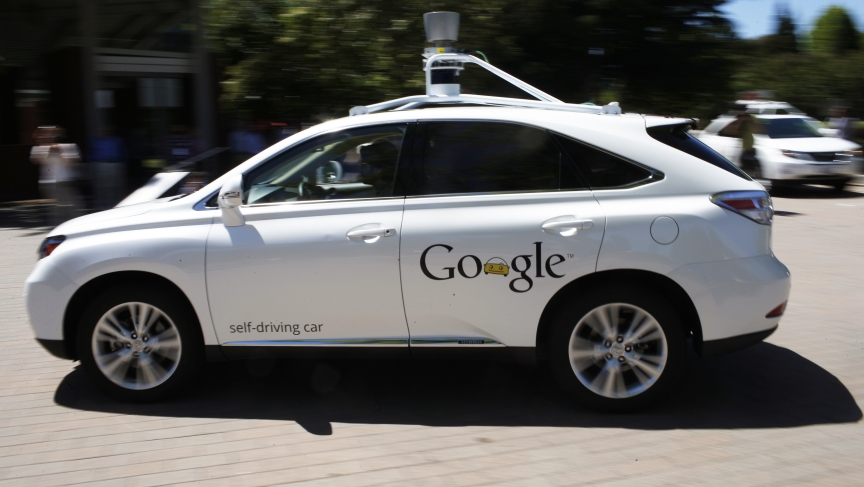 A Google self-driving vehicle drives around the parking lot at the Computer History Museum after a presentation in Mountain View, California May 13, 2014.

Automation has moved beyond factories and is now changing many professions — and influencing our daily lives. Google returns search information in milliseconds, planes often operate on autopilot and pretty soon we might even have cars that drive us around.

There’s no question that computers save us time, but people might be sacrificing a vital piece of themselves for the convenience. “People very quickly become too dependent on the automated system,” says Nicholas Carr, author of The Glass Cage: Automation and Us. “You begin to see an erosion of your own skills and that makes you even more dependent on the system.”

Machines have made our modern world possible — we don’t need to stay home to make our own clothes or grow our own food. Instead, men and women are freed up to be inventors, architects, doctors, lawyers, teachers or anything else they want.

However, Carr argues that as professional jobs grow increasingly automated, “more and more, we’re all kind of turning into variations on computer operators.” He uses pilots as a prime example of what can happen when a professional role is transformed into that of a button pusher.

“They fall victim to what researchers term ‘automation complacency.’ They’re not practicing their skills, they’re not called upon to engage with their surroundings, and they begin to tune out. And that can create a dangerous system if the autopilot fails, as it sometimes does,” Carr explains.

While Carr agrees that software and games can help people develop and build on their skills, he cautions that “it’s very easy to start to do more and more things through screens and to not engage with the world in a rich, focused, attentive way.