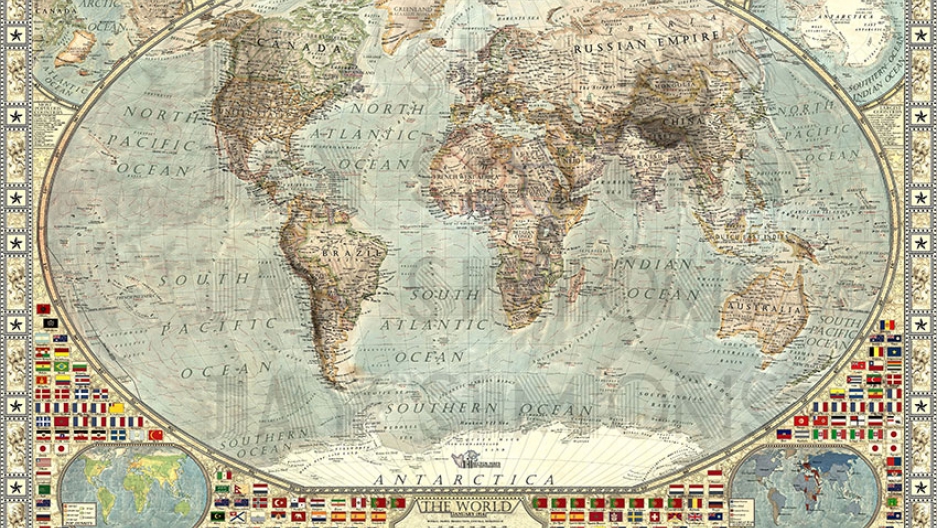 Editor’s note: This analysis is part of a Special Report called “The Eleventh Hour: Unlearned lessons of World War I” launching in full this week, nearly a century after the Armistice Day of Nov. 11, 1918 that ended the war.

ST ANDREWS, Scotland – In this town known primarily for golf and Scotland’s first university, there is a war memorial by the ruins of an ancient cathedral overlooking the North Sea.

It lists the dead of World Wars I and II, and as it is on so many memorials in Britain and throughout Western Europe, the numbers killed in WWI exceed the WWII dead by a factor of almost two to one. There are similar memorials in towns and cities across Western Europe that tell a similar story, for the world had never seen such a battlefield bloodletting as what took place on the Western Front between 1914 and 1918.

These numbers partially explain why WWI, the “Great War” that began 100 years ago this year, lives so vividly in the minds and imaginations of Europeans, while in the United States it is less remembered. In the US it is the Civil War and WWII that continue to inspire an endless stream of books and films, while that earlier 20th century conflict, although not forgotten, takes up a decidedly lesser place in our national psyche.

For the United States, WWII meant the arrival of the United States as “superpower,” dwarfing all other countries in military and industrial power. We emerged from WWI close to that status, but then America turned inward and isolationist.

We weren’t interested in world leadership, as America’s refusal to join President Wilson’s League of Nations illustrates. It wasn’t until Franklin Roosevelt met with Britain’s Winston Churchill aboard a warship off the coast of Newfoundland in 1941 that, as one of the president’s sons put it, one could feel the mantle of world leadership being transferred from the old world to the new.

Secondly, America lost more than 300,000 people in three years and eight months of war of WWII, while in WWI it lost only slightly more than 116,000 in a war that, for the US, lasted scarcely more than two years.

In Europe, the Great War lasted four years with casualty figures in the millions. France lost more than a million dead, British and Empire forces 900,000, while Germany and Austria lost close to 3 million men. Russia alone lost 1.7 million people. America’s participation in the Great War may have been decisive, but the war was not as long or as traumatizing as it was in Europe.

Perhaps equally important, WWII is looked back upon as a just war, a war of heroism and sacrifice against unspeakably evil foes, while WWI ended with the disillusionment of the “Lost Generation,” as Gertrude Stein termed it.

Americans flock to read and watch the endless parade of WWII films, perhaps because all our subsequent wars as the world’s policeman have not ended so well or so decisively. Korea was a draw. We lost Vietnam. The first Gulf War ended problematically, the second disastrously, and Afghanistan drags on with no prospect of the kind of victory and unconditional surrender that WWII brought forth.

For Germany and especially for Russia, the relative historical impact of the two world wars is, perhaps, closer to America’s. The “Great Patriotic War” for the former Soviet Union was an even more titanic struggle, and for Germans the Hitler years were an unsurpassed trauma. Britons, too, have nostalgia for “the few” who stood alone against Hitler before America joined the war.

Any gray areas there in the US’ World War II history have largely been erased in memory by a narrative bathed in stark blacks and whites, good versus evil. WWII saw a unity, cohesion, and sense of purpose in the United States that has not been seen before or since.

It is not so in Europe. WWI came as a massive shock to the whole edifice of European culture and politics that profoundly affected the continent because it was such a complete break from the past.

In Europe the Russian Empire, the Austro-Hungarian Empire, the Ottoman Empire, all of which had dominated Europe and the Near East for centuries, were swept away. In the heart of Europe many new countries were born and midwifed by the catastrophe of WWI that had either never existed before or were reborn again from earlier times. The same is true of the Middle East, much of which was divided up between the British and the French.

In Europe, the entire concept of civilization and progress on which Europe had set such store seemed to crumble with WWI. The concept of heroism in battle — later resurrected in WWII — was completely submerged by the useless slaughter of trench warfare, leading the British poet Wilfred Owen to write after a gas attack on the Western Front:

“If you could hear, at every jolt, the blood/Come gargling from the froth of corrupted lungs/Obscene as cancer, bitter as the cud/Of vile, incurable sores on innocent tongues/My friend, you could not tell with such high zest/ To children ardent for some desperate glory/The old lie: Dulce et decorum est/Pro patria mori.”

The Latin, which so many Europeans knew then, translates a line from Horace: “Sweet and fitting it is to die for one’s country.”

Owen was killed in 1918. His parents got the news on Nov. 11, the day the armistice was declared.

After WWI no longer could anyone assume the ever-upward progress of European civilization and enlightenment. The continent as a whole began to slide down the scale of importance, culminating in Europe’s second self-destruction in WWII, the end of Western European overseas empires, and the continent’s seemingly irreversible decline on the world’s stage.

The years 1914-1918 can be said to have been the last years when Europe sat at the head of the table.