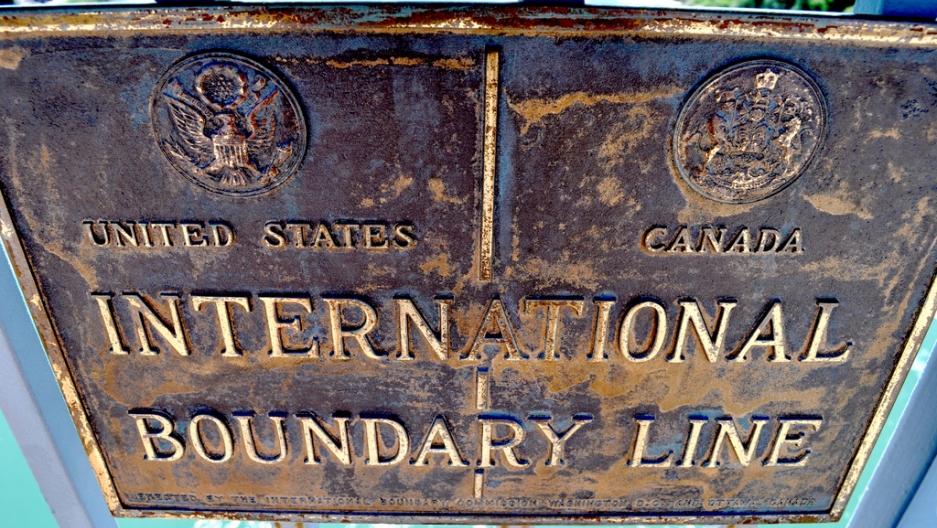 A sign marking the border between the United States and Canada at Niagara Falls.

Abortion clinics in Maine are reporting an increase in the number of women traveling from Canada to terminate pregnancies.

New Brunswick, the Canadian province that borders Maine to the east, recently closed its only private abortion clinic. The Morgentaler Clinic in Fredericton was forced to shut down in July because of funding problems.

Abortions are legal in Canada and, according to the New Brunswick Medical Services Payment Act, paid for by the state, in certain circumstances. Two physicians have to say the abortion is medically necessary, and it has to be performed by one of two approved hospitals.

Many women face problems finding a supportive family doctor — let alone two — for the time-sensitive procedure, so many abortions in New Brunswick happened at The Morgentaler Clinic. Physicians there performed about 600 abortions a year, or 60 percent of all pregnancy terminations in the province.

Now that the clinic has closed, some women are going across the border. “We have seen a significant increase in the number of women from New Brunswick in our clinics," says Ruth Lockhart, the co-founder of the Mabel Wadsworth Women's Health Center in Bangor, Maine. "We only do abortions once a week, but at our last clinic, half of the clients were from New Brunswick,”

But women who come the US for abortions face obstacles as well. For one, they need a valid passport. And Rachel Cave, a reporter from CBC New Brunswick who traveled to Maine to report on the story, points out that "you're looking at a 10-hour round trip, and [you're] probably not doing that in a day. So now you're looking at hotel costs."

So while Lockhart and other abortion providers who spoke to Cave say they're happy to fill the gap, they're also concerned: "So far, and we're new into this piece of it, it's the women with resources who are able to make it here. So my concern is always the women without resources who don't come, who aren't able to come," Lockhart says.

The providers told Cave they'll offer financial assistance for any New Brunswick women who can't afford the $500 fee, either by dipping into their national funding network or through local donations.

And back in New Brunswick, the newly elected Premier, Brian Gallant, has promised a review of what he considers unconstitutional restrictions on access to abortions in his province.