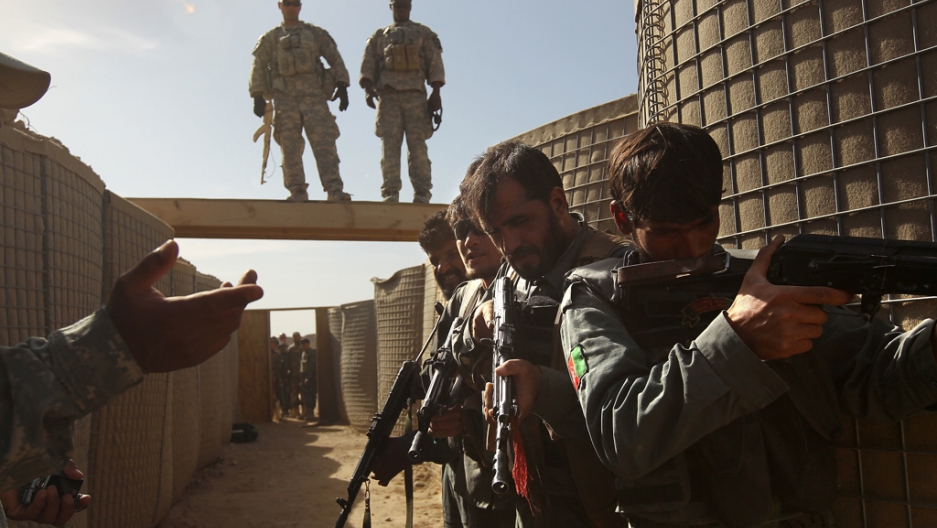 Editor's note: This story was published by The Center for Public Integrity, a nonprofit, nonpartisan investigative news organization in Washington, DC.

A month before US Marines and British military forces began their current withdrawal from Afghanistan’s Helmand province, the NATO-led International Security Assistance Force (ISAF) in Afghanistan abruptly classified its assessment of the fighting abilities of the Afghan army and police forces, which the US has spent an estimated $61.5 billion to build up.

Portions of these assessments have been released to the public the past nine years. But on Oct. 3, ISAF’s Joint Command told independent federal auditors of the reconstruction effort by email that the latest ratings now are classified in their entirety.

ISAF’s Joint Command decided that sections of the reports that discuss the capabilities of the Afghan army or police force should be classified at the “Restricted” level, while an overall tally of the number of units deemed capable of meeting leadership, combat, training, and other requirements was given the higher classification of “SECRET,” according to an email from the command obtained by CPI.

ISAF’s press office in Kabul did not respond to requests for an explanation.

The change was flagged by Special Inspector General for Afghanistan Reconstruction John Sopko in his Oct. 2014 quarterly report, released at the end of last month. The classification “deprives the American people of an essential tool to measure the success or failure of the single most costly feature of the Afghanistan reconstruction effort,” Sopko wrote, adding that the decision was — to him — “inexplicable.”

ISAF’s assessments of the Afghan security forces already had become less detailed during this year, grading entire brigades at once rather than each composite unit.

Those monthly assessments, published on a quarterly basis in SIGAR’s reports, found improvements in the readiness of the Afghan army brigades but growing gaps in Afghan police units’ proficiency.

Most Afghan army brigades reviewed were rated as meeting requirements in five out of the six categories of assessment — leadership, sustainment, training, command and control, and joint operations. Many were plagued by high rates of attrition, but improved over the year. In the beginning of 2014, three-quarters of all army brigades had monthly attrition rates of 3 percent or more, but by July 2014 less than half of them did.

The specific attrition rates per brigade and the number of personnel in each brigade were not in the rating information published by SIGAR. A November 2013 Congressional report by the Defense Department noted that attrition in the Afghan National Army had been 34.4 percent over the preceding 12 months.

While attrition rates were rated as steadily improving in units of the Afghan national police, those units were rated as sliding in training, leadership, sustainment, and law enforcement operations capability, according to the ISAF data reported by SIGAR before the data was classified. Drastic jumps in the data — five of 18 regional components of the Afghan National Police were “fully capable” of training in April, for example, but only two were in July — raise a possibility that ISAF’s assessment methods themselves may have changed from report to report.

Quarterly reports on the readiness of Iraqi security forces sometimes showed similar fluctuations, according to Stuart Bowen, who served as the Special Inspector General for Iraqi Reconstruction between 2004 and 2013.

More stories on National Security from the Center for Public Integrity

His April 2008 quarterly report noted that attrition rates for the Iraqi Army were around 3.6 percent per month — but he also cited Defense Department information that AWOL reporting rates tended to lag by more than a month. “Changing methodologies” accounted for data variances about Iraqi Security Forces personnel, he wrote.

Still, the US-led military command in Iraq never classified its assessments of the Iraqi security forces, according to Bowen. He said he hopes that Sopko can get the Afghan forces’ assessments declassified again.

Sopko, in a Feb. 2014 report, warned that the NATO command will have to rely increasingly on self-assessments from the Afghan National Security Forces of their capabilities as Western forces withdraw from the country in the next two years. He also urged ISAF to develop a plan for ensuring the validity of those self-reported assessments.

In response, the United States Forces–Afghanistan wrote that ISAF would work to create an “overarching road map” for how ISAF will retain the ability to assess the Afghan police and army.

The US plans to have just 9,800 service members in Afghanistan at the start of 2015, and to halve that over the year. By the end of 2016, the US plans to draw down to just an embassy presence and security component, as it ultimately did in Iraq.

Copyright 2014 The Center for Public Integrity.