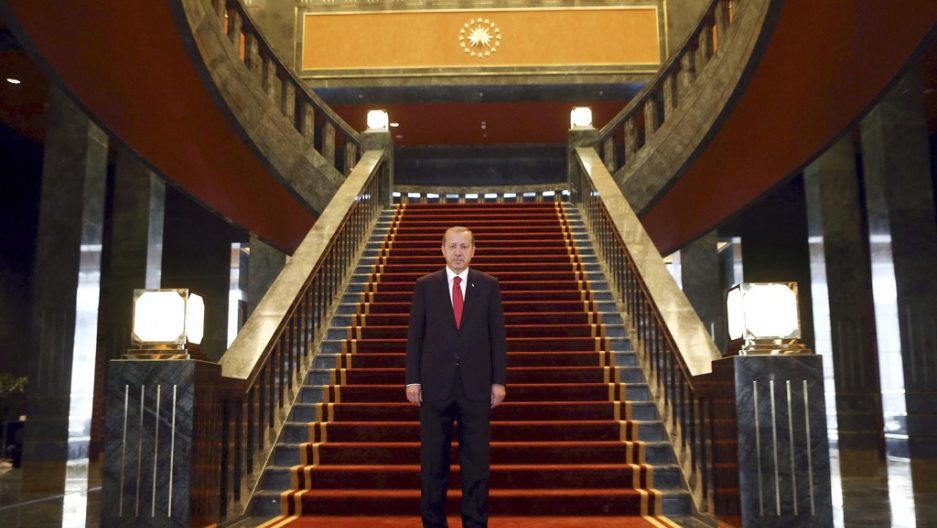 If Recep Tayyip Erdogan's brutal crackdown on protesters in Taksim Square wasn't enough to convince you that he's an autocrat, maybe his crazy new palace will do the trick.

With the Islamic State knocking on the door and around a million Syrian refugees living in his country, the Turkish president inaugurated a fancy new palace that he had built for himself at a cost of $615 million.

What does that buy you these days? The Ak Saray, or "White Palace," comes with 1,000 rooms, 3.1 million square feet of space, and the title of largest residential palace in the world. (Previous record held by the Sultan of Brunei.) It's four times the size of Versailles, for historical comparison.

That sounds about right for $615 million. But there are plenty of other things Erdogan should have done with that money. Here are 7 of them.

1) Deal with the Syrian refugee crisis in his own country

Around a million Syrians are now living in Turkey, having fled a horrifying civil war and the new arrival of the Islamic State. The UN Refugee Agency needs almost $500 million to care for them this year. Erdogan could have footed the bill and still have $115 million left for more reasonably appointed palace.

United Nations Office for the Coordination of Humanitarian Affairs (OCHA) estimates that it would cost $987.8 million to end the current Ebola outbreak. Add Erdogan's palace to the money other countries have already contributed and you'll exceed the magic number.

As of Aug. 2014, OCHA estimates it would need to raise $9.9 billion dollars to cover global humanitarian aid needs for the year. Erdogan's palace could make a big impact in high need areas like Syria, Sudan, South Sudan, the Democratic Republic of Congo, and Somalia, which need billions in aid. And it would cover the entire aid needs of many other countries, including Afghanistan ($406 million), Iraq ($312 million), Central African Republic ($565 million), and Yemen ($592 million).

This would be awfully generous, but hey, why not, when we're building giant palaces. Total student debt in the United States now stands at $1.2 trillion, with the average debtor carrying $29,000. Come on, Tayyip, help us out.

In Turkey, a teacher with 15 years of experience earns an average of $25,189 (compared to a US average of $38,136). So instead of building a palace, maybe hire a bunch of teachers.

If Erdogan is going to insist on indulging himself like a Sultan, he could at least buy a decent sports team. Technically, the Spurs are valued at $660 million, so the palace won't cover it, but maybe some haggling will bring the price down.