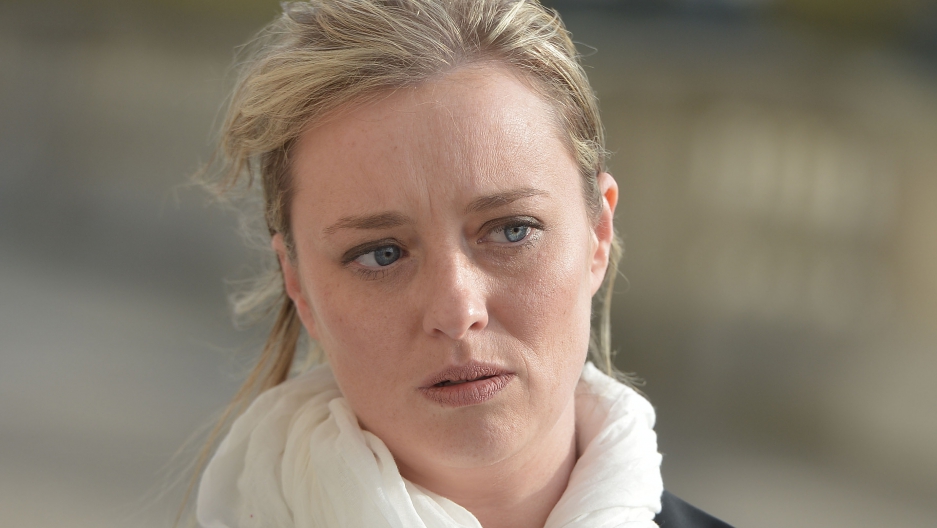 Mairia Cahill says she was subjected to a 12-month cycle of sexual abuse, including rape.
Credit: Charles McQuillan
Share

GLASGOW, UK — Mairia Cahill was Irish republican royalty. Her great-uncle, Joe Cahill, was a moving spirit in the creation of the Provisional Irish Republican Army, the IRA, in 1969, just as British-ruled Northern Ireland was descending into violent chaos.

Mairia grew up in west Belfast, the part of Northern Ireland’s capital where Irish tricolor flags lined the streets, pro-IRA murals adorned the walls and her family name was a byword for staunch allegiance to republican Ireland during the three-decade-long “Troubles.”

But now Mairia Cahill is putting Sinn Fein, the IRA’s political wing, and its leadership firmly under the spotlight for another reason.

Earlier this month, the 33-year-old former Sinn Fein youth official broke a code of silence by going public with claims that a prominent IRA member raped her in 1997, when she was 16.

At the time, IRA paramilitaries conducted a secret inquiry into her account, acquitting her alleged attacker and warning her not to go to the police, Cahill told a BBC documentary.

She said the IRA repeatedly questioned her allegations for months before calling her to a meeting in 2000 with the man she accused.

Such IRA-led extrajudicial investigations were part of life in west Belfast during the Troubles. Nevertheless, the revelations have rocked Irish politics on both sides of the border, dealing a potentially serious blow to Sinn Fein’s ambitions to become the largest party in both the Republic of Ireland and Northern Ireland.

Since the 1998 Good Friday Agreement, which brought the Troubles to an end, Sinn Fein has enjoyed a stellar rise, topping the polls in Northern Ireland during May’s European Parliament elections and winning huge gains south of the border. Recent polls also had the party ascending in the Republic of Ireland.

But now Sinn Fein and its leadership are struggling to answer questions about Cahill’s treatment and the failure to deal with sexual abuse within its ranks.

Sinn Fein leader Gerry Adams has denied her claim that she confronted him about her ordeal, but also said that in the past, the IRA has expelled and even shot suspected sex offenders in republican areas.

Political leaders in the Republic of Ireland have accused Adams — whose brother, Liam, was recently jailed for 16 years for raping his own daughter — of orchestrating a cover-up. The Irish parliament, the Dail, is due to debate the abuse allegations this week.

The controversy comes after another scandal earlier this year, when Gerry Adams was briefly arrested in connection with the 1972 murder of a woman wrongly suspected of informing on the Irish Republican Army.

The latest scandal is making waves partly because Sinn Fein is renowned for its party discipline thanks to the challenges of operating in what was effectively a war footing for almost 30 years.

By the late 1990s, when Cahill’s alleged abuse occurred, west Belfast was effectively a state within a state under the control of Sinn Fein and the IRA.

But now exercising such tight restraint on dissent is becoming a problem.

“The main threat to Irish republicanism in the age of the peace process has not come from the government,” says Paddy Hoey, a lecturer in media at Edge Hill University. “It has come from within the republican movement, from control and abuse and cover-up.”

How much Cahill’s allegations will hurt Sinn Fein politically is unclear. It remains the Republic of Ireland’s most popular party, according to opinion polls published last weekend.

Sinn Fein, which effectively controls half of the power-sharing government in Belfast, is widely expected to consolidate its position as the dominant nationalist party in Northern Ireland during next May’s general elections across the United Kingdom.

The biggest question now, says Mick Fealty, a Northern Irish political commentator, is how much the Cahill case will damage the party in the Republic of Ireland.

“This really caught Sinn Fein off guard,” he says. “It was a bit of a blow to the solar plexus.”

He believes Sinn Fein is lucky that the scandal hit when other groups in Irish politics are weak.

“Nobody can make them really pay for this,” he says. “In six months’ time, we may not even notice any effect from this.”

Unlike in Northern Ireland, politics in the Republic of Ireland have become remarkably fluid. Although the economy has started to pick up after the country’s banking crisis and collapse of the so-called Celtic Tiger, the recovery has been uneven. Anger at mainstream political parties has grown since the last general election in 2011.

Sinn Fein, historically a marginal force in Dublin politics, has capitalized on that mood, positioning itself as a party on the left opposed to costly bank bailouts, swinging cuts to public services, and plans to introduce water charges, which prompted tens of thousands onto Irish streets last weekend.

But even before the Cahill allegations broke, signs were showing that Irish voters may be looking beyond the republicans for political salvation.

More from GlobalPost: This is what Ukraine’s new reformers are facing

Last month, Sinn Fein lost a local Dublin vote it was widely predicted to win to an anti-austerity socialist candidate. In another election on the same day, a little-liked independent took a rural seat expected to be won by Fianna Fail, the party that ruled Ireland for most of its post-independence history before being thrown out in 2011.

“It is the seeping away of support from [established] political parties full stop,” he says. “It’s exactly the scenario that [Irish poet WB] Yeats talked about in ‘The Second Coming’: ‘the center cannot hold.’”