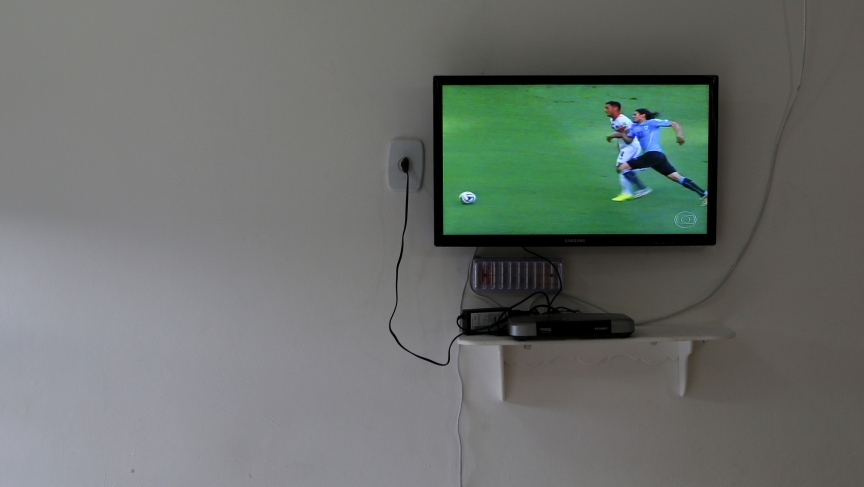 A tv is pictured in the hotel room of photographer Alessandro Garofalo during the broadcasting of the 2014 World Cup soccer match between Uruguay and Costa Rica in Mangaratiba June 14, 2014.

Amazon knows what kind of socks you like and your cell phone knows exactly where you are. But in the TV world, a seemingly antiquated ratings system still reigns supreme.

Despite a recent hit to its reputation, Nielsen remains tremendously powerful as one of the only ways to measure American viewing habits. Jobs — and entire industries — depend on these figures being accurate. They can determine salaries, advertising rates and whether a show lives or dies.

So why does Nielsen continue to hold such sway?

"I think the thing that everyone has to remember about Nielsen and about ratings is that they only exist because of money," says James Poniewozik, columnist for TIME. "It's not like somebody decided to measure the amount of people who are watching specific television programs as a public service to increase our cultural knowledge about what is percolating in the zeitgeist."

Advertisers wouldn't take the word of, say, NBC or ABC as to how many eyeballs they were really getting on their commercials.

"A big part of the reason that Nielsen is able to continue to exist is that there has to be an agreed-on, honest broker to set the standard," Poniewozik adds.

Still, that doesn't explain why Nielsen's approach couldn't be more specific and accurate.

"Netflix bases decisions on an incredible amount of data that networks of the past would dream of having, but we're still doing TV ratings on something more analogous to political polling," says Poniewozik.

Over the years, potential competitors have come and gone. And, every once in a while, Poniewozik adds, you see headlines about TV networks and advertisers trying to pair up to come up with a superior replacement for Nielsen. But so far, an alternative hasn't gotten off the ground.

In the meantime, viewing habits have changed.

"Sunday night has become the Costco of television," Poniewozik says. "And your TiVo is like this big deep freezer that just has delicious television for the rest of the week."

Sunday became such a big TV night in part thanks to HBO, which doesn't have the same ratings and ad revenue concerns as the networks. Poniewozik says that networks know that people don't always watch TV the night it airs anymore, and they've been working to get advertisers to pay for delayed viewing via TiVo and other devices.

Overall, TV is slowly shifting away from mass-viewing and toward a loyal base of viewers. And as a critic, Poniewozik sees that as a good thing for the quality of shows being put out today.